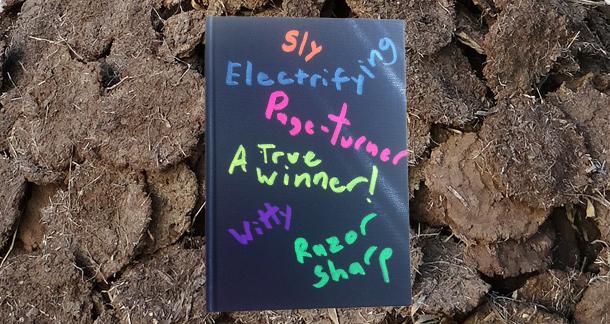 In a big first for me, this column was inspired by something positive. I was browsing books, and I saw this blurb on the back of Dathan Auerbach’s Bad Man:

Cleanup on aisle 9: Bad Man will make a mess of your daily life, will haunt your next trip to the grocery store. And then you’ll want to reread it, just to see how Dathan Auerbach did that. And you’ll be scared all over again.

After a brief high, things turned negative, back to my comfort zone. After you read some good book blurbs, you start to hate the bad ones, the lazy ones, the ones where it seems likely the blurb-er never read the damn book.

I made a list of my least favorite terms, words and phrases that seem to pop up in a lot of bad blurbs. If you see these in a blurb, it’s probably a bad blurb. If you’re writing a blurb, and if you're using these terms, just stop what you're doing. Stop it right now. If someone writes these things in a blurb for your book...grudges have been built from less.

Nothing would depress me more than someone calling my book “wry.” In the hierarchy of humor, “funny” is at the top, and “wry” is the rock bottom.

“Wry” is so annoying because it’s almost always followed by a sort-of explanation of what it means. Something like, “Wry. A dry, witty book that…” Yeah, you just used a word that means “dry and witty” so you don’t need to follow it up with “dry and witty” again. That’s like saying “ATM Machine.”

While we’re on the topic of words in the realm of “funny,” “witty” is pretty bad too. A “witty” book doesn’t contain a scene where someone forgets to wash their hands after wiping away a heinous dump. See, that would be “funny.” You enjoy a book that’s funny. You read a “witty” book because you want to impress someone. And if you’re playing the game of trying to impress people by reading certain things and you are past the age of 20, I feel bad for you, son.

Unless the book is about a child sleuth solving mysteries only appropriate for adults, you can just cut this one right out.

A little tip: if your book isn’t as good as 'Gone Girl', don't reference 'Gone Girl' on the cover.

“It’s like Gone Girl crossed with The Fault In Our Stars.”

You just named two things that people like, but they don’t really go together. “It’s like a a pizza with bourbon poured all over it.”

A little tip: if your book isn’t as good as Gone Girl, don't reference Gone Girl on the cover. Readers will just think, “Man, I wish I was reading Gone Girl instead of this right now.”

I’ve read maybe 2 books that made me laugh aloud for real. It’s not normal in the reading experience. Perhaps you’re a maniac who laughs heartily at half the books you read, in which case asking your opinion on what’s funny is like asking my opinion on what’s new in the world of high fashion.

Of what? It’s like saying, “This book made people feel things.” Okay, what things? That’s sort of what I’m interested in.

We already know. If a book is in print and in a bookstore, if it’s gone through the publication grinder and come out the other side in something that at least resembles a book, it’s already a winner. Not insightful, not helpful.

Criminally overused. How come nobody ever says “A heavy-petter of a book.” I’m repulsed by that phrase, which means I would HAVE TO pick up that book and look inside. 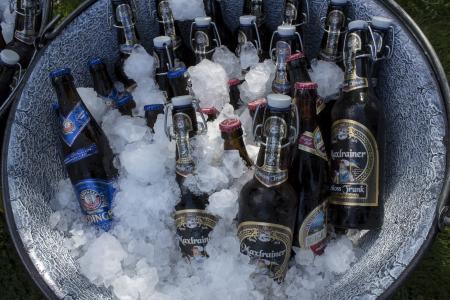 This is the “Ice Cold Beer” of the book world. Prepare to hear a complaint about ice cold beer.

When liquor stores advertise “Ice Cold Beer” it’s like, “First of all, big deal, welcome to 1755 when William Cullen designed the first small refrigerator that provided the basis for modern refrigeration.” Second, I buy a case of beer, walk it out the door, and from there all temperature bets are off. I can’t return a beer because it’s no longer ice cold. Believe me, I know from experience.

Point being, it's really up to the user how cold the beer is when it goes in their mouth. Likewise, it's up to a reader how fast a book goes in their face.

The pace of a book, sure, the author does some of that, but if I read slow as shit, or if I’m bored, it ain’t fast-paced.

“Unique” doesn’t necessarily mean “good.” It means “different and unusual.” That’s not always a good thing. Peeing all over my pants on New Year’s was a unique experience for me. What else needs to be said?

It’s 2019. Electricity ain’t that cool. Don’t get me wrong, I’m glad I have it. But shouldn’t we have moved onto “Geothermal!” or something by now? Is electricity the hot new shit?

I will assume that razors are sharp. You can tell me that a book is sharp or that it shares qualities with a razor, but you don’t need to tell me both. It’s like “Boiling hot” or “Peter Derk Stupid.”

As is literally every book ever committed to print. This HAS to be a blurb people use when they’re like, “Shit. I don’t know what to say about this. I guess I’ll say something about the mechanics of it as a physical object”

Ehhhh. Look, I think a good book is a little like sexy time. Do we really want to describe sexy time as “Smartly plotted”? Or is it better if it’s sort of just like a bunch of stuff happened and everyone left satisfied? 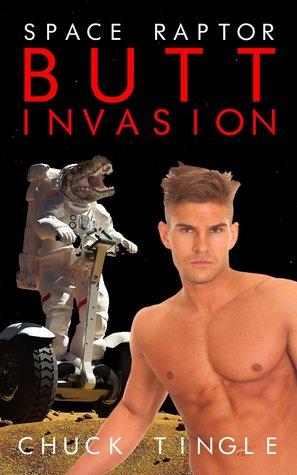 If something is timely now, it ain’t timely tomorrow. It’s probably not even timely by the time it comes out. You know what’s timely? Breakfast. When it’s eaten in the morning.

One For The Ages!

What does that even mean? One what? What are the ages? And again, isn’t everything “one for the ages” in some sense? It’s a thing that exists in time? Anything that can be applied to, say, the motion picture Rampage might not be the best endorsement.

Got any blurbage that just pisses you off?

Brand new books being described as "prescient" or "prophetic."

Taught. I absolutely have the word taught. If someone describes movie, series, or book as "taught" then it was most likely overcomplicated and the person didn't understand it and didn't want to feel stupid.

“Sideways” is the blurb equivalent of someone telling you they are zany.

This term is often used to describe a book that the author or reviewer feels is particularly good, but it doesn't actually tell readers anything about what the book is about. navigate here