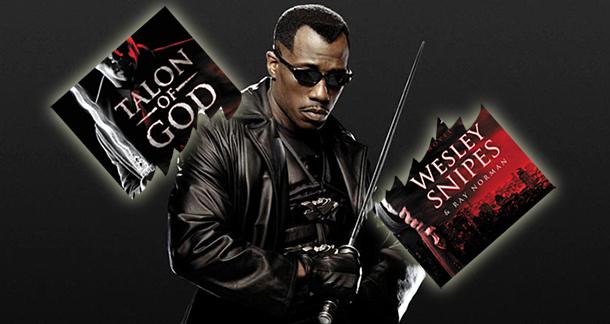 Ray Norman was just about finished with the day’s writing when someone kicked in his office door and stormed inside. The man, dressed in black and carrying a sword, looked exactly like Blade, only a little older.

“You look exactly like Blade,” Ray said. “Only a little older.”

The man grinned. “What a coincidence!” He gripped the sword with both hands and swung it at a ficus plant in the corner of the room. The blade bounced off the bark like it was made of plastic. “For that is exactly who I am.”

Doctor Wesley Snipes nodded. “You’re goddamn right. Doctor.” He looked around the room and pointed at the ficus he failed to sever with his fake sword. “If we are going to be writing together, I demand you send that abomination directly to Hell first.”

Ray scrunched his brow. “What is wrong with my—wait, what? Writing together?”

Doctor Wesley Snipes leapt on top of Ray’s desk and stood in a crouched position, boots crumpling piles of various documents. He gritted his teeth and aimed the plastic tip of his sword at Ray’s throat. “You are...the Ghostwriter, correct?”

Sure, the sword was plastic, but that didn’t mean it wouldn’t hurt if this lunatic decided to thwack him with it.

“I...yeah. I ghostwrite. Yeah. You want me to ghostwrite a book for you, is that it?”

He kicked a cup of pencils off the desk. “I am a doctor! I hide behind no writer of ghosts!”

“Doctor Snipes.” Ray wiped sweat from his forehead. Sure, the sword was plastic, but that didn’t mean it wouldn’t hurt if this lunatic decided to thwack him with it.

The man smiled and climbed down from the desk. He sat on a chair across the room and crossed his right leg over his left knee, laying the sword across his lap.

Ray opened his mouth to speak but Doctor Wesley Snipes cut him off. “I want you to think about the best idea for a book you’ve ever conceived. Quick. What is it?”

Ray scratched his cheek and leaned forward, no longer questioning that Wesley Snipes sat across from him. He wasn’t the first nearly-forgotten celebrity to barge into his office, and he wouldn’t be the last. “Well, lately I’ve been thinking about this book that could be a mix of Blade Runner and—”

Doctor Wesley Snipes pointed his sword at Ray. “What the fuck did you just say, Ghostwriter?”

The doctor jumped to his feet and waved the sword around wildly. “You mean to tell me, by pure coincidence, I come in here and you’ve already started planning a Blade book?”

Snipes kicked an invisible enemy. “I don’t recall ever playing in such a motion picture.”

“It isn’t about Blade. It’s just the title. How do you not know what Blade Runner is?” Ray was positive he was being screwed with.

“Hmm.” Snipes sat back down. “Ridley Scott’s lawyers will hear about this. Thank you for bringing it to my attention. Now, proceed to tell me your idea.” He shook his head. “Actually, never mind. Let’s be honest, Ghostwriter. Your idea was probably terrible. But that’s why I’m here. I’m the idea man. You? You’re the keyboard man.”

“Uh, okay.” Ray eyed his cell phone and debated calling the police. “So, Doctor Snipes, what is it you have in mind?”

“Whenever someone spots me in public, what do you think they say?”

The words left Ray’s mouth before he realized what he was saying. “‘When are you going to pay your taxes?’”

Snipes stopped smiling. His hands tightened around the hilt of his sword. The room went silent. “No. That’s not what people say.”

Ray shrugged, not sure why they were even having this conversation. “So, why don’t you go make one?” 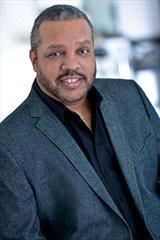 Doctor Wesley Snipes grunted. “Because it isn’t that easy! I am not in charge of the franchise. I do not own the rights. Other people do. And they’ve all forgotten about me. They don’t even realize I’m the fucking reason all these superhero movies are so popular. They don’t recognize what they owe me. I’m nothing to them.”

Ray stared wide-eyed, terrified the doctor was about to start crying in his office. “What are you going to do?”

The doctor’s sadness transformed into excitement. “Glad you asked, Ghostwriter!”

He shook his head. “I’ll never remember that.”

Doctor Wesley Snipes cracked his knuckles and repositioned himself on the chair. “So, since I can’t bring them a Blade movie, I can do the next best thing. We can write the people a Blade novel.”

“Do you have the rights to publish something like that?”

“Nah, but that’s okay. I came up with a loophole. Instead of actually writing about Blade, we’ll write a novel about someone just like him. Someone who I could easily play in a film adaptation. Someone...badass.”

“And you want me to write it with you.” Ray remained uncertain he wasn’t being pranked.

“Will you team up with me, Ghostwriter?”

“I mean, we’ll have to work out a collaborator agreement, but...sure, I guess. What is it you have in mind?”

Doctor Wesley Snipes clapped his hands and rubbed them together. “Okay, so people love Blade because he carries a sword, right?”

“So the guy in our book, he’ll also have a sword. But instead of vampires, our boy’s slicing up motherfucking demons. Straight from Hell. Our boy’s a goddamn warrior of THE LORD.”

“Mmm-hmm. This book, not only will it be a supernatural thriller, but it’s gonna be spiritual as all hell. Oh shit! I got it!”

“We’ll describe it as an urban fantasy supernatural spiritual thriller.” 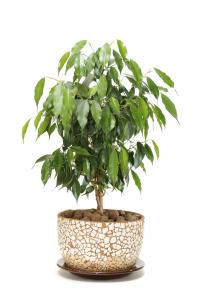 “Those are a lot of words.”

“Exactly. The more words you use, the more serious people take you. Shit, I thought you were the writer. Don’t you know anything?”

Ray shrugged. “Okay, so this Blade guy, he works for God.”

Doctor Wesley Snipes stood and swiped his sword through the air. “He’s a spirit warrior from the Holy Sea!”

“What, uh, what exactly does that mean?”

“Who gives a shit! I’m Blade, motherfucker!” Doctor Wesley Snipes charged the ficus and swung his sword at it. The tree wobbled and quickly regained its balance. Defeated, he returned to his chair. “Perseverance, faith, love. These are the themes we have to tackle. Our characters are going to be faced with the greatest challenges in the world and learn to believe they are blessed and loved. People eat that kind of shit up. Especially people who read urban fantasy supernatural spiritual thrillers.”

Ray couldn’t believe it, but the guy kind of sounded like he knew what he was talking about. “Okay, so we have this Blade guy killing demons. What else? We need more plot.”

“Homeless people are being turned into demons! Because of drugs!”

“It’s a new drug! It looks like green slime.”

“So the homeless people, they’re being turned into this army of demons, and Blade, he’s the only guy who can save the day. But wait. We need more. A woman! What if he became friends with a woman, and they partnered up?”

Ray opened a drawer in his desk and searched for his stash of cocaine. He figured there was no reason to fight the inevitable. “Wasn’t there a woman who worked at a hospital in the first Blade? Might as well just copy that directly into the book.”

Doctor Wesley Snipes stared at Ray like he was going to murder him, then smiled. “That’s fucking brilliant, Ghostwriter!” He spun around and roundhouse kicked the ficus to the ground. He raised his arms and howled. “FUCK YOU, TREE. I AM BLADE.”

Ray nodded, really getting into the idea now. “Yeah, and she could be the chosen one, and maybe you, the Blade guy, he could be trying to protect her from the homeless demons.”

And so, that’s exactly what Ray did.

And two and a half years later, Ray Norman and Doctor Wesley Snipes had themselves a seven-hundred-page epic, which they then split into three installments.

They called the first novel…Talon of God.

Dino Parenti from Los Angeles is reading Everything He Gets His Hands On August 18, 2017 - 8:33am

"When are you going to pay your taxes?"  I pretty much died right there.

Madix-3 from Germany is reading Oeathbringer by Brandon Sanderson August 21, 2017 - 8:56am

Okay I'll be frank, I did not see the Punchline coming.
The punchline being, of course, that this is actually a thing.

I am searching everywhere trying to find out why Wesley Snipes is identified as Dr. Wesley Snipes. Can you shed any light on this?