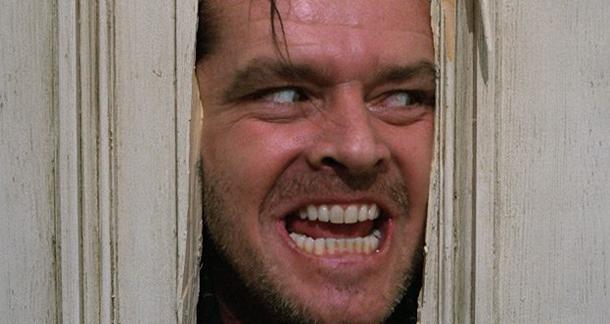 Didn’t notice I was gone, did you?

That’s okay, I didn’t miss any of you, either.

For those of you who weren’t aware of it, I took a six-month hiatus from good old LitReactor. I mean, shit, after seven years and 120 some odd columns, I figured I needed a little time to myself.

And by time to myself, I mean time to write about stuff other than books being written by other people. I had to wrap up a few of my own books and do a little bit of ghostwriting on top of that.

To be honest, I can’t say I missed writing about other people’s books. Sure, I wrote a few reviews and posted them on my website and the usual book haunts. But during that six-month absence, I made it a point to go all Owen Laukkanen on my books.

If you don’t know what going Owen Laukkanen means, it basically means I vowed to write 5000 words a day no matter how tired or grumpy or sleepless I was.

If you don’t know what going Owen Laukkanen means, it basically means I vowed to write 5000 words a day no matter how tired or grumpy or sleepless (shocker, I’m an insomniac) I was. I would work morning and night, taking little breaks in-between to make sure the wife and kids were fed and that we didn’t stick to the floor when we walked on it. Surprisingly, my little routine worked out well. Sure, there were days when both my brain and body tried to talk me into sitting down and watching Daniel Tiger with the baby—and trust me, I still did plenty of that. The baby acts like my little battery recharger whenever I get stuck or frustrated—or better yet, lie down and sleep longer than four hours in a stretch, but I stuck it out and managed to wrap up the following:

3 novels. (First drafts. Two are very polished first’s, and sometimes I have my doubts the third is even a finished first. This mostly has to do with its size and the sheer amount of cutting I’m going to have to do to it. By the way, this is the book I’ve been working on the longest. Funny how that works out, huh?)

2 short story collections. (The first is already out for submission and I’m hanging back on the second until the first finds a home. You see, they’re kind of a couple in the biblical sense.)

4 novellas. (Can we go ahead and stop calling these things novellas, and just call them what they actually are: NOVELS. Seriously, one of these sons of bitches took me close to four years to finish.)

A metric shit ton of poetry.

16 unaffiliated short stories. (All stories I wrote after I put the two collections together.)

And finally, 12 columns for the dearly departed Gamut Magazine. (Actually, six, because I wrote the previous six while still here at LR. But, those columns were significant to me because I started seriously outlining my first book-length nonfiction piece and a handful of lengthier essays during that time.)

Now, before any of you start calling bullshit, and saying that nobody can write that much in six months, I’ll go ahead and put your mind at ease.

I FINISHED these projects in the past six months. Outside of the poetry, unaffiliated short stories, and novel #3, I started most of this work YEARS ago. In a few cases, seven years ago. Trust me, I in no way wanted to take this long on any of these projects, but that’s just how some stories work out. You’re full of fire at first, tons of enthusiasm, and then for some reason, the bottom drops out and you move on to something else. Most writers, well, they would take this as a sign that maybe something about the story is off and would decide to delete it, start something new.

That’s not my bag.

I keep my “garbage,” tuck it away, and then come back. Usually, it’s not all that bad and I get back to work on it. This method may not work all that well for some folks, but it’s been treating me alright the past few years.

Anyway, I’m happy to be writing Hack-Dad again, and only a few things are going to change about it, other than there’s going to be a lot more me. Sure, I’ll be passing along markets and tips to earn some bucks.

But other than that …

Yeah, you’re going to get a big old eyeful of my narcissism and general neurosis along with the super fun struggle of being a full-time parent and a novelist.

A new banner’s coming, it’s just been a little tough to coordinate three other people who all think they have better ideas for the photo than you do.

Congrats on all your achievements, Keith! Good luck with them.

Social covert agent WhatsApp hacking device is presented exceptionally for WhatsApp observing. As of late it has acquired a ton of ubiquity and a few negative surveys have likewise come its looking for reviews direction. Essentially a site allows the clients to go into somebody's WhatsApp account simply by giving the objective individual's cell phone number.