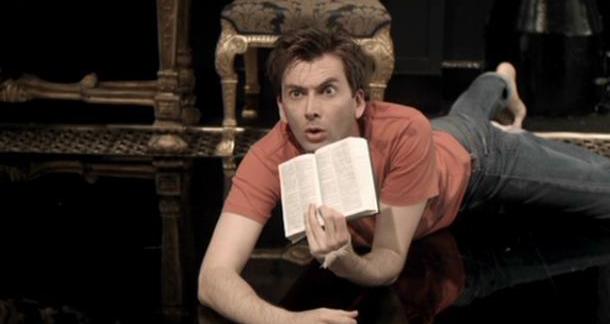 You’ve decided to go to graduate school for English, welcome to the club!  Unfortunately, the GRE general test is required in order to apply to the vast majority of English departments in the United States, and the Literature in English test is required by 41.5% of those departments. But why do departments require the subject test? What’s on the exam? How do you study for a test like that? Well, I’m currently studying for said dreaded exam and I am here to help, or at least illuminate a bit.

The general Graduate Record Examination test was created in 1949 by the Education Testing Service (ETS) as a way to measure the skills a student has acquired, and while the GRE may not be the most telling part of a student’s graduate school application, it is certainly important. The test is divided into multiple verbal reasoning, quantitative reasoning, analytical writing, and experimental sections and is scored on a range of 130 to 170. The test adapts as it progresses, depending on how the taker does on previous sections. For instance, when I took the test the quantitative reasoning sections got easier as I went because I am terrible at math and my verbal reasoning sections got increasingly difficult. There are endless prep materials for the GRE general test and if you go into it knowing what to expect, you should do fine.

Start early. The test covers an overwhelming amount of information, and trying to study a few weeks before the test will likely exhaust you.

GRE subject tests are on the decline; in the last twenty years the Computer Science, Economics, Revised Education, Engineering, Geology, History, Music, Political Science, and Sociology subject tests have been discontinued, leaving the Biochemistry, Cellular and Molecular Biology, Chemistry, Literature in English, Mathematics, Physics, and Psychology tests as the only active subject tests. The GRE general test is often criticized for not being a good indicator of graduate performance, but I doubt it is going anywhere any time soon since most schools still require applicants to take the exam. Subject tests, on the other hand, depend on how many departments still require the test for admission; according to the Modern Language Association (MLA), the percentage of English departments in the US requiring the English subject test was down to 41.5% in 2004-05 from 44.8% in 2000-01. The next time the MLA updates the aggregate data for English doctoral programs, this number is likely to have decreased even further. Not only are certain departments finding that the test may not be the best indicator of how a student will perform in their program, but it also expensive.

The general GRE test is $195 to take, including sending your scores to four programs; if you are applying to more than four programs (which is normal due to the increasing level of competition for doctoral spots) the fee is $27 per score. The subject test is $150 to take, and the same score fees apply. I took the general test last October and am taking the subject test this September, so I spread my fees over a period of time. However, when you combine testing fees with application fees for departments, which usually run from $50-$110 per school, the cost of applying to graduate school is extremely high.

If you’ve already researched where you want to apply and the subject test is not required at all of the programs, rejoice! You’ve just saved a lot of money! If it is not required but “highly recommended”, I suggest you take the test. Applying to graduate school for English has become increasingly competitive, especially at programs that fully fund their doctoral students and are experiencing funding cuts, and the GRE subject test (depending on how you do) will only make your application that much stronger. The test helps admissions committees get a grasp on what you are bringing from your undergraduate or previous experience, especially since most doctoral students are expected to teach undergraduate courses during their program. So, what’s even on the test?

According to the ETS site, "each edition of the test consists of approximately 230 questions on poetry, drama, biography, the essay, the short story, the novel, criticism, literary theory and the history of the language” over a period of three hours. The exam is scored on the old GRE scale, from 200 to 800; there is no penalty for not answering a question and the penalty for getting a question wrong is small enough that if you think you may know, it is best to guess. The subject test is getting increasingly harder to create; the literary canon is only growing and departments vary widely on what is taught to undergraduates. The scope of the test is massive as well, with four main groupings of questions over the entire American and British canons, and a chunk of the world canon as well. Questions are divided into literary analysis (40-55%), identification (15-20%), cultural and historical contexts (20-25%), and literary criticism (10-15%). The literary analysis questions are meant to focus on interpreting passages, identifying genres and allusions, pinpointing rhetorical strategies, and so on. The identification questions ask students to identify dates, authors, and a work by its particular style or content. The cultural and historical contexts questions deal with literary and cultural history, author biographies, and plot details. Finally, the literary criticism questions deal with analyzing and identifying critical and theoretical literary approaches. The GRE subject test site states that the historical scope of the test is:

The ETS recognizes the sheer enormity of the test’s content: "the very length and scope of the examination eventually work to the benefit of students and give them an opportunity to demonstrate what they do know. No one is expected to answer all the questions correctly; in fact, it is possible to achieve the maximum score without answering all the questions correctly."  So, how do you go about studying for a test that covers this much material?

Unfortunately, there are not as many prep books for the Literature in English test as there are for others. While I chose to forego a prep book for the general GRE test and did perfectly fine, I did pick up the Princeton Review’s prep book for the subject test and am glad I did. The prep book outlines which literary terms, theories, works, and authors are essential to know for the test and breaks them down into primary, secondary, and extra reading lists in order to help you prioritize.

Because examinees tend to remember most vividly questions that proved troublesome, they may feel that the test has included or emphasized those areas in which they are least prepared.

There are some works that will either always show up on the test or will be referenced to by other works on the test. If you are not familiar with Homer, Sophocles, Virgil, and the figures of classical mythology, I’d suggest starting there. You should have a relatively firm grasp on certain books of the Old Testament (Genesis, Exodus, Job, Daniel, etc) and on what occurs in the New Testament—they will absolutely crop up somewhere on the test. Beowulf and the Canterbury Tales are important to at least be able to identify, as is the Inferno. At least one Shakespeare work will appear, though there may be multiple, and you can absolutely count on encountering Milton’s Paradise Lost. Basically, you should be familiar with the major works and authors of various time periods and movements. For instance, you should be able to identify the Castle of Otranto as the first Gothic novel. While theory isn’t a huge portion of the test, it is a good idea to brush up on the major fields of criticism.

Now that you know what to study, how should you go about doing so? First things first, start early. The test covers an overwhelming amount of information, and trying to study a few weeks before the test will likely exhaust you; I’m taking the test in September and started studying this June. I’ve already mentioned the Princeton Review prep book and it is a great starting point. I learn well with notecards, so I have stacks of those around my room and try to look at them at least once a day, though it doesn't always happen. If you have time to re-read the major poems and some of the major prose works then that’s fantastic; if you don’t have time to read an entire work, like Moby Dick, read a chapter just to get a feel of the author’s style so you’re more likely to be able to identify them, and try to be familiar with main character names or locations in major works that you haven’t read. Focus on areas you are not strong in; I have a Master’s degree in early modern literature so, while I will certainly review Shakespeare, Dryden, Milton, et al, I am focusing more on time periods and movements that I haven’t dealt with for a few years, like the 18th century. If you are an auditory learner, Yale and other universities upload English lectures to YouTube frequently, so if you want to brush up on theory or a certain period, I suggest going to YouTube and watching a few lectures. If you don’t have the time to sit and read dozens of poems, downloading or listening to poetry readings is a good alternative; Anthony Hopkins and Alan Rickman have been helping me memorize Tennyson and Coleridge for weeks now. Finally, the GRE site and most prep books offer free practice tests so you can gauge where your strengths and weaknesses are within the canon.

The GRE subject test is a frustrating goliath, but is often necessary if you want to apply to graduate programs in English. We’ll see if it dies out over the next decade, but for now, happy studying, and if you see me at the test center in September please ignore my panicked countenance.

Is 99papers legit? I was impressed by the special attention the writer paid to the requirements and my personal demands. some corrections were still necessary but the quality was fine and the work was submitted without any delay. Thank you so much!