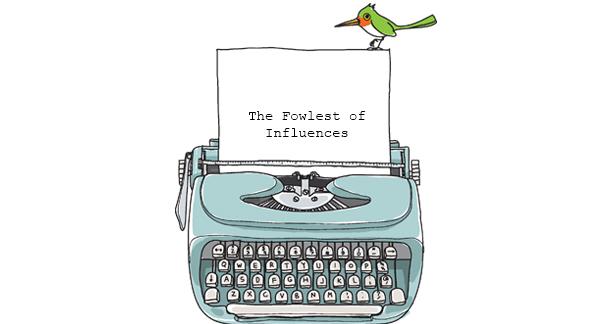 Every day, outside my window, high in the snags of an aging pine grove, I listen as a pileated woodpecker chisels away. Its rapid series of hammering taps match my keyboard strokes as we both labor to subsist. A bird that drills with its head into solid wood for lodging and a meal of carpenter ants seems to possess a skill set similar to the freelance writer: patience, commitment, and a dash of non compos mentis. cRaZy, as I call him, is at it from morning to night. When I decide to take breaks during the day, cRaZy is still at it, toiling away in an inspirational one bird tango.

I reside in a modest, single-sloped roof abode that I whimsically augment in conversations as the ‘High Chalet,’ perched on a hilltop in upstate New York nestled between the picturesque Catskills and Adirondacks. Oh, sure, it can be a bear in winter, like this past year when we got walloped with thirty-six inches of snow in one storm. But it’s a “take the good, take the bad” kind of environs, and on the plus side, we have a quiet haven for the varied species of birds that have made our seven wooded acres a popular avian destination. That’s propitious circumstances for a novice bird-watching family who’ve been on the verge of starting life-lists for the past three years, and also for me personally as I’ve adopted life lessons into my daily writing habits that I’ve learned from our feathered neighbors.

Blue jays, finches, cardinals, chickadees, hummingbirds, mourning doves, robins, juncos, grackles, woodpeckers, starlings, sparrows, crows, and hawks are just a few among the many species that visit our feeders and inhabit our area, some only for a few weeks as they pass through on their migratory journeys. True to their extinct theropod cousins, there is little sign between rubrics of the harmonized nature we’ve seen in Disney animations with cheerful chirps and charitable aid, and instead it’s a passionate flow of malevolence in relentless struggles for territorial rights to food sources. Beaked F-15s and Mig 35s strafe one another in wing-to-wing combat, battling for preeminence. Still, aerial dogfights aside, I’ve found the more communal behaviors within subgroups to be personally rewarding and incredibly influential to my writing, even serving as a guide for my social network presence. My analogies may come across as bird-brained to some, nonetheless, here they are. 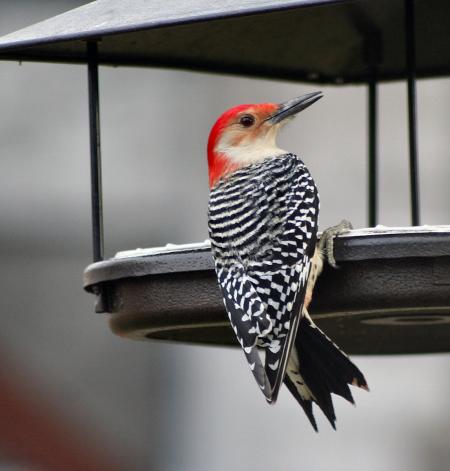 As previously described, the seemingly addled, red-crested Picidae is a busy bird. He plucks enough pulp out of a tree in any given week to produce several full-length novels, enough to keep Jack London harried, who was proud of his paltry one thousand words a day. Perseverance, that keep-at-it attitude, I would argue is the biggest hurdle when it comes to writing. You don’t need to go see the latest movie on opening night—Hollywood has probably screwed up that adapted novel, anyway. Be the woodpecker. As a writer, you need to keep your ass in the chair, don’t let bullshit sidetrack you, and peck, peck, peck. Or better yet, as Hemingway put it, “Bleed.” 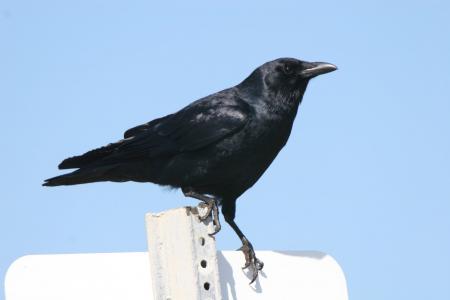 Crows are considered the intellectuals of the bird world, known to pass information on to succeeding generations, to solve complex puzzles (like dropping nuts in the path of moving vehicles to break open the shells), to give gifts to strangers who have helped them, and, my favorite crow characteristic since I can attest to it, for their keen facial recognition. Each morning after making a cup of tea, I step out on the deck and see a lone crow we call Harvey perched atop a birch tree. To my ears, his cordial greeting of ‘caw, caw’ is him saying, “Morning, David!”, though cynical hearing may assume the corvid is more likely alerting, “Food, food!” Additional 'caws' bring his close-knit family and loyal friends who offer their own salutations. I admire how they communicate and share, building a cooperative network on their rounds of go-to stops to sustain their needs.

After a decade of my own networking, I have become somewhat sapped by liking, sharing on a one way ‘quid pro quo’ avenue. Fellow Bloggers, Facebookers, Twitterati, etc. are understandably a busy lot and with algorithms deciding for us what’s worthy to be seen, it can feel cold in the internet bowels. Maybe I’m stretching the similarities here but I’m loyal to those I’ve connected with and I do my best, regularly going the extra mile, to shine a light on them and others in the community. It’s not difficult to hit the “like” button to acknowledge ‘yes,’ ‘hello,’ ‘nice to see you today,’ and while I may not be a fan of what’s the best lure to use to catch a 20-pound bass or whether to prewash fabric before a quilting project, or whatever, I’m liking the fact that you took the time to share a part of your interests with me. If anyone disagrees with my method, well, then, “Caw you!” 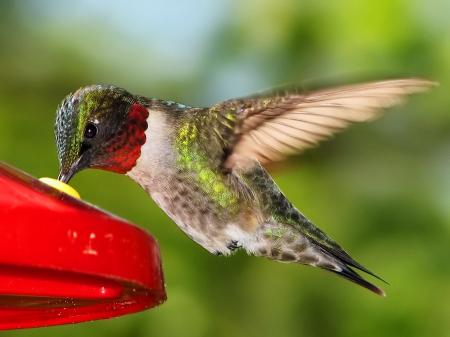 Hummingbirds are magical flights of fancy that visit us muggles, conjuring an aura of awe and bliss. If you walk by their nectar feeder or the honeysuckle bush, you’ll hear them zip past like Solo’s Falcon surging in from hyperspace. Our ferocious hunter cat, King Arthur, is able to snag a winged morsel once in a blue moon but never a hummingbird. Their speed and agility totally flummoxes his super-feline senses, and it’s funny to watch his confused expression when one buzzes by him sounding like an oversized bumblebee, lucky to catch a glimpse in the rearview. I doubt he’d ever be able to accurately explain what a hummingbird looks like to his tabby companions.

Just what have these flying jewels shown me? I’m slow. Too slow. And I need to move fast if I don’t want to be devoured by predators. Now that’s not to say I should rush to get my work out there; however, the flipside, holding onto pieces much too long, seems to be my Waterloo. So, these days I shoot for a happy medium, and the hummingbirds remind me to step it up. Don’t get sloppy but move with a sense of purpose, don’t second guess to the point of becoming paralyzed, and hit those deadlines.

There are many more lessons to be learned on this writing journey ... I’m watching, listening.