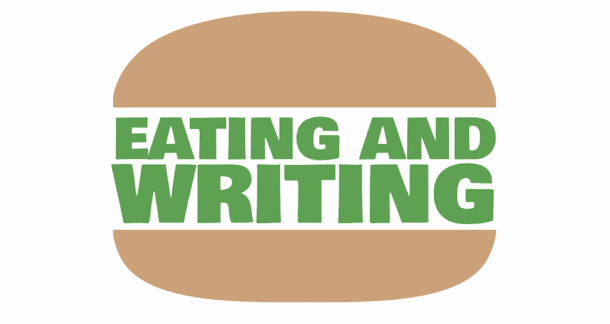 Header image made with Put Words Between Buns by Ian Bogost. Drawings by Roy Christopher.

The process of writing is one of those things that eludes even those of us who do it every day. Sometimes sentences just pour out of you. Sometimes you go weeks with nothing. When I'm in the flow of the sentences, I'm always trying to figure out how to make them the best I can. When I'm in the nothing of the nothingness, I'm always trying to figure out ways to recalibrate my approach. Maybe if I do that part first instead... Maybe if I sneak up on it this way... Maybe if I have a snack...

Eating and writing sometimes feel inextricably linked. They are both done sitting at a table after all. There are also so many things done in the service of eating that aren't eating and in the service of writing that aren't writing. I'm thinking of recipes and cooking done before eating and the cleaning up done after; the planning and research done before writing and the editing done after.

I'm writing about writing here of course, but these ideas are applicable to other creative pursuits as well. So, with lunchtime in mind, here are three food-based tips for research and editing. 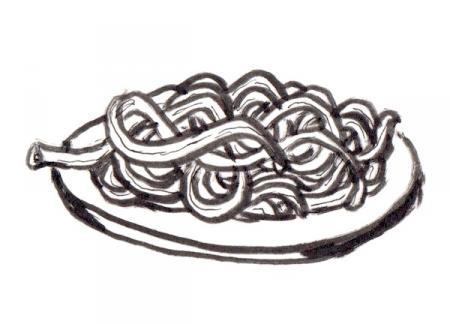 Making Waffles Out of Spaghetti

After the success of Men are from Mars, Women are from Venus (HarperCollins, 1992), the self-help relationship subgenre shelf saw many more man-woman binary metaphors. In one such book, Men Are Like Waffles, Women are Like Spaghetti (Harvest House, 2001), Bill and Pam Farrel argue that men compartmentalize all the things in their lives like the griddled grid-shaped breakfast food, that they think in boxes. And women think of everything as intertwined like so many wet noodles. It's a ridiculous analogy, but one that I thought about for years.

One day in the library on campus, while tracking down yet another citation for whatever paper I was working on, it hit me: Writing is Like Waffles, Research is Like Spaghetti. When we're putting together the theses, arguments, paragraphs, and sections of an article, a chapter or a book, we're compartmentalizing the information into an easily digestible, grid-like structure. The research we do in the service of those waffles is like pulling apart noodles. It's like we're making waffles out of spaghetti!

It's only an analogy, but one that has helped me make sense of some of the research process. 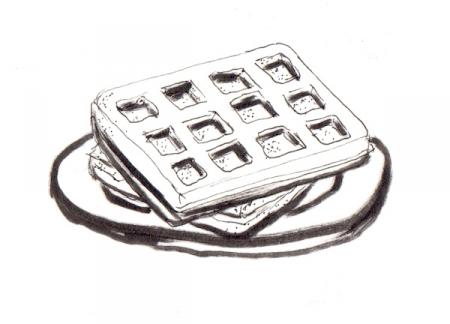 Arena-rock pioneers Van Halen infamously insisted on M&Ms with the brown ones picked out, as shown below on page 40 of their tour contract. Everyone I heard tell the story accused them of being diva rock stars because everyone knows the M&M colors all taste the same. 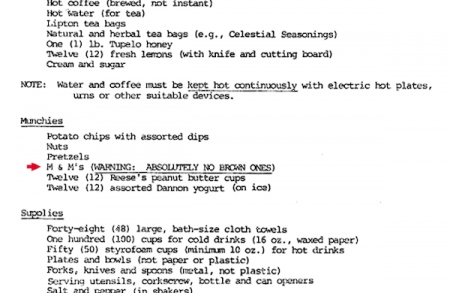 Van Halen was the first band to take huge productions into tertiary, third-level markets. We'd pull up with nine eighteen-wheeler trucks, full of gear, where the standard was three trucks, max. And there were many, many technical errors — whether it was the girders couldn't support the weight, or the flooring would sink in, or the doors weren't big enough to move the gear through.

It was a colossal production, any mistake pregnant with the potential of not only crippling the show but also destruction of property or injury to person. "So, when I would walk backstage, if I saw a brown M&M in that bowl," he continues, "well, line-check the entire production… They didn’t read the contract. Guaranteed you’d run into a problem. Sometimes it would threaten to just destroy the whole show." It was a test. A brown M&M was an indication that everything might not be up to the requirements of the contract.

If you see a small spelling, grammatical, or factual error in a piece of writing, it makes you wonder if the piece has been edited, copyedited, or even looked over one more time before it reached you. That's a brown M&M. It casts doubt over the whole thing. As a writer, you want to make sure you remove all of those.

Okay, I couldn't come up with a third food-based piece of advice, but this one is close: Do a table read. One of the most satisfying things about writing scripts is hearing them read aloud by a cast. There's also nothing more helpful in finding out what's not working on the page. Awkward dialog, weird phrasings, and unnatural rhythms will all be evident in a table read.

For example, if you write “fill wind” when you mean to write “will find,” you might not see it on the page, and your spell-checker won’t catch it. If you read it out loud, you have a much better chance of catching brown M&Ms like that. You can do this with any kind of writing. Just read it out loud. All kinds of things you won't catch editing on the screen or page will pop out when read aloud. I can't recommend this enough. 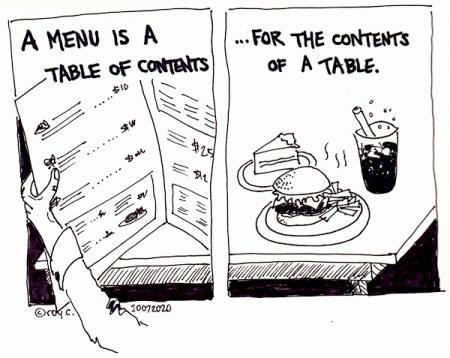 Get Crazy From the Heat at Amazon

Roy Christopher is an aging BMX and skateboarding zine kid. That’s where he learned to turn events and interviews into pages with staples. He has since written about music, media, and culture for everything from books and blogs to national magazines and academic journals. His books include Dead Precedents (Repeater, 2019), Boogie Down Predictions(Strange Attractor, 2022), and Escape Philosophy (punctum, 2022), among others. He holds a Ph.D. in Communication Studies from the University of Texas at Austin. As a child, he solved the Rubik’s Cube competitively.

5 Reasons Why You Should Join A Book Club

Books We’re Looking Forward To In 2023

"This Story Will Change" by Elizabeth Crane & "Book of Extraordinary Tragedies" by Joe Meno.