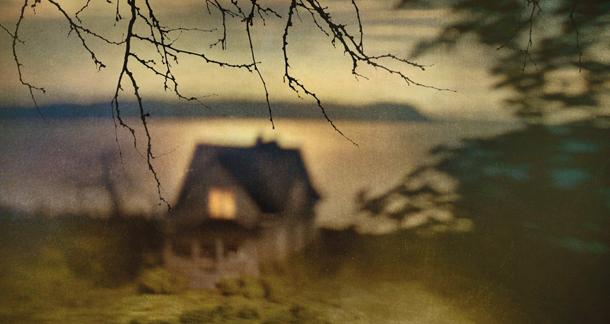 Sexuality is a complicated thing, and it seems to be getting more complicated every day. That’s not some moral indictment, as I’m a very open-minded guy. It’s just an expression of shock and confusion over these evolving times, especially the last five years or so. In this age of #metoo and debates about whether or not straight actors should play trans roles, all I can do is sit back and listen to those in the know.

Sometimes it feels like that song by Blur, “Girls and Boys”, with the lyrics: “Girls who are boys who like boys to be girls who do boys like they're girls who do girls like they're boys. Always should be someone you really love.” I’d like to think it’s that last bit that really matters, that anyone should be able to love anyone as long as they’re two consenting adults. But even with this live-and-let-live attitude, it’s still somewhat perplexing, so I turn to stories to teach me empathy and educate me about lifestyles outside my perspective.

Take, for instance, Christopher Buehlman’s The Necromancer’s House, which has a surprisingly complex and sensitive portrayal of sexuality that I was not expecting when I first picked up the book.

Buehlman has published five novels, including Those Across the River (2011), Between Two Fires (2012), The Lesser Dead (2014), and The Suicide Motor Club (2016), with The Necromancer’s House coming out in 2013. I had previously read Those Across the River, his first book, and enjoyed it, although I wasn’t blown away or anything. It’s about werewolves, how could I not enjoy it? Although it’s annoyingly in first person, something that’s a pet peeve of mine.

Who am I to judge, is essentially the question. So I read, and I listen, and I learn.

So on a friend’s recommendation I decided to check out The Necromancer’s House and was pleasantly surprised. The book follows Andrew Ranulf Blankenship, a warlock of sorts with a boobytrapped house and a body that looks much younger than the soul that occupies it. He's also a recovering alcoholic, and his house is the way it is because he stole a treasury of Russian magic from the Soviet Union three decades earlier. When we meet him he’s settled into a kind of complacency, but when a monster from his past, the Baba Yaga, comes calling, his life is turned upside down.

The two characters at the heart of this book are Andrew and his friend/lover/apprentice Anneke Zautke. Anneke is a fascinating character for many reasons: she’s a recovering alcoholic who meets Andrew at AA, she’s a burgeoning magic wielder and she’s a lesbian. That last bit is one of the major indicators that Buehlman is exploring the fluidity of sexuality. Although she’s gay, and that comes into play later in the book when the villainess seduces her, she and Andrew have multiple sexual encounters. Mostly this stems from her being lonely, but she does enjoy her time with Andrew, although not as much as she might with a woman. “It was clear that her love for him was above the waist,” Buelhman writes in one of the earliest passages, “and always would be, no matter how feminine his bone structure or how exotic the scents he wore in his long black hair.”

Her life is in a bit of a rut, however, and has been for a while because she once had a sexual relationship with a minor. Anneke was an art teacher and was sleeping with one of her students, Shelly Bertolucci, who was 16 at the time and still in braces. Now this feels like the kind of thing that just five years later would be written differently or would receive much more scrutiny, but as is we’re going to treat this like a historical artifact, and also talk about what has changed in those five years and why societal standards are evolving so quickly.

Because this a story point that has appeared often enough to be a trope, and apparently is even a common experience in the formative years for homosexual individuals. I remember, for instance, George Takei said something similar about his experiences as a young gay man. And then there are recent movies like Call Me By Your Name that depicted a passionate love story, set in the past as a way to perhaps alleviate any criticisms, between a 17-year-old man and a 24-year-old man.

So I'm wondering about depictions of homosexual relationships between older characters and underage characters. The disclaimer here is, of course, that I'm a 34-year-old cisgendered heteronormative white dude that wants to understand things outside his wheelhouse.

This part of Anneke’s backstory got her arrested and put on the sex offenders watch list, thus resulting in her alcoholism. When the book starts she’s fallen far and is only now starting to build herself back up by becoming Andrew’s witch-in-training. But the fascinating thing is the book portrays her completely sympathetically. “Anneke had been unable to properly display remorse,” her mindset is described, “because the truth was she felt none.” And I can’t help but wonder if this would be framed completely different if it was an older man having a sexual relationship with a younger woman.

Well, of course there was a whole book and movie(s) devoted to that: Lolita. And I understand the power dynamics are multifaceted when there’s not a man involved or when there’s two men involved. Because, there’s no denying, in terms of signifiers used in fiction, men have the power in relationships. Let’s not fool ourselves either, it’s the same in reality. So perhaps it’s because both Anneke and the student are the same sex that alleviates any concerns? 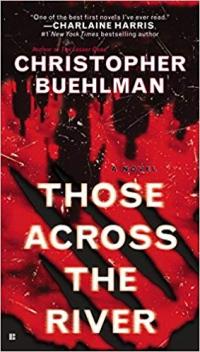 Returning to Takei, in February of 2017, Milo Yiannopoulos, the openly gay and incredibly controversial former senior editor for Breitbart, resigned from the conservative news platform when it was discovered he had, in an interview, defended 13-year-old boys having consenting sexual relationships with adult men. In the wake of that another video emerged of Takei saying when he was 13 he had a summer fling with a 19-year-old camp counselor, whom he referred to as a sexual mentor of sorts.

Of course, the difference was Takei didn’t endorse the behavior as a cultural practice. He simply stated that the experience had been helpful for him in discovering his sexuality. Similarly, Buehlman dramatizes the encounter between Anneke in a similar light: “She wished she'd had someone to light her way through the purgatory of a homosexual adolescence in west-central New York, and saw her willingness to do the same for Shelly as an act of personal valor.” Of course, we only get her side and not Shelly's. Although I do appreciate the book doesn’t shy away from the hard truth of the situation, especially with emphasizing Shelly’s braces, it’s still true that Anneke is always portrayed as sympathetic and morally sound, so it’s a safe assumption that the student felt the same way.

But again, I’m a straight guy in my mid-30s, so I’m just trying to understand perspectives outside my own, and I’m certainly willing to listen to other perspectives. Buehlman, for instance, is currently 49 years old and would have been in his early 40s when he wrote this book. So his perspective is, presumably, not all that different than my own, and that informs the second point.

This is a major spoiler for the end of the book, so beware if you’ve never read it. It ends with Andrew becoming a woman. He and the Baba Yaga, who has been residing in her own daughter’s body for the last 30 years, get into a duel of spirits when Andrew’s male form is killed. This is something that is set up fairly early on, as the book has one of the more intricate, and very cool, systems of magic I’ve ever seen. Andrew ultimately wins the duel, sending the Baba Yaga off to wander in a kind of limbo where she’s briefly pursued by what appears to be a manifestation of the Grim Reaper in the form of a very creepy and dreadful red cloud. She ultimately takes over a living being, as the cloud can’t see a spirit inside flesh, with the irony being she ends up in a skunk.

The closing coda is fascinating. Andrew has spent the entire book wrestling with his age, distributing magic between keeping himself young and protecting his house. Leading up to the final battle he puts more magical energy into the house and, consequently, he starts to look his actual age, with white in his temples. So if his story arc revolves around accepting his natural self, what does it say thematically and on a character basis that he’s thrust into the body of a young woman? He accepts the name Marina and he and Anneke become lovers, “more frequently than they were when Andrew was Andrew,” but there’s no introspection on Andrew’s part. It’s basically stated that it’s an adjustment, but Andrew, who has been the protagonist this whole time, is kept at a distance. It’s almost like Buehlman had Andrew become a woman just so he could give his two main characters a happy ending together. But this feels like a missed opportunity to explore body dysmorphic disorder or something along those lines. Perhaps Buehlman can return to that in a sequel.

In the end, I’m just a guy who’s never done anything too crazy in terms of romance, but is cool with anyone whose situation is more complicated. I just wonder about evolving cultural mores and what’s acceptable at any given moment, and who dictates that. Who am I to judge, is essentially the question. So I read, and I listen, and I learn.