The Blagger’s Guide to Shirley Jackson 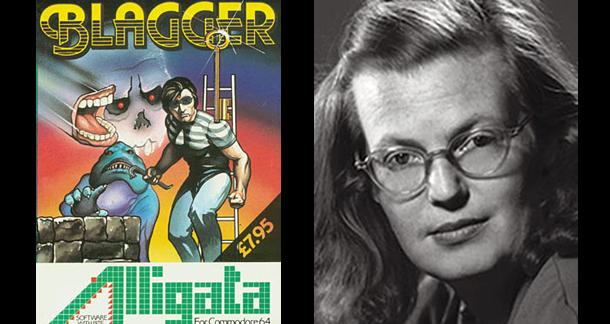 Shirley Hardie Jackson was born in 1916 to a well-to-do San Francisco family. She moved from California to Rochester, New York, in her teens and studied at Syracuse University before marrying and moving to the small New England town of Bennington. She lived there for almost the rest of her life.

A reasonable question to ask. Jackson isn’t likely to come up in literary conversation the way Jack Kerouac or William Burroughs (both contemporaries) will. Jackson’s oeuvre was small and select, but as the creator of some of the most impactful horror fiction ever written, she is definitely most blagworthy.

Jackson was primarily a short story writer, but also produced a handful of novels. She managed, in both forms, to create possibly the most disturbing ideas ever committed to print. Her short story The Lottery was published in The New Yorker in 1948. The reaction was a storm of hate mail of an intensity which astounded both the magazine and Jackson herself. The story concerns a small New England town where a lottery is held once a year. The results are a ritual stoning. Decades of analysis have been dedicated to unraveling why this particular tale struck such a nerve, but timing probably played a part. Jackson’s story came right after the Holocaust and the Nuremberg trials, remarkable for what Hannah Arendt eventually described as ‘the banality of evil’. The Lottery taps directly into the observation that evil can be committed in a nonchalant, everyday way by people just like you and me (who are in fact you and me). Readers hated being confronted by this unpalatable truth and have hated it ever since.

As if in confirmation of where the power of her story lies, Jackson once remarked that in the hundreds of letters she received about The Lottery, "people were not so much concerned with what the story meant; what they wanted to know was where these lotteries were held, and whether they could go there and watch."

Jackson followed up this gem by writing The Haunting of Hill House, a novel which opens with the words: ‘No live organism can continue for long to exist sanely under conditions of absolute reality; even larks and katydids are supposed, by some, to dream. Hill House, not sane, stood by itself against its hills, holding darkness within; it had stood so for 80 years and might for 80 more.’

Stephen King said ‘there are few if any descriptive passages in the English language that are any finer than this.’ The Wall Street Journal said about the book as a whole that it was ‘widely regarded as the greatest haunted-house story ever written’.

So she wrote lots of ghost stories?

Interestingly, no. Jackson’s novels, while gothic, tend to focus on awkward loners, usually young women or teenage girls. We Have Always Lived in the Castle, for example, which probably ranks second to Hill House in the Jackson canon, tells the story of two young sisters living alone in a mansion after the unexplained poisoning of the rest of the family some years before. The unease derives not from visitations or bumps in the night, but from the gradual exposure of which of the sisters put arsenic in the table sugar and why.

As for the stories, while some can be classed as psychological horror in the same vein as, say, Patricia Highsmith, most of Jackson’s short works were written for money. She made a good living producing commercial fiction for women’s magazines such as The Ladies’ Home Journal, Redbook and McCalls. Her two collections of stories about her home life, Life Amongst the Savages and Raising Demons, were also very popular with basically the same hausfrau readership.

Indeed. Jackson’s totally different sets of work were reflected closely in her personality. On the one hand she was campus wife and helpmeet to literary critic and academic Stanley Hyman, and a devoted mother to their four children. On the other she was an eccentric figure, often embroiled in disputes with her neighbors, obsessed with the supernatural, and a heavy user of amphetamines and alcohol.

Close friends and family said she never reconciled these two aspects of her personality and it may have been the stress of trying to do so which eventually led to her agoraphobia and overeating. This latter, combined with the drugs and booze, led to her premature death from heart failure (she died in her sleep to the total shock of all who knew her) at the age of 48.

That said, the unanimous verdict on Jackson was that she was enormous fun to be with. She and Hyman presided over a circle of friends which included Ralph Ellison, Dylan Thomas (who once attempted to seduce Jackson to her great delight) and J. D. Salinger. Her wit was legendary and her observations unsparing. She once said of one woman that she was the type who ‘came to a party, flirted with all the men and left alone in a taxi.’

So why isn’t she more well known?

The truth is probably as unpalatable as the dark observations in her fiction: Jackson was a woman. She explores territory very similar to Faulkner or Carver (twisted relationships, the horror of everyday life) but does it with the clean, pared down style we associate with Hemingway. She’s far more readable and incisive than either Mailer or Bellow (also both contemporaries), but has never received the same establishment recognition. In this respect she can probably be found on the same dusty shelf reserved for exceptional but neglected female authors as Carson ‘Heart is a Lonely Hunter’ McCullers and Marguerite ‘Hiroshima Mon Amour’ Duras.

Tellingly, and in case anyone thinks I’m on my feminist bandwagon here, when the Library of America dedicated a whole volume to Jackson (and this long after it dedicated one to baseball writing), critic Malcolm Jones suggested it must be ‘running out of authors’.

But Jackson is starting to receive the recognition she deserves. In 2007, the Shirley Jackson Awards were established, presented annually at Readercon for 'outstanding achievement in the literature of psychological suspense, horror and the dark fantastic'.

And what to say to complete the perfect blag about Jackson…

‘Shirley Jackson was like Sylvia Plath with a sense of humor.’

#1: When researching The Haunting of Hill House, Jackson found a photo of a California mansion which looked suitably scary. It turned out her own great-grandfather had built the property.

#2: The blurb for Jackson’s first novel, The Road Through the Wall, described the author as ‘perhaps the only contemporary writer who is a practicing amateur witch.’

#3: Stanley Hyman, Jackson’s husband, read her short story 'Janice' in a student collection. The story was only a page long but it impressed Hyman so much he decided, without ever having met her, that Jackson was the woman he wanted to marry.

I absolutely love Shirley Jackson. "The Lottery" is one of my favorite stories. I recently found a Shirley Jackson collection at a used bookstore. I was ecstatic.

When I first went searching for a copy of "We Have Always Lived in the Castle" it amazed me that practically no one knew about Shirley Jackson. Most of the book stores I went to, the salespeople were stumped when I asked about her work. She's by far one of my favorite writers.

My roommate is a (quite talented) horror writer, so Jackson's name gets tossed around my apartment with almost as much frequency as King's or Bradbury's.

fantastic article. i've long been a fan of hers, but definitely need to read more of her work. this really got at the heart of her body of work. excellent.

Jackson really is one of those 'what if she had lived?' writers. She was just hitting her prime when her health started to collapse and it's almost painful to think of the wonderful books she might have produced given more time.

Still - it's nice to know I'm not alone in thinking she's great. Thanks for the comments!

Great article! I read 'The Lottery' as a teenager and was absolutely stunned. Jackson taught me that some of the most truly horrifying stories aren't always about ghosts and zombies and bloodthirsty clowns.
Those clowns are pretty scary, mind you.

Very nice article, she's been on my radar for some time but I haven't yet taken the plunge. Though I've known of her since I was a kid, first due to "The Lottery", which seems to be required reading for a lot of college lit classes (though this was when my sister was in college, and she's ten years older than I am... so I really do mean "since I was a kid"). I was actually aware of a number of her pieces before I'd even heard Bellow's name for the first time, so she defnitely has and has had vocal fans and admirers.

My classmates and I were forced to read "The Lottery" at some point in high school.

When I heard about The Hunger Games my first thought was, "Sounds incredibly similar to The Lottery ".

I wasn't aware of these other stories before today, looking forward to checking out The Haunting of Hill House.  Thanks for the article!