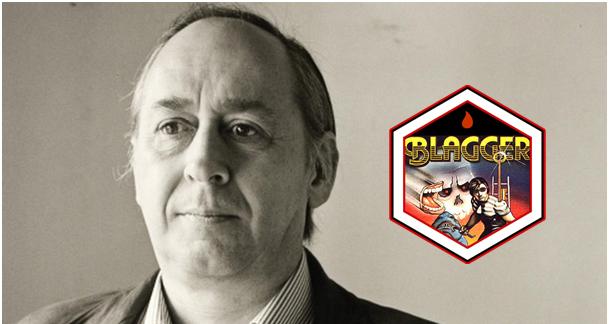 Blag (v): to sound like you know what you’re talking about when you don’t
The Blagger’s Guide to Literature (n): an invaluable resource for those who wish to blag about books without actually reading them.

James Graham Ballard was born on 15 November 1930 in Shanghai, the son of a British businessman. In 1943, Ballard and his family were interned by the Japanese, an experience which formed the basis for his book Empire of the Sun. The family moved to the UK after the war and Ballard studied medicine at Cambridge University, abandoning his course after two years in order to write full time.

Wait – I’ve heard of Empire of the Sun. Wasn’t that a film?

Spielberg directed an adaptation of Ballard’s fictionalized account of his time in the Lunghua internment camp in 1987. The film starred Christian (Batman) Bale and, even though the book was a bestseller and prizewinner (James Tait Memorial and Booker shortlisted), it was the adaptation, with its host of Oscar nods, which propelled Ballard to general public attention.

That wasn’t the first book he wrote then.

Ballard had an established reputation as an avant garde writer before EotS hit the shelves. He’s often classed as a science fiction author, and although his early novels and short stories do roughly fit into that genre – particularly The Drowned World, which concerns Earth after the melting of the polar icecaps - his later fiction firmly places him in the category of Weird.

Ballard’s first sortie into the deeply strange was The Atrocity Exhibition. It’s a series of fragmentary stories loosely based around the mental breakdown of a variously named protagonist, whose ambition is to start World War III within his own mind. Influenced by William S. Burroughs, this book featured some of the trademarks of Ballard’s work: plausibly surreal descriptions (here’s a sample - ‘other traces of his mortal remains were found in a number of unexpected places: in a footnote to a paper on some unusual aspects of schizophrenia…’), random appearances by iconic figures of the day, and an obsession with the boundary between mental and physical existence. All of this combined to create a style coined as ‘Ballardian’, which was both instantly recognizable and intensely irritating to the authorities. The Atrocity Exhibition was the subject of an obscenity trial and the US edition was pulped before distribution. Ballard became further notorious when David Cronenberg’s screen version of his book Crash provoked a media uproar and calls for a ban. Commentators particularly disliked Ballard’s merging of dark sexual leanings with highway obsession: ‘I have watched copulating couples moving along darkened freeways at night, men and women on the verge of orgasm, their cars speeding in a series of inviting trajectories towards the flashing headlamps of the oncoming traffic stream’ should give you a sense of what Ballard was up to.

Sanity prevailed, but the brouhaha established Ballard as a countercultural favourite. His fictional stamping ground of dystopian worlds, where an all pervading media has driven our unconscious minds out from the safety of our skulls and into our everyday lives, is a motif which has since been adopted by writers from William Gibson to Chuck Palahniuk, making Ballard one of the most influential figures in what is now known as speculative fiction.

So was he as strange as his work?

Not at all. Ballard lived a quiet existence in a small town on the outskirts of London. His wife died very suddenly in 1964 and he raised his three children alone, writing when they were at school. His daughter Fay said later, ‘It was an extremely happy childhood…Our home was a nest, a lovely warm family nest.’

Although a big fan of surrealism, unlike many of its acolytes (Hunter S. Thomson, William S. Burroughs) Ballard’s drug biography was tame. He stuck to whisky as his preferred vehicle for inspiration, describing his one experience with LSD as, ‘a nightmarish mistake. It opened a vent of hell that took years to close and left me wary even of aspirin.’

Well if he didn’t take drugs, where did all those ideas come from?

Primarily Freud. Ballard once nurtured ambitions to become a psychiatrist and spent his young adulthood in a period where psychoanalysis expanded from a niche treatment to a multi-million dollar industry. Theories of insanity as a social construct gained traction at this time, with writers such as R D Laing propounding the idea that instead of being an illness, madness is the response of an individual to unspoken and conflicting social demands. Ballard was very much part of this cultural milieu, and his work reflects the view that our sense of self is a social construct, dependent on our external environment and the messages we receive about ourselves from others.

Ballard himself described Crash as a ‘corrupting book’, further commenting ‘I certainly do believe that we should immerse ourselves in the destructive element. Far better to do so consciously than find ourselves tossed into the pool when we’re not looking.’ This deciphered probably meant (it’s hard to be sure with Ballard because he rarely took interviews seriously) that art exists to help us deal with our worst subconscious urges and it’s wiser to embrace that darkness through the pages of a book than attempt to avoid it only to find ourselves acting it out instead.

Ballard never remarried, although he did have a long term and happy relationship with Claire Walsh. He died from cancer in 2009.

Photo via The British Library Board

JEFFREY GRANT BARR from Central OR is reading Nothing but fucking Shakespeare, for the rest of my life November 3, 2012 - 2:14am

'That wasn’t the first book he wrote then.'

Joshua Chaplinsky from New York is reading a lot more during the quarantine November 3, 2012 - 11:35am

Blag fact: I used to work at Borders, and an elderly battleship of an assistant manager used to call me "Ballard Man," because she saw me reading Crash once. Creepy.