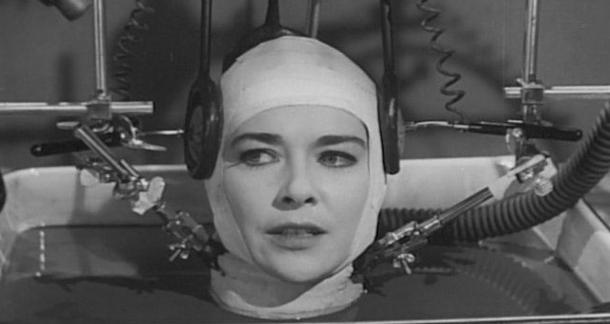 Anyone who’s been writing for a short while knows all narrative points of view have their advantages and disadvantages. First-person offers unparalleled access but is extremely limiting; third-person offers a more objective view of the world but promises limited access; second-person is just plain weird.

If you find yourself in one of these P.O.V. quandaries — if your story’s chosen narrative mode reveals frustrating limitations when describing the world or accessing a character’s thoughts — you may want to consider alleviating this problem with the use of a narrative that employs Free Indirect Discourse.

Charles sat on the steps and thought about how he’d blown his chances with Susan. What a moron he’d been! Stupid! And what kind of idiot walks around with toilet paper stuck to his shoe for two hours?

The last two sentences in this passage reveal thoughts obviously not belonging to the narrator. Here, a third-person narrative has co-opted the persona of a first-person voice; it has taken Direct speech (words that would usually be surrounded with quotes, followed by a denoting “he said”) and combined it with Indirect narrative commentary.

From his office window he could see people swimming at the beach, sixteen floors below. Why did he have so much work to do, and on a Saturday of all days?

The best thing about this odd storytelling trick is it gets rid of the middleman. The narrator temporarily takes a backseat for the sake of better representing the consciousness of the character, though the reader still relies on that third-person middleman to tell the story. In other words, Free Indirect Discourse takes advantage of the biggest asset a first-person P.O.V. has (access) and combines it with the single best benefit of a third-person narrative (reliability). It allows the narrator to dig deep into a character’s thoughts and emotions without being permanently tied to that person’s P.O.V. Done correctly, it can offer the best of both worlds.

He kicked open the crazy door for the jakes. Better be careful not to get these trousers dirty for a funeral. He went in, bowing his head under the low lintel. Leaving the door ajar, amid the stench of moldy limewash and stale cobwebs he undid his braces. Before sitting down he peered through a chink up at the nextdoor window. The king was in his courthouse.
— James Joyce, Ulysses.

Not bad for a passage about a guy taking a dump.

This narrative hybrid has been around a long time. Academics have debated its origins for years, but Joyce, Austen, James, and Woolf usually get top billing as progenitors — or at the very least, memorable pioneers — of the medium. I should also mention: another benefit of Free Indirect Discourse is it’s a more comprehensive way to tell a story. By temporarily breaking away from the narrator’s voice within descriptive passages, the reader gets to see things not only through the narrator’s eyes but though the character’s eyes as well. It makes the story more varied, more diverse. It allows the colder, Indirect narrator to take a step back in cases where it would be better suited to hear those observations being made by the character instead.

But was it nothing but looks, people said? What was there behind it—her beauty and splendour? Had he blown his brains out, they asked, had he died the week before they were married — some other, earlier lover, of whom rumours reached one? Or was there nothing? Nothing but an incomparable beauty which she lived behind, and could do nothing to disturb? For easily though she might have said at some moment of intimacy when stories of great passion, of love foiled, of ambition thwarted came her way how she too had known or felt or been through it herself, she never spoke. She was silent always.
— Virginia Woolf, To the Lighthouse

You can find Free Indirect Discourse everywhere in modern fiction. For example, in Jonathan Franzen’s novel The Corrections there’s a flashback scene where Alfred, the patriarch of the family, is traveling for work. Placed in an uncomfortable proximity to strangers, Alfred offers some telling — and hilarious — details about himself through observations delivered with the use of Free Indirect Discourse.

It seemed as if, in every motel he stayed in, he had neighbors who fornicated like there was no tomorrow — men of ill-breeding and poor discipline, women who chuckled and screamed. At 1 a.m. in Erie, Pennsylvania, a girl in the next room ranted and panted like a strumpet. Some slick, worthless fellow having his way with her. Alfred blamed the girl for taking it easy. He blamed the man for his easygoing confidence. He blamed both of them for lacking the consideration to keep their voices down. How could they never once stop to think of their neighbor, lying awake in the next room? He blamed God for allowing such people to exist. He blamed democracy for inflicting them on him. He blamed the motel’s architect for trusting a single layer of cinder block to preserve the repose of paying customers. He blamed the motel management for not keeping in reserve a room for guests who suffered. He blamed the frivolous, easygoing people of Washington, Pennsylvania, who had driven 150 miles for a high-school football championship game and filled every motel in northwest Pennsylvania. He blamed his fellow guests for their indifference to the fornication, he blamed all of humanity for its insensitivity, and it was so unfair. It was unfair that the world could be so inconsiderate to a man who was so considerate to the world.
— Jonathan Franzen, The Corrections

As you can see, the passage moves freely between Alfred’s thoughts and the narrator’s play-by-play of the situation. But given our understanding of the character from the beginning of the book, it’s easy to see which passages belong to him: words like “strumpet,” and the interior rhetorical monologues (“How could they never once stop to think of their neighbor …?”) are thoughts that obviously belong to Alfred. This brings me to my third point about this narrative mode: Free Indirect Discourse can go miles in terms of character building. We learn so much about the severity of Alfred’s psychosis by reading this passage through his voice — much more than we’d learn if the narrator simply “told” us how Alfred typically behaved, or even if we saw the scene unfold in dialogue between him and other guests at the motel. Moreover, the clever repetitions (“he blamed …”), along with the occasional derail, sound like approximations to how thoughts are dispersed in the human mind. This passage shows Free Indirect Discourse can build a closer relationship with characters by allowing a deeper, more penetrating insight into how that person thinks.

The biggest drawback to Free Indirect Discourse is that, well, it’s experimental and strange. It looks weird on the page, and can be challenging and off-putting to readers. The idea of a text changing perspectives without warning can be very confusing unless the reader is clued in to what’s going on and why you’re doing it. In other words, the writer should be consistent in his/her application of this tool from the beginning of the story. It’s also a hard form to master. Nonetheless, as an exercise I suggest writers play around with Free Indirect Discourse; try spicing up your third-person narratives by adding bits of a character’s innermost thoughts and see where it takes you. By opening a few extra mouths, you might open a few doors as well.

Another fine, informative article from one of my favorite contributors here. Very interesting application and without the use of italicize or single quotation marks indicating thought. I think the key words for this usage is "If done correctly," We have some fine examples of that here, and poor ones are very easy to pick out. I think this usage is best suited for Joyce, Woolf caliber writers.

Good post and yet another usage I have to worry about, ha.

Nice one! This is the solution I'm currently experimenting with in my horror story.

Thanks for the samples. Cheers!

Great post. I've used this technique all throughout my novel, though I never knew it had a name. After my instructor in my novel-in-progress class recommended I cut way back on all the rhetorical questions my narrator kept asking (e.g., "Do I know what rhetorical means?"), that's when I realized what I was doing and why I had to keep them.

Christina Re from the United States is reading something a friend wrote August 24, 2012 - 5:23am

Is it bad to use italics or single quotation marks? I'm reading Watership Down right now, and there's a lot of indirect discourse with plain ol' quotation marks. I find this a bit offputting, because half the time I'm wondering if Hazel is saying these things aloud. I really like indirect discourse, and I think the use of italics can really help identify the current POV.

Jeff from Florida is reading Another Side of Bob Dylan by Victor Maymudes August 24, 2012 - 8:41am

This is bloody brilliant!

In "Characters & Viewpoint" Orson Scott Card discusses 3rd person limited POV in terms of "lighter" and "deeper" penetration, which is fine, but you've nailed something that wasn't articulated there.

So thanks, this is a keeper.

Manny from Arizona is reading My novel The Healblossom February 2, 2013 - 2:30pm

I normally read and run (fingers become typing legs) when I'm trying to lock in a formatting concept to raise my writing skills. I came to a screeching halt with your article. It's exactly what I'm looking for and the instruction you give on the usage of this method is just as insightful. Thank you x3.

I don't agree with

"The biggest drawback to Free Indirect Discourse is that, well, it’s experimental and strange. It looks weird on the page, and can be challenging and off-putting to readers."

Most readers don't say, "Oh no! Not another chunk of Free Indirect Discourse. What a turn off!"

Most readers just read. FID now is almost universal; every writer uses it to some degree. It's ubiquitous and not strange any more.

Knowing that I write 'Free Indirect Speech' is a curse. I now have good reason to sit down with a box containg 100,000 words and ensure that this is the voice I use through-out now that I know what it is I do, and how to keep it when I lose it. 'Free Indirect Speech' for me is the glory of skiing on fresh powder in the sunshire ... my efforts to write in other styles and I hit the rocks.

I really didn't like this. Also Nathaniel Gilbert I miss you.

I really didn't like this. Also Nathaniel Gilbert I miss you.