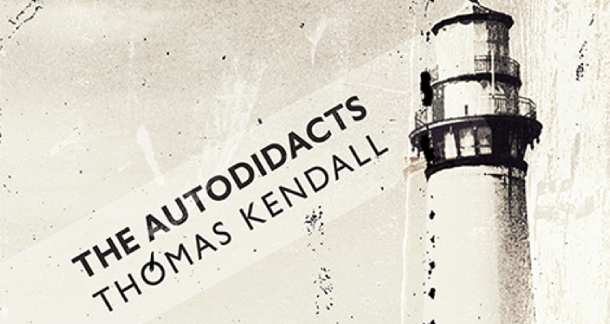 I tend to feel a little physically uncomfortable whenever a writer talks about craft. There’s a kind of involuntary and momentary sensation of repulsion, like when your throat flips up a little bit of sick into your mouth out of nowhere. There’s a gross sourness in my reaction to the word that feels very mine and not mine at the moment of realisation. It’s not just the outdated IRL insecure/borderline ‘muscular’ insistence on competency as a value that craft as a metaphor for writing invariably calls up: like ‘craft’ denotes skilled work on something objectively there in the world, you know, like wood or stone or some other suitably respectable and dead material, and therefore writing is certainly not about the loss of agency or the disappearance of the self or the becoming of a revelatory imaginary etc. And it’s not only that the use of the word ‘craft’ suggests the goal of writing is to create a ‘well made’ piece of fiction and that, implicitly embedded in this notion, is the idea that there is a right way to write, and in order to know the right way to write you have to be taught how to write in that way, and in order to ensure that writing is being done in the right way certain positions of power need to be created to reproduce and regulate that knowledge and maintain standards ad infinitum.

I can’t write like that. I don’t know how. I don’t have those tools at my disposal. Even my grammar is shit. Perhaps the sourness, that abject feeling of recognition of something that is both mine and not mine which ‘I’ experience after the involuntary rejection of ‘craft,’ is a little warning shot across the boughs of my own ill health. I effectively stopped going to school when I was thirteen. My secondary school was really, really nightmarishly terrible and I got sick and there was Other Stuff going on, obviously. Eventually, I actually lucked my way into university which was possible at that point in England. The point is that I’m probably not very well rounded in my abilities and I’d like to take a weird atemporal moment, which writing is, to apologise to any writer who has used craft as a description of their process or thought of their work as crafted in this way or any other. As I’m trying to say, it's almost 100 percent my problem, not yours. I most likely envy your productivity. 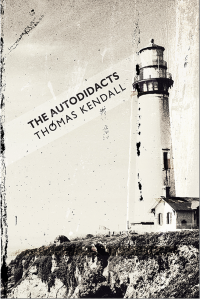 Anyway, this is/was supposed to be an essay about outlining.

If you can make an outline you should do it.

If you can't, this essay was meant to be for you.

The one little, possibly snarky, thing that I’ll say about outlining is, and I’m going to semi-purposefully undermine that snark, or at least put a target on it, by making an absurd connection utterly sincerely in a moment, is that I can’t imagine the boredom involved in outlining or plotting. There’s a story, likely a misremembered one, that I read in the introduction to some penguin classics edition of As I Lay Dying, which has always stayed with me and which I think is relevant to this.

Why not? It was formative.

The story goes something like this: a ballet is put on for some King of Wherever by some famed company or whatever and it's undeniably incredible. After the show the King of Wherever says to the probably Russian ballet dancer, “That was fantastic..but what was it about?” To which the dancer replies “If I could tell you that why would I have gone to the great bother of dancing it?”

But if you can’t. If, by no fault or judgement of your own, you’re operating outside of a tradition, and even outside of the traditional opposition to that tradition, if you just don’t know the rules or even how to write, you can still do something beautiful and interesting. You can still write a novel. I don’t mean that you can create a work sui generis or that saying there isn’t a right way is the same as saying there’s no such thing as good or bad writing, and I’m definitely not saying that thinking critically about style and structure is pointless. That would be insane and arrogant and egotistical and sort of grossly individualistic. You need to have your mind blown about what someone else has done, in whatever medium you can think in, multiple times before even contemplating creation. The best art can re-order reality for you just through what its imaginary makes actually possible for your thought which is also your body. You need to need to understand how a writer produces that effect in you in order to begin to find the process that is yours. Find what is invariable for you and pursue it.

The Autodidacts emerged out of one particular image that held within it the whole novel. Figuring out how to draw out what was within that image, to split its atom, required a series of experiments. Many of these experiments were absolute failures, cul de sacs that extended for too many pages beyond what any reader ought to bear. I’d get totally lost in fascination and weaken the novel’s ability to resonate. You have to remember, especially if plot is not the foregrounded drive in the work, that it is the reader who completes the book and that you can never be that reader. Never. Once you’ve written something it’s no longer for you. You’re essentially in exile from it. And your experience of writing it is not automatically the reader’s, at most your writing is creating the conditions for the reader’s experience. If you are only able to work intuitively this can be very hard to remember but maintaining this focus, this tension, knowing that you have to be able to disappear from the work to allow another in, is what will help you create the thing you wanted, the thing you admired when you were the reader. It can be slow, it can be laborious, but one of the positives of writing’s strangely virtual, un/real quality, is that, unlike other material, language offers free and unlimited possibilities. As long as you maintain a belief in what you are doing, a fascination, you are allowed to and can afford to fail as much as you can bear to. And that, I think, ought to be a profound relief to anyone who writes anachronistically towards faith.

Get The Autodidacts at Whiskey Tit or Bookshop

Thomas Kendall is the author of The Autodidacts, released May 2022. Dennis Cooper called The Autodidacts ‘a brilliant novel — inviting like a secret passage, infallible in its somehow orderly but whirligig construction, spine-tingling to unpack, and as haunted as any fiction in recent memory.’ His work has appeared in the anthologies Abyss (Orchards Lantern) and Userlands (Akashic Books) and online at Entropy.