Actors get the Oscars. Musicians get the Grammys. Sportspeople get sponsorship deals.

Apart from a dedication on the inside cover and (if they are really famous and/or pretty) a photo on the back, when it comes to public recognition, writers are the red-headed stepchildren of the entertainment world. This is a wrong begging to be righted, in which spirit I now pick out those in the literary sphere who made themselves conspicuous in 2013.

And not always in a good way…

The ‘Twoscar’ for Services to Twitter Outrage goes to…

Twitter is a great way to find out what famous people are really like (or that famous people get other people to write their tweets), and anyone who follows Bret Easton Ellis on Twitter might be forgiven for thinking that he hates women, thinks AIDS jokes are okay, and isn’t afraid to take a shot at someone who has recently died and is therefore in no position to defend himself.

But of course Ellis is not like that at all, which is why when Alice Munro was awarded the Nobel Prize for literature (okay, authors do win some prizes) Ellis was the first to congratulate her:

But for once, the world was not going to let Ellis get away with his particular brand of 140-character bile. Reprisals ensued. Cornered by ravening tweeters, Ellis apologized and the world was once again a safer place for Twitter users everywhere.

The ‘Golden Clog’ for being a Big Old Luddite goes to… 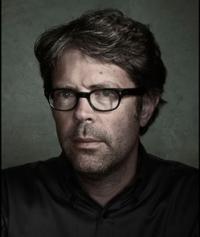 Franzen’s distaste for social media has bubbled away for some time, a whiff of his displeasure wafting through the public arena every so often like the odours of an overindulged dog. But breaking occasional wind from behind the sofa proved insufficient for the Freedom author, who decided this year to launch a full frontal attack on the Age of Internet with the publication of The Kraus Project – his translation of and commentary upon the essays of 19th century journalist and satirist Karl Kraus.

Now Franzen doesn’t like being called a Luddite (which explains my choice of title), but – joking aside – just like the original loom-breakers, his diatribes on the subject of Twitter, online journalism and how Facebook is going to cause environmental disaster aren’t just a case of closing the stable door after the horse has bolted, they are closing the stable door after we have replaced the horse with a shiny SUV. Franzen’s rant fell, like Cassandra’s, on deaf ears, the New York Times coming up with the best epithet: ‘a drive by pea-shooting’, in a review posted,as a final insult, online.

Slacker of the Year goes to…

This year, the founder of publishing company McSweeneys went from gamekeeper to poacher by writing his very own novel, which fittingly concerned a near-future world in which a huge sinister corporation has created a faux-nirvana by consolidating and controlling our online identities. But any resemblance of Dave Egger’s titular Circle to the real-life internet behemoth Google/Apple/Facebook was completely coincidental, because as Eggers put it himself:

I did not, in fact, read any books about any internet companies, or about the experiences of anyone working at any of these companies, either before or while writing The Circle.

If Eggers hoped to lawsuit-proof himself by such a claim, he seems to have succeeded, but only at the cost of his credibility. This is how Jessica Winter for Slate summed up what went wrong with The Circle:

This might all sound nitpicky. But when you’re reading a novel about the Internet by a writer who doesn’t seem clear on what an operating system is or who thinks that a unified ID-and-payment system could extinguish all trolls, everything starts looking like a nit to pick.

Not being clear about what an operating system is in a tech-thriller sounds like writing a Bond story where James buys his suits from Filene’s Basement. 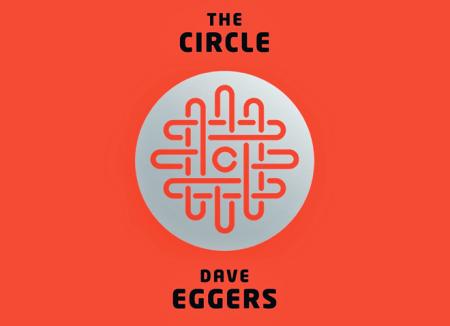 The Almost Human Award goes to…

...who allowed an employee (Sara Nelson) to actually speak to the public (me), thus destroying our long held belief that the company is staffed by droids. Amazon also discovered its sense of humour with its prank about using delivery drones for Christmas sparking twitter hilarity. Amazon then played true to form by getting all excited by its success and laboring the joke until we all remembered what drones are usually used for (killing people) and stopped finding it funny. 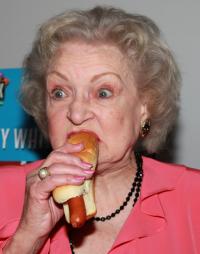 The Betty White Award for Being Generally Awesome goes to…

Munro accepted her Nobel Prize with humility and grace, revealing to anyone who cared to think about it, that she is a writer who writes for the best reasons. While a lack of self-importance is not a prerequisite for producing great fiction, the sense that an author has one eye on the screen and another on their Klout score doesn’t make reading the results more enjoyable. Munro's reaction to her award told us that for her recognition is nice, but only a side benefit: she writes because she loves it and because she has a story to tell.