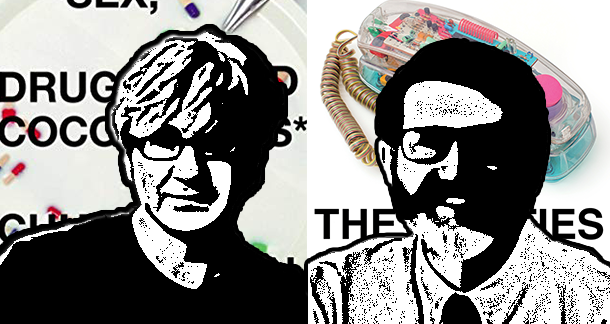 Chuck Klosterman wrote two books about the 90s, one purposely so, one not so much.

Sex, Drugs, and Cocoa Puffs, Klosterman’s best-selling book of essays, was written about 90s pop culture and came out in 2003. It examines 90s shit like The Real World and Saved By The Bell, and it does it in a very 90s way: taking seriously those things we considered bubble gum nonsense.

Klosterman's The Nineties came out in 2022, and it’s a more intentional look back at the same decade that does…some interesting stuff.

Comparing these two books, about the same time period, by the same writer, showed me three things:

Let’s have a look.

Books Are Better Now Than Ever

Sex, Drugs, and Cocoa Puffs is a series of mostly disconnected essays about various topics, and its main gimmick is "What if we looked at fluffy, trashy topics in a serious-minded way?"

...it manages to be a new model of experiential reading without being all up its own ass about it.

A newer idea at the time, but we're over it now, right? We've all heard the podcasts that dissect bad movies, seen the I, Tonya, the Pam and Tommy. We all accept Ta-Nehisi Coates writing long, groundbreaking pieces in The Atlantic while also writing Captain America comics.

The intersection of "high" and "low" culture isn't new, and it's not enough to bring readers to books.

The Nineties is about the 90s, but instead of trying to look at the past through the lens of today, the book tries to make the reader understand what it felt like to live in the 90s. It's less a written persuasion, more an immersive experience where the reader is meant to perceive the defining events of the 90s as someone living in the 90s.

Sex, Drugs, and Cocoa Puffs is a good read, and it was a great direction for essays at the time. But it's also easy. "How could we have missed something so obvious 10 years ago" is the easiest sort of thing to write.

The Nineties combines pop culture, personal essay, and philosophy in a way that feels seamless, and it manages to be a new model of experiential reading without being all up its own ass about it.

How Readers Have Gotten Worse

Klosterman has made a career out of asking questions.

In Sex, Drugs, and Cocoa Puffs, he famously put out a list of hypothetical questions. Some are silly, some are more philosophical, and my favorite is still:

​​You have won a prize. The prize has two options, and you can choose either (but not both). The first option is a year in Europe with a monthly stipend of $2,000. The second option is ten minutes on The Moon. Which option do you select?

How about the entire fucking planet Earth FROM The Moon, numbnuts?

You'll drink free on that story forever. But hey, I’m sure The Eiffel Tower is cool. Numbnuts…

Anyway, The Nineties is also more about questions than it is answers. Some readers are not liking this.

I found this book impenetrably weird and genuinely don't understand what points he was trying to make about, well, anything.

Much of the book is frustrating, I felt like yelling at the pages ‘Klosterman, push harder!’ Anytime he gets close to something like insight, he walks away from it. And so many of the opinions-taken-for-fact in this are just unverifiable.

And the shift in reader preference isn't just from questions to answers, it's from questions to answers that represent the hottest, most unreasonable takes. It's like we've all decided the most valid and engaging form of writing is the NYT Op-Ed that takes an obviously unreasonable and indefensible position (the one I'm working on: aliens are abducting and impregnating women, and therefore it's important that Roe V. Wade stay intact).

Why Readers Have Gotten Worse 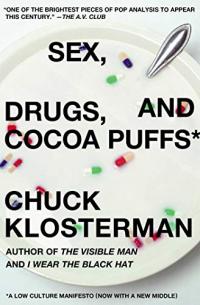 Klosterman says that the 90s was a very easy time to be alive (for most Americans, relatively). We were only at war for 43 days of the decade. The economy was great. Violent crime was low. We didn't have social media.

I think, because things were easier for most readers in the 90s, we were okay with books asking questions instead of providing answers. Which is why Sex, Drugs, and Cocoa Puffs didn't hear the same criticisms as The Nineties.

Today, we don’t want questions about The Moon, we want answers, and we want bonkers answers like, "The Moon represents the fascist dream" or "The Moon is the newest critical race theory battleground."

When we read Sex, Drugs, and Cocoa Puffs, we read to explore someone else's thoughts, and when we were left with a question, we could take things further from there.

As we read The Nineties, we're looking for answers, either to reinforce our feelings or to give us a springboard for our own hot takes.

We readers are like that annoying asshole who considers a conversation to be either talking themselves or waiting to talk again, never listening.

We could listen more.

How Critics Have Bottomed Out

More than one critique of The Nineties goes like this: Why did Klosterman write this book? What’s the larger purpose or work it’s doing? Does this need to exist?

These utilitarian questions represent the dumbest-ass ways of looking at a book.

It’s 2022. Books are not the most efficient or most in-depth way to deliver information or ideas. They’re not the furthest-reaching or most flexible art form.

Books exist in 2022 because people enjoy the book experience.

This newer form of common criticism, critics asking a book to justify its existence, is boring as hell. And grading books on "usefulness" is like grading the inside of sewage pipes on "pleasing coloration."

But the worst part is that it doesn't really tell me anything about the particular book. "This doesn't have a clear reason for existing" is so generic that it wouldn't pass muster for a 4th grade book report, although the teacher would probably be impressed by the philosophical nature and a little confused on how to grade the concept of art as being useful as presented by a kid who's 9.

If you want to review a book by saying it's got no purpose in existing, I have no choice but to double-back and ask what the purpose of reviewing a purposeless book could possibly be.

How I'm The Absolute Worst

One more quick thing I pulled from this.

The star rating for Sex, Drugs and Cocoa Puffs on Amazon is 4.3 stars.

When I read Sex, Drugs, and Cocoa Puffs, it was easy for me to ignore the bad reviews and see the overwhelmingly positive shit.

When I read The Nineties, I heard a few negative things and took it as a sign that everything is awful when it seems the majority of readers are digging it.

The bad shit sticks with me. I need to work on that...

The Dream of the 90s Is Alive

The Nineties is a book that comes from a writer who worked through the 90s, all the way up to now, and never stopped growing and getting better. Klosterman has the perfect set of escalating, complimentary skills: his writing gets clearer all the time, and his ideas get more complicated and weird.

The Nineties is doing something new and different. It's an attempt at an immersive experience, making a person feel like they're in the era instead of reviewing the past, is a new direction for books, and if books are going to make it to the 2090s, they're going to need some new moves.

Maybe the best thing I can say: The Nineties is a book that the 90s would be proud of, provided it could get past its own Gen X apathy and allow itself to accept some well-deserved praise.

Get The Nineties by Chuck Klosterman at Bookshop or Amazon

Get Sex, Drugs, and Cocoa Puffs at Bookshop or Amazon

A Conversation with Chuck Klosterman

Another knockout article! I finished listening to the audiobook for The Nineties two days ago and it's my favorite book of the year. I suppose I can understand how aspects of it can make for a frustrating read, but when listened to, it made for a hilarious and fascinating audio experience. It was like listening to the best 12 hour documentary you've never seen. My only gripe is that it wasn't longer. I'd love to see a follow-up to this book, maybe something that goes deeper into comparing the culture of the 90's, to the culture of now. Klosterman touches on this in The Nineties, but I think that an examination of a world pre and post social media warrants its own book.