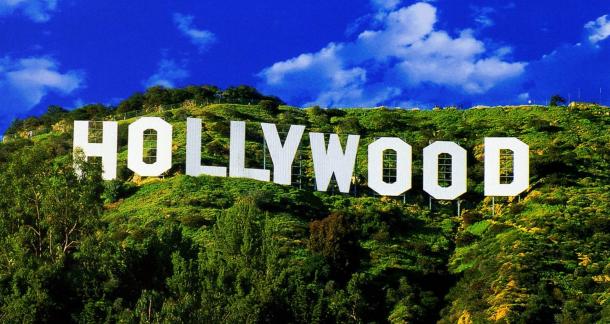 There’s nothing as exciting as the shiny world of Hollywood, where nobody is quite what they seem and drama is set to unfold not only on the sets of our favorite films and television shows, but in real life as well. America’s fascination with all things Hollywood knows no bounds, and luckily there are many Young Adult novels depicting the high profile lives of the stars to keep readers satisfied. Ranging from sweet contemporary romance to intriguing historical settings, there’s a Hollywood YA for every taste. Here are six exciting novels featuring teens in Tinseltown. 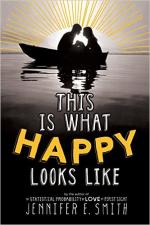 1. 'This is What Happy Looks Like' by Jennifer E. Smith

When small town girl Ellie O’Niell receives an email meant for someone else, she never imagines it could be the start of a flirtatious relationship. Graham Larkin might very well be the most well known teenage heartthrob out there, but he is smitten with Ellie from their first email exchange. From opposite sides of the country the two teens strike up a sweet rapport, discussing everything except their identities. When Graham finds out that Ellie’s small Maine hometown will make the perfect location for his latest film, he decides to take their relationship to the next level, but will Ellie ever find a way to live in the media’s spotlight?

Chock full of witty dialogue and the most adorable meet-cute ever, readers are sure to fall in love with Ellie and Graham. It is quirky and fun, with a swoon-worthy romance and wonderful sense of setting. 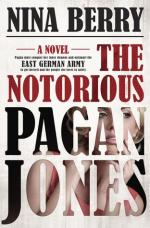 One drunken night changes everything for America’s sweetheart Pagan Jones when she causes a car accident that kills her whole family. For nine months she is stuck in the Lighthouse Reformatory for Wayward Girls where the sadistic Miss Edwards is making every day a new sort of hell. But everything changes when Pagan’s old agent shows up with mysterious studio executive Devin Black, offering Pagan a juicy role in a comedy directed by award-winning director Bennie Wexler. Pagan must agree to a court-appointed guardian and a shoot in West Berlin starting in only three days time. Berlin is in great political turmoil and the mysterious Devin Black is up to something, but Pagan is just the girl to figure it all out.

Nina Berry paints a perfect picture of Berlin in the 1960s. The country is divided by war and attempting to rebuild, and it makes for the perfect backdrop for this intense thrill-ride of a novel. This book is definitely a page-turner, especially in the last third, and readers will really enjoy the fantastic setting and unique characters. 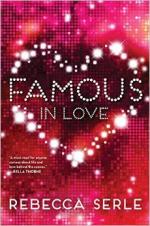 3. 'Famous in Love' by Rebecca Serle

When aspiring actress Paige Townsen gets cast in the movie adaptation of a blockbuster book series, she goes from virtual unknown to famous seemingly overnight. She moves from her quiet home life to the exciting world of film sets in Maui, where she meets her sexy co-star, Rainer Devon. Paige is smitten with Rainer from the start, so when Rainer begins to show more of an interest in pursuing a relationship with her, she is exhilarated. Long days on set together lead to private moments on their own, where Paige begins to fall for Rainer. But things get thrown into upheaval when troubled star Jordan Wilder lands the role of the third part of the film’s famous love triangle. With bad blood between Jordan and Rainer, Paige must navigate the muddy waters of a real life love triangle.

This book is an entertaining look at the life of a teen film star, as Paige gets a sort of baptism by fire. She’s thrust into a world so unfamiliar to her, and readers get to experience all of these exciting firsts along with her. Readers will love the behind the scenes glimpses as the movie is being shot. This novel is a whole lot of fun. 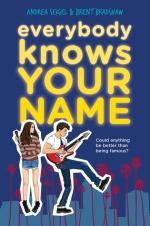 4. 'Everybody Knows Your Name' by Andrea Seigel and Brent Bradshaw

When Magnolia is cast in Spotlight, a reality TV singing competition, all she wants to do is reinvent herself. With a failed romance and a neurotic mother on her hands, she needs to escape her everyday life. Then there’s Ford, who also wants to reinvent himself, but for totally different reasons. With half of his crazy family in jail and a questionable past, he’s looking for a way out towards a better life. When Magnolia and Ford meet, the attraction is immediate, and as they live together in a Hollywood Hills mansion, they fall in love. But things get complicated with every moment of their lives broadcast for America to see, and their pasts soon come to haunt them. Can the two teens make love last?

This book is lighthearted and easy reading, with compelling main characters that readers will love to root for. It is a fascinating behind the scenes look at what goes on in the world of reality television, from the forced backstories of the various cast members, to the complications of actual romance on the show. 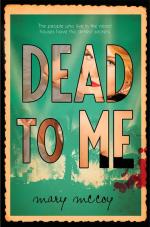 When Alice’s older sister Annie disappears without a trace, her final words echo in Alice’s mind. Don’t believe anything they say. For four years after Annie’s disappearance, Alice wonders what could possibly have happened to drive her sister away, with a firm suspicion that her Hollywood-insider parents had something to do with it. When Annie finally shows up, she is in a coma and unable to give Alice the answers she so desperately needs. Alice sets out on a treacherous quest to find out who beat Annie and left her for dead, landing Alice right in the middle of a mysterious world of tough-talking private eyes, troubled starlets, and psychopathic film stars.

Everything about this book is gorgeous, from the stunning cover to the lush writing, all wrapped up in a delicious film noir package. It is billed as L.A. Confidential for the Young Adult crowd and fully lives up to that depiction with a fantastic Golden Age Hollywood setting. Readers will enjoy every quirky character in this book, from the whip smart and fearless Alice right down to the shady private eye Jerry. 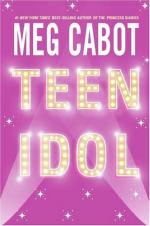 As the school newspaper’s anonymous advice columnist, high school junior Jenny Greenley is no stranger to keeping the secrets of her many classmates. So it is only fitting when administrators are looking for the perfect student to keep a big secret on the down low, they come to her. Jenny is shocked when the big secret is that hot Hollywood star Luke Striker is coming to her small town to research a role, but she takes it in stride, becoming one of Luke’s trusted confidants. Despite their best intentions, soon the whole town—and the paparazzi—know his secret, with Jenny caught right in the middle of things.

This book is fast-paced and fun, with wonderfully witty dialogue and unique characters that are easy to root for. It is light and fluffy in all the ways a Hollywood-themed YA should be, yet also manages to make you think a little bit about your place in the world and what you are doing for the greater good.

With a little something for every taste, these are just a few of the wonderful Young Adult books out there featuring teens in Tinseltown. What are your favorite Hollywood YAs?