Not all of these books came out in 2015, in fact, most of them didn’t. But since my “to read” pile continues to grow, and I’ve been on the road a lot this summer, flying to San Antonio and Oklahoma City to speak at conferences, trying to turn off the television set and pick up a book when I’m at home, it was time to get caught up on a ton of recent titles. Here are the best books I’ve read so far this year, in no particular order. 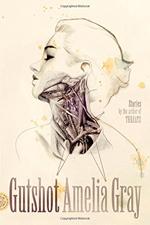 I’ve been a fan of Amelia Gray’s work for a long time, have heard her read several times, and think she’s a very talented and unique voice. She’s not always an easy read, and I think that’s a good thing. The stories challenge you, at times, they get slippery, and surreal, and weird. That’s also a good thing. She’s not for the faint of heart, or weak of mind, that’s for sure. “Go For It and Raise Hell” will continue to be one of my favorites of hers because it makes me laugh, it’s poetic and raw, and it has such heart and humor. It’s what I’d consider one of her “lighter” stories, and it breaks up the darkness nicely. “Labyrinth” is another favorite of mine, dark and strange, with a powerful ending, so it’s no surprise to me that it ended up in The New Yorker. This book has been called a curio cabinet, and I think that’s accurate. If you want a collection of stories that is smart, different, dark, and lyrical, this is the collection for you. 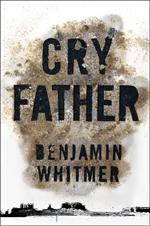 I liked Pike a lot, but I think I like Cry Father better. A Southern gothic noir, with a bit of the old west, the story of Patterson Wells trying to do the right thing, to mourn and let go of his dead boy, to save those around him that need saving, and to punish those that need that as well, is a compelling one. Junior, a sociopathic drug courier, keeps things interesting as well, all of these shades of gray descending over the dead and dying land, decisions made under the duress of drink and drug, the dark of night only able to cover up so much. I’ll add in this quote from Kirkus Reviews, because I think it says it really well. “This exploration of the damage fathers can do to sons, and sons to fathers, is more Woodrell than Palahniuk, more hillbilly noir than existentialist nihilism.” This and Pike are two books definitely worth reading, Whitmer a new voice to me, but one that I think will be around for a long time. 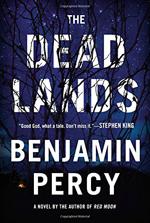 THE DEAD LANDS by Benjamin Percy

I reviewed this book for Cemetery Dance, so go check that out if you want, but I’ve been a fan of Percy for a long time, starting with Refresh, Refresh (stories) and then The Wilding (man vs. nature vs. man), and the more recent Red Moon (lycanthropes) leading to this reimagining of the Lewis and Clark expedition, told in a post-apocalyptic setting, that starts in St. Louis, and expands west. Percy has a powerful voice, one that’s easy to fall into, and he sprinkles just enough weirdness throughout to keep you on your toes. I felt like there were bits of The Stand and Swan Song in here, as well as The Road, and those are three of my favorite novels ever. What I’m trying to say is pick up his books, whatever he writes, and learn from a master. 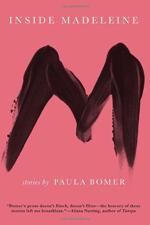 INSIDE MADELEINE by Paula Bomer

Paula Bomer is another of my favorite short story writers, her ability to get into the mundane, the everyday life, and just pull out all of the darkness, and strange isolated moments that separate us, but unify us as human beings—it’s really a gift. She isn’t afraid of the taboo, her work always edgy, laced with sexuality and danger, but not without heart and emotion, which is really what separates her from so many other authors trying to do the same thing. Alienation, lust, and rage…you’ll find all of these things here. With story titles like “Pussies,” “Inside Madeleine,” and “Breasts,” I guess it’s to be expected. The fact that these stories can make me flush, make me sweat, in so many ways—tense and excited, worried and hypnotized—really shows what a powerful storyteller she is. These are not happy little Disney stories, but really, we know how those tales end, right? Adding this book to her other collection, Baby, and her debut novel, Nine Months, that’s a trifecta of dysfunction that you need to pick up and dive into, as soon as possible. (I'm also thrilled that she has a story, “A Galloping Infection,” in the upcoming anthology that I edited, The Lineup, out soon with Black Lawrence Press.) 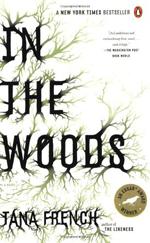 IN THE WOODS by Tana French

I’d been meaning to read this book, and others by French, for a long time, and finally got around to this one, her debut, which came out in 2008. It took me a while to get into the voice, to be able to handle all of the slang and local color, but once I was hooked, and it didn’t take too long, I was all in. It’s a creepy story, that never gives us all of the answers, but it gives us the ones that are most important. When three children disappear in the Dublin woods in 1984, only one survives. This boy, Rob, eventually becomes a detective, and with his partner, Cassie, is thrown into a haze of cloudy memories and repressed feelings when a local girl is killed in the same woods, twenty years later. There is so much tension and darkness in the woods, that every time we visit them, these trees surrounding a dig site rife with strange relics, it triggers a response, a fear that hints and what might have happened, long ago, and more recently. I think people will love this or hate this—they’ll either get into it right away, and enjoy the voice, or they won’t. Put me in the camp that will read more of French, a strong voice, with a lot to say, I think. 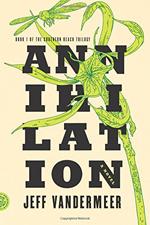 I’m not sure where to even START with this one, or these three, I should say. It takes a lot to really impress me, to surprise me, and VanderMeer has done all of that, and more.

It starts with Annihilation, and Area X, where we follow four main characters, four women, who are part of the Southern Reach, a clandestine government agency, sent into this strange place, across a membrane of a border, to try and…do what, exactly? Fix it, stop it, kill it, be absorbed into it? So much is up for debate. They are the anthropologist, the surveyor, the psychologist, and the biologist. It’s an unsettling narrative, so thoroughly researched, that the technology, the flora and fauna, it’s a lesson to us as we read, the surreal spinning out from something very familiar, the unexpected around every corner, down every tunnel, swimming just under the surface of the water, expanding over our heads in fractured blackness. The end of Annihilation was stunning, beautiful, and haunting—unlike anything I’ve read in a very long time.

To say that Authority did NOT pick up where I thought it would is an understatement. VanderMeer introduces a new character, known as Control (John Rodriguez, as we later find out), and the dysfunctional, scarred, and amorphous cast of the Southern Reach office—Grace, the assistant director, Whitby a patsy who may not be all that he seems (he may be much more) as well as Jackie Severance (John’s mother), and one of the only surviving, coherent members of the expeditions, Lowry. The plot thickens, more is revealed, and questions are raised—the lighthouse keeper presented, the true identity of the last director of the Southern Reach, Cynthia, confirmed, as well.

Which leads us to Acceptance. We get much more of the lighthouse keeper’s story in this book, as well as the emergence of other characters into Area X, as the border expands, and the Southern Reach falls apart. So much unfurls it’s really hard to even talk about it, except that it’s a poetic ending, a way of looking at humanity in a new and exciting way. I mean, maybe the acceptance is of the fact that we can’t possibly be the only life in the universe, to think otherwise, is to be in so much in denial, so conceited, that is borders on a sickness, I think. And of course, however that alien life might manifest, it could be in so many different ways, probably difficult for us to even understand. I doubt it’s grey men, or green men, or anything we’ve ever seen in film, or read about in books.

This trilogy is stunning, and unique in so many powerful ways. I can’t recommend it enough. The last time I read something that touched and moved me so much, while also surprising me, showing me life in a new and frightening and beautiful way was Perdido Street Station by China Mieville, many years ago. Pick up these books, and let it wash over you. You won’t regret it.

Great choices. Annihilation is one of my favorite books in the last few years but I find it hard to recommend, I'm so sure that it is a flavor only I would like.

Added Swan Song to my cart on amazon, had never heard of it before.

If you liked THE STAND, you'll like SWAN SONG. And yeah, I don't think we're alone in loving Annihilation, as it's won several awards now!