As writers, we do not exist in a vacuum—we are constantly informed, changed, influenced, and inspired by the world around us. Today, I wanted to give you some examples of how various media has changed me as a writer over the years, and how you can look to these mediums for your own continuing education. Let’s get into it, shall we?

There have been so many excellent television shows over the years, and I have enjoyed quite a few series—The Wire, Lost, The Sopranos, Six Feet Under, etc. But when I think about my writing career, and my voice, there is one show that started back in 2011 that really changed the way I write, with several stories of mine benefiting from that exposure. I’m talking about Black Mirror.

Maybe this show had a profound effect on you as well. I think I have to go back farther, to look at the roots of this series, to shows like The Twilight Zone, and Night Gallery, and those definitely expanded my mind. What Black Mirror did for me was to get darker, to be weirder, to use science and technology in ways that didn’t make me feel like I was stupid, and so I absorbed it, and looked for ways to put that into my writing.

I had a story, a fragment, something I didn’t really like, but it had potential. I kept coming back to it, this man living in a shack on a hill, the land turned into an island by rising water, his wife dead from a poisoned fruit tree. The story, “Fireflies,” came out of this world. And another about wolves, entitled, “Playing With Fire.” But the story that benefited most from Black Mirror was, “Open Waters,” which is in my latest collection, Spontaneous Human Combustion. What I realized was that this story didn’t need to take place on this island, it had to take place in a VIRTUAL REALITY—a man living such a desolate, lonely, miserable life in some dystopian Chicago hell—that he’d rather die in that world, than live in this one. I had to watch Black Mirror to get to that story, and never would have found it without that influence. 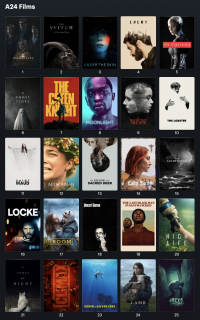 When I think of films that have been impactful, stories that have stayed with me for a very long time, there are so many—Arrival, Inception, Oldboy, etc. But what has had the most influence on my body of work as an author is not just a film, but a production company—A24 Films. I cannot think of a bigger influence over my writing career than the work they have put out: Hereditary, The Witch, Under the Skin, Enemy, Ex Machina, A Ghost Story, Saint Maud, Midsommar, The Killing of a Sacred Deer, etc. They taught me to take chances—by delaying the plot, via a slow burn, eating pie for five minutes in real time. They taught me how to create new, original horrors with witches, and demonic bloodlines, and aliens from other planets. They taught me how to use the world around me to build claustrophobic settings—with cults, and religious fervor, and artificial intelligence. So much originality, so much inspiration.

While I did read some amazing collections in college, and in my MFA—such as Bad Behavior by Mary Gaitskill, Jesus’ Son by Denis Johnson, and Daddy’s by Lindsay Hunter—the ways that stories have most influence my writing in the last 14 years, and especially the last five years, is by reading the various best of the year anthologies. In every year, in every anthology there was at least one story that got a 9/10 rating from me, even a few 10/10 stories. These are my contemporaries, my peers, my idols, and my friends. And what they have done for me is to show me what might be possible, to push me to be original, to educate me on how complex this storytelling really is, if you want to publish in the elite magazines and anthologies. Here is that very list, never shared in public before. I hope that you find some inspiration in this list:

I haven’t read nearly as many novels in the last five years or so as I should have. I think it’s partly due to a busy schedule, partly due to the insanity of Covid, and partly due to my focus on other mediums. The books that have had the largest influence on me, and this may not be surprising to my students, are the ones I teach every year in my Contemporary Dark Fiction class. I can think back to 20 years ago when I read Perdido Street Station by China Mieville for the first time—on my lunch hour every day. I was working at a boutique advertising agency out in the suburbs, so I’d take a walk to a bus to an el train to the METRA out to this location, where three of us worked in this tiny shop above the downtown Elgin center. Every day I would walk to this cute little Thai restaurant where I’d order my Thai Basil Chicken, miso soup, spring roll, and a Coke—diving into Perdido, this epic new-weird tome that filled my head with images for six months. A huge influence on my writing, so much originality.

It’s not surprising that years later Jeff VanderMeer’s Annihilation would have a similar impact. More compact, but equally dense, the eco-horror, the environmental science fiction in that book had a profound effect on me. The Crawler, and THAT SCENE, were a direct influence on my novella, “Ring of Fire.” There were things in that book that I’d never seen before. I think of Bird Box by Josh Malerman and how that book woke me up to the storytelling I’d loved over the years by Stephen King and similar voices—taut thrillers, unknown horrors, and sensory details created such a hypnotic experience that I didn’t put the book down (the day after Thanksgiving, the year it came out) until I was done. Sweaty, flushed, and in tears—it was quite a ride. The fourth book in that class is Come Closer by Sara Gran. This intimate, informal, sometimes vulgar, sometimes claustrophobic story did for demons and possession what A24 did with film. It got under my skin, and scared the crap out of me—in minimalist prose, without taking up 700 pages. I learned a lot. There are so many books out there, but these stand out to me, which is why I teach them.

HONORABLE MENTIONS: All the Beautiful Sinners by Stephen Graham Jones, The Warren by Brian Evenson, Blood Meridian by Cormac McCarthy, Wind-Up Bird Chronicles by Haruki Murakami, Kiss Me Judas by Will Christopher Baer, The Contortionist’s Handbook by Craig Clevenger, Invisible Monsters by Chuck Palahniuk, The Long Walk by Stephen King. Really, I could list so many.

One of the things our family did over the Covid epidemic was listen to albums. My kids turned me on to so many musicians, everything from Miles Davis and Kanye West to Harry Styles and Tame Impala. The band that has had the most influence on me as an author though is Radiohead. The stories they tell, their videos, the lyrics, and the range of emotion has taken me on some epic journeys over the years, leading to sadness, catharsis, loss, inspiration, grief, and hope. They are a complex band that I can’t begin to unpack, but if you want to see my top ten songs, you can head over to Spotify and see that list. Just ahead of The Cure and The Smiths, they hold my attention, make me think, not afraid to change up their sound from one album to the next. The inspire me all the time. 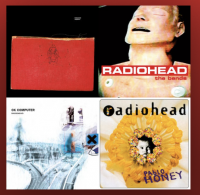 The whole point of this column is to remind you that of course we, as authors, are influenced by stories and books, by collections and anthologies. That’s a given. But we are also inspired by television shows, films, and music. So use your whole life experience to find source material, to do research, to find originality, and to hone your craft. If you remain open to learning and growing as a writer, you will find knowledge and inspiration in so many different places. I hope my stories, notes, and thoughts here help.