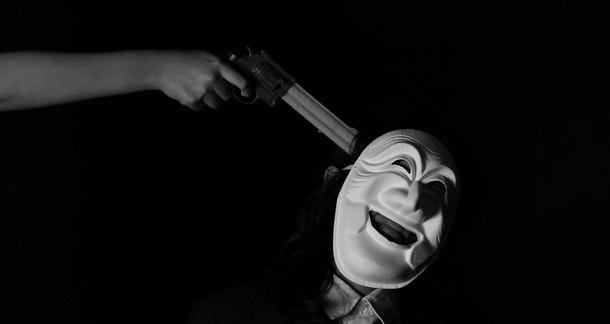 When I ask my friends why we like to watch and read about private investigators, the answer is pretty consistent: because they’re fucking awesome.

They are, right? They work outside the law—or, rather, adjacent to the law—but they think like criminals. Many of them WERE criminals, maintaining a connection to the underworld via confidential informants.

So when I ask my friends how they feel about snitches (a layman’s term for “confidential informants”), the answer is also pretty consistent: fuck that noise.

These diametrically opposed reactions in the art’s intended audience make me wonder, how do PIs get a free pass for utilizing and sometimes being snitches? I think we first have to look at the origins of the detective novel, and where better to start than with Dashiell Hammett’s Nick Charles, Raymond Chandler’s Philip Marlowe, and Agatha Christie’s Hercule Poirot?

Marlowe is to private investigation what Indiana Jones is to archaeology… he basically comes in, makes a mess, and then struts out the door.

One thing these three investigators have in common is that they’re roped into murder/homicide cases largely against their will. It seems like this reluctance is a large selling point. They’re not SUPER into what they’re doing, so they come across as aloof, disinterested, and most importantly, cool. (Philip Marlowe gets extra cool points because women throw themselves at him even though Marlowe is to private investigation what Indiana Jones is to archaeology… he basically comes in, makes a mess, and then struts out the door.) To the audience, they don’t seem to be thinking three steps ahead, even though they are... or rather, they must be. Either that, or they’re the luckiest sons of bitches to ever walk their wingtips over the face of the earth.

The dichotomy between private investigators and snitches in film and literature boils down to allegiance. PIs don’t have any allegiance. They are for-hire to whomever pays them. On the Dungeons and Dragons alignment, they are the truest neutral.

But usually they are aligned with the law, so readers don't have to question their moral relativity. Nick Charles, Philip Marlowe, and Hercule Poirot all solve murders—and murder, as a rule, is bad. We like these PIs by the transitive property. The guy (or more often girl, specifically smokeshow redhead, though hair color does vary) who hires them is in the right, so that puts them in the right by default.

But private dicks can just as easily be hired by the bad guys. The novels from the 1930s just don’t set them up that way. (SPOILERS START HERE.) One example I have always loved is Martin Scorsese’s film The Departed. There is no private detective, but we do have detectives, specifically a mole and an undercover cop. The audience aligns with the undercover policeman in this one, which is weird, because that would, technically, make him a snitch, right?

Typically, a snitch rats out the people outside the law. The snitch is often a Made Man or one of the gang himself, but they could just be AROUND, someone the organized crime unit trusts as a matter of course. By societal standards, we shouldn’t like Billy (Leonardo DiCaprio). And if we go by that logic, we shouldn’t like Alonzo Harris (Denzel Washington) in Training Day, either. They swore allegiance to their organization, and then they violated it. Fuck that noise.

It seems like we don’t like snitches because of how television and film depict organized crime. In theory, we should hate them all, but we don’t. In The Departed, the Irish mob is the big bad, so we don’t like them, and we want to see them brought down, so we like Billy. Same with the narcotics unit in Training Day’s Los Angeles.

That’s not always the case, though. We (I) LOVE the Corleones. The Shelbys. The Sopranos. I have a theory about why this is: generally speaking (there are, of course, exceptions), these organization exist outside the law because government organizations couldn’t be trusted to protect them as people. For example, how rewarding was it to see Alonzo Harris’ own neighborhood finally give him the vigilante beatdown he deserved? 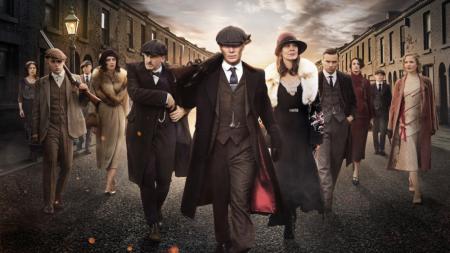 Even in organized crime of a historical nature, to contemporary viewers, Sicilians, Irish, and Russians present as white, but they would have been discriminated on the basis of ethnicity at the time in which the works are set. In the opening of The Godfather, for example, the audience hears Bonasera’s monologue about his daughter’s assault and understands why the family was formed—as protection FROM the police. This concept is one with which contemporary audiences are very familiar.

Even among families, no one talks to the police: it violates the oath of omerta, which every Made Man takes. In The Sopranos, for example, when Christopher Moltisanti (Michael Imperioli) gets Made, he takes an oath that he will never talk to the police. Not about anything that happens in the family. Not even when it could potentially prevent him from serving time. Not even to get other, competing families imprisoned. Not even when ratting on someone else—the person who actually committed the crime—could get him off the hook. It is okay to inform the police EXACTLY NEVER.

Violating omerta has a zero tolerance policy. According to Selwyn Raab in his nonfiction text Five Families, “The penalty for informing was usually a bullet in the back of the apostate’s head." This is the Sicilian—and by extension, Italian—tradition. Of course, private investigators take no such oath. Their loyalty is to the person who hires them, whomever that may be. For some reason, our culture doesn't look down upon this. The reason could be that we respect the hustle. Money is important, especially when you ain’t got it. But aren't mobsters hustling, too?

Not every organization has such a staunch punishment, though. Look at Peaky Blinders. (By the way, though the organization is English, the Shelbys are of working class, Lost Generation England, and partly Gypsy, all of which have a long history of being discriminated against.) Occasionally, for the betterment of the family, all of the bosses on this show conspire with the police, but they never inform because they will never change their allegiances. It’s a matter of honor. Like Alfie Solomons tells Tommy Shelby when Tommy’s rage gets the better of him, “If you pull that trigger, right, you pull that trigger for a fucking honorable reason. Like an honorable man, not like some fucking civilian that doesn’t understand the wicked way of our world, mate.” Being a gangster is a commitment. It requires loyalty to the game, and behaving like “some fucking civilian,” the worst instance of which is informing the police, is punishable by death.

Part of what makes noir and crime fiction so enjoyable to readers and audiences is the ambiguity. Our allegiances vary depending on the POV of the story. Sometimes we root for the bad guy. Sometimes we give the snitch a pass. It is a delicate balancing act, one that takes chops as a writer and a deeper understanding of the genre as a whole.

Mary Kay is a belly-dancer, horror enthusiast, sideshow lover, prose writer, Christian, and literature professor from south of Atlanta. She is currently writing a nonfiction novel about Queen of Policy gangster, Madame Stephanie St. Clair, and her book about America's first female serial killer, Jane Toppan, is forthcoming from Mango Publishing. You can hear her analysis (and jokes) about all types of scary movies on her blog and the podcast she co-founded, Everything Trying to Kill You. Follow her on Twitter at @mkmcbrayer.