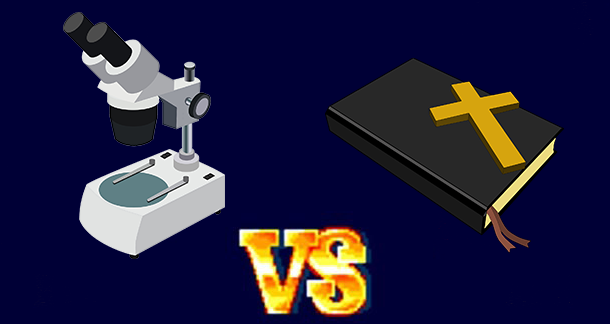 Science is a tool writers use to make their characters trustworthy and their stories believable. Science fills in the gaps. Science ties our world to new, fictional worlds.

Science is an overused tool in fiction.

Here's the briefest version I could come up with to show the difference between the use of faith and science in fiction:

In World War Z the movie, the plot ends up revolving around finding a method to stop zombie attacks. Zombies behave in a scientific way, a theory is formed, tested, and a scientific solution is found in a lab setting. The end.

In Dawn of the Dead (1978), here's the explanation for how zombies work:

When there's no more room in hell, the dead will walk the earth.

That's it. Why zombies do what they do, how they behave, it's all speculation by a few characters.

One movie seeks to explain by science. The other by faith.

When Star Wars: Episode One told us about the science of midichlorians, did that make the force any more credible? More interesting? More useful as a story element? More emotionally complex? Did it change the way the force functioned? Did the producers put together a heart-pounding trailer that promised to finally reveal the mechanics of the force?

Everything we needed to know about the force was explained by a little green puppet in the swamp. Faith in the force was enough. And in fiction, “enough” is better than “too much.”

It's so easy to over-explain with science. To overdo the science and make the leap less interesting. To take the mystery and interest out of your fictional world and replace it with useless, invented facts.

Don't trade off faith for science in your stories.

A common technique for writing a character who can "handle himself" is to give me a bunch of numbers.

If my character, Detective Hardass, tells you he's got a firearm with a 100 mm barrel, what does that mean to you? If Detective Hardass told you the muzzle velocity was 762 m/s, do you think that’s a lot or a little?

And if your reader isn’t familiar with this stuff?

Instead of building competence in a character with numbers and facts, build a character that I believe is formidable. Create a voice or a way the character conducts himself that gives me faith. That serves you better in this gunfight, and it serves you better if you want to try a car chase later, or a barroom brawl. General belief works for all of those things where if you tried to share a bunch of facts each time, it'd be a snoozefest.

If you're writing a gunfight that's a snoozefest, you're messing up.

Science is not something that a reader invests in. It’s something they’re told. When you and I know the order of the planets in our solar system, that’s not exactly a big connection.

When you and I believe the same things about what happens after humans die? That’s another story.

Faith is asked for by the writer, and the reader chooses to give it. By giving faith, readers participate in the narrative, just a little. If readers believe in something or someone in the story, and if they turn out to be wrong, they lose something, and they feel that loss.

If the reader places faith in the narrator, they WANT the story to turn out a certain way. They will root for certain things to happen.

Faith enmeshes your reader with your story. 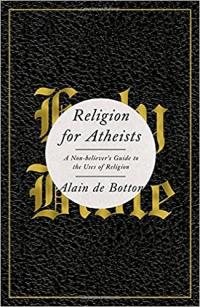 Where Non-Fiction is Headed

Qualitative data is becoming a bigger and bigger part of the academic world. It’s becoming common to see a thesis studded with POV-based stories that illuminate what’s going on.

Non-fiction has caught onto the power of storytelling outside of charts and graphs. Or, to put it another way, non-fiction recognizes that science functions a lot better when it’s rounded out with story.

If there’s room to tamp down the science in a thesis to make room for stories, and if people doing academic work are recognizing that faith-building matters in a narrative, you damn sure better be looking towards faith for your fiction.

How Readers Feel About Themselves

If your narrator is someone who has not traditionally been believed, for any reason, valid or stupid, you’ve got a great setup to build faith with a reader. If your narrator is an outcast for whatever reason, and if their message to readers is, “I’m going to tell you this story, and you probably won’t believe me, nobody believes me,” that gives readers a reason to believe. A reader can be the one person who listens to someone else, and they get to do it in a safe, low-risk situation.

The reader will feel good about themselves. They can feel morally superior, smarter than those around them, and they can feel flattered that the narrator has chosen THEM to hear the story.

Science is a good tool, and it’s a common tool.

Watch, when you read your next few books, you’ll spot the science. You’ll be wishing the writer tried something else.

One of the best ways to stand out as a writer is to do something else. Something that’s simple and works for readers, but something you don’t see every time you open up a haunted house book or a crime procedural.

It's not one or the other. It's both. Faith builds science, science builds faith.

Too many of us neglect faith, and it weakens our fiction.

Next time you reach for science, pause, and give faith a whirl.

Get Religion for Atheists: A Non-believer's Guide to the Uses of Religion at Bookshop or Amazon

Get How To: Absurd Scientific Advice for Common Real-World Problems at Bookshop or Amazon

It's Made Of SCIENCE: Zombies

I always want my article to be flawless, so a professional essay editing service is one of the best solutions for me. In many ways, academic performance determines my future, and every success or failure affects it, so I decided to  try it now>> working with real research professionals now who make my essay flawless. An improved version of my work was returned to me by the deadline indicated, and I felt completely safe submitting it, knowing it was perfect! Therefore, I prefer to save my time and nerves by avoiding problems with my studies.