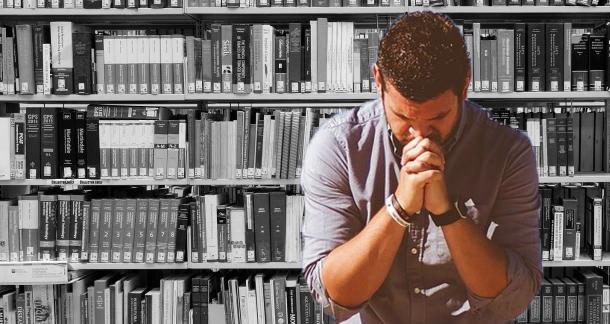 A few months back there was this author who, in trying to get his book stocked in libraries, acted like kind of a dunderhead and pissed off a lot of library people.

He wrote a bit in Publishers Weekly about it, which opened like this:

In 2014, as the author of a new nonfiction book—which, even before publication, was more or less doomed to obscurity, at least outside of academic circles—I was looking for ways to shill a few copies. Hey, royalties are royalties, after all. Then it hit me: libraries.

So, basically he admits that nobody wants to read his book, and he’s looking to make a quick buck. Maybe librarians are suckers!

Not a sympathetic opening gambit.

He went on to describe how upset he was that the library, at first, didn’t beg him to take a crate of books off his hands. Then, after one library system bought one, he was disappointed that they bought ONLY one. Not only did he feel his book was owed a place in the library, his demands ESCALATED as they were met.

Okay, I’m being overly harsh. Assuming best intent, he was probably being cheeky about his book being totally undesirable. And as for his demands, library folks like myself sometimes lose sight of the fact that people who don’t spend their lives embedded in Libraryland don’t always understand how things work.

I’m not here to shame, but to use this story as a framework for advice to authors looking to get their books into libraries.

Do I Want My Books In Libraries?

If this data seems baffling, blame yourself.

I know what you’re thinking: “If I keep my books OUT of libraries...everyone will have to BUY them! I’ll be rich beyond wildest imaginings!”

Before you start buying old-timey bathing suits so you can take a dip in your money bin, here’s a small dose of reality: The choice between borrowing and buying is a false one.

Tons of studies have been done on how libraries affect book buying behavior, and every single time we re-affirm that borrowers and buyers are the same people. This latest one even says that library borrowers buy MORE books than book buyers who don’t use their library. Weird, huh?

I know, it seems ass-backwards. But if this data seems baffling, blame yourself.

Let me add something else: When libraries promote books, they promote books they have in their collections (mostly). Getting your book in a library opens you up to promo opportunities that you’ll miss out on otherwise.

We’re On Your Side

Approach the conversation with a librarian knowing that we want to buy books, and approach assuming that we are potentially interested in yours (because we are!).

People spend their tax money on libraries, and it’s our responsibility to make sure that money is spent with a likely return on investment. So, yes, we’re not going to buy 5 copies of your indie non-fiction about D.B. Cooper. That seems like an unreasonable expectation on your part, and it would be an irresponsible use of money on ours. I might love your book, personally, and if it were up to me, I might stock an entire wing with your stuff. I know many a librarian is tired of watching the same damn books go out the door over and over. But this library isn’t my personal collection, it’s one I’m curating for everyone else. It’s not a matter of my taste, it’s a matter of my best guesses as to the tastes of my community.

Go into your library interaction without hostility, assuming good intent, and assuming we’re on your side. That said, be prepared to sell us a little.

We get a ton of generic author sales emails, the indie author equivalent of the guy who tries the same cheesy line in a bar time and again, figuring it only has to work 1 out of every 100 times to be worthwhile.

Give yourself 10 minutes to explore a library’s web site. Make sure you’re requesting via their preferred method. Think up a couple popular books that yours would fit with, and check if the library has those. If they do, include it in your pitch: “I notice you carry Authors X and Y, and my fans have a lot of crossover with theirs.”

It takes work to do a personal pitch, but if you’re not willing to hand-sell your own book to individual libraries, how willing do you suppose I’ll be to buy it?

I don’t want to read a novel ABOUT your novel. Give me the quick, three-line email pitch. People who work in libraries are inundated with emails, small and large tasks, and weird ebbs and flows of busyness. Taking up more of my time than is necessary does not work in your favor. Pick up a Publishers Weekly (or look at their reviews on Amazon). No longer than that, please.

It can feel gross and unnatural for authors, but you have to sell. Are you local? That helps. Is your book connected to the geographic area or local history, even just the tiniest bit? That helps. Did you check if this library has a local author collection your book might fit into? Also good.

Did your book get a review in a major publication? That helps.

Libraries struggle to court male readers. Does your book appeal to men?

Libraries are often staffed by women. Does your book appeal to women?

Does your book speak to a very current movement or issue? The wheels at big publishing turn slowly, and if you can beat them to the punch, that’s an angle.

I don’t think I’m blowing the lid off anything here when I say that libraries are trying to promote more diversity in their collections. If your book fits into that wheelhouse, don’t be afraid to say so.

I know, it can feel scummy to sell your book sometimes. You have genuine feelings, and you committed them to paper. It might feel like selling a piece of your soul to think about marketing angles. But the more people who see your words, the better.

Many an author has requested a book be purchased under the guise of being someone other than its author. These disguises are usually horrible, the online equivalent of the plastic glasses, nose, and fake mustache.

To put it another way, don’t you have a Spidey Sense when you’re looking at a book on Amazon, it has a couple 5-star reviews, and one sounds suspiciously like the author? You recognize those, right? So do we.

If you’re requesting your own book for purchase, that’s cool, but don’t pretend you’re anyone other than the author. Reason being, if you’re discovered (which you will be), there’s about zero chance your book will end up on library shelves.

Bonus Advice: Don't use the phrase "as a patron of this library" when selling your book. You might be a library patron, but when you're selling a book, you need to set that identity aside and own who you are in this context: a bookseller. Tell them you're local, but don't make it sound like the library owes you something.

This is some hardcore business shit that we’re shooting past, so get ready:

Libraries deal with fiscal quarters and years like any business. So, their buying power is greater or lesser depending on where they’re at, who does the buying, and how they manage their budget. Their budgets may also change with the economy and depending on what else is going on within the city. They may be planning their budgets years in advance, so they might be more conservative or spend-y depending on A TON of internal and external factors.

I’ll suggest December and June as your best times to pitch for a variety of reasons too yawn-inducing to go into. But, if you’re dead set getting into your local library, there’s no harm in asking when they do most of their ordering and saving your pitch for that time.

Don’t Be An Ass 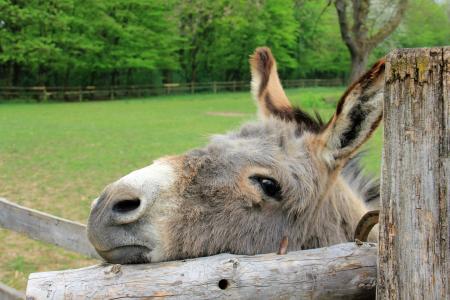 Asking for a library to carry your book is like asking a social acquaintance out on a date: make sure you’re clear in what you’re asking, make sure you’re ASKING, and if the answer is no, accept it and move on. Don’t look for justification, don’t make it weird. Don’t play the game where Mom said “No” so you go and ask Dad (probably should have ended the "asking out an acquaintance" analogy before bringing in Mom and Dad).

Approaching a library like they owe it to you to carry your book? You might get your book on the shelf, win in the short term, but you won’t be happy. The guy from the story at the beginning of this column? He wasn’t happy in the end. Even though his book sits on the shelf, he’s obviously dissatisfied.

When it comes to placing your book in libraries, the name of the game is respect. Be respectful.

And accept. Although you can do some things to help your chances, it’s ultimately out of your hands. The only thing you control, start to finish, is how you behave. And if you’re an ass, you’ll be disappointed in the results. And in yourself.

I understand that this is a rather philosophical question of "books that people really want to read." Preferences can be so different, while views can change depending on the circumstances in which a person finds himself. For example, I didn't use online help before, but later I used article ghostwriter. It helped me get a really high-quality result, in a timely manner.

To choose the best alternative from the many resources available nowadays on the Internet that offer writing services demand checking the reviews. I order coursework where I had papers written, and they did an excellent job. Pay close attention to this website if your question is still applicable.