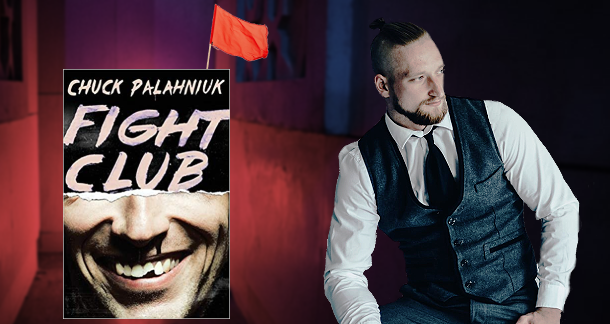 A few weeks ago I saw someone on Twitter refer to Fight Club as a “red flag” movie. You can see the tweet in question here.

If you haven’t come across this term before, calling a piece of media a “red flag” means that if a person says they like it then that person is not someone to associate with. So, using the term “red flag” not only attacks the film or book, it also attacks the fans. It adds an ad hominem criticism to the media criticism.

Aside from the fact that I am an unabashed fan of Fight Club—the film and the novel—I found myself reeling at this tweet because the whole idea of “red flags” is everything I don’t want in the larger discourse about books. Not only is it poor form to judge a person by what media they consume, it also prevents some of the best conversations you can have, the ones where you disagree with someone.

Not only is it poor form to judge a person by what media they consume, it also prevents some of the best conversations you can have, the ones where you disagree with someone.

Here are a few examples of how some people describe their “red flag” books. These are from a Revelist article called “29 Books You’ll Find on a Fuckboy’s Shelf.”

The Great Gatsby: “Maybe he feels he's been done wrong by a Daisy, and that was the catalyst propelling him to fuckery. Or maybe he was just invited to a 1920s-themed party and needed to brush up on his Lost Generation lingo from high school.”

Leaves of Grass: “Because he's, like, into poetry, y'know?”

Breakfast of Champions: “More than one Vonnegut title on said gent's shelf, and you can be assured of who and what you're dealing with.”

I get that there’s an extent to which this is going for laughs. I don’t think the author means to actually analyze the books. But as a part of this “red flag” discussion you can see that it’s about taking a shot at the reader as much as, or maybe more so, than the book. It’s all knee-jerk judgement, and usually based on stereotypes.

Here are some more examples from a Buzzfeed article called “28 ‘Favorite’ Books That Are Huge Red Flags.”

Pride and Prejudice: “You think waiting around is going to turn jerky-but-hot Blake from advertising into Mr. Darcy? No, the only thing you're going to be waiting for is your cats to eat your face after you die of loneliness. Settle for a loser like the rest of us.”

The Catcher In The Rye: “Oh, no one understands you, just like Holden Caulfield? Why the fuck would I be the first person to start? Get away from me.”

And, of course, Fight Club: “Oh, it's so haaaaard to be a white-collar man nowadays, what with laws and feminism and Ikea restraining our healthiest instincts. Oh, wait, no it's not. We're coddled and chubby pink piglets who don't have to fight in wars or protect anyone. Enjoy your Frappuccino like a man and quit complaining, you teenager.”

This article at least makes a slight attempt to get into the content of the books. And, again, I get that there’s an element of humor to it, though I’d argue the author is wrong on some basic ideas of each book, which makes the jokes fall flat (if you read Project Mayhem as a proscription for how to deal with modern life, you need to go back to Fight Club and try again). But the piece also begins with the statement that these books are “indicative of deep and abiding potential character flaws in you and your loved ones.” I’m not sure how that line gets read in jest.

These articles are only two examples. Google “red flag books” and you’ll get plenty more. So while the undertone of a joke is often present, the conversation around “red flags” is getting wider, which you can see in the tweet that started all of this—there is no humor there, that author brings up the concept in a completely serious manner. 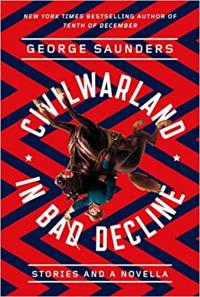 This is not to say that one ought to love every popular or classic book. There are plenty I don’t like. The Great Gatsby, for example. Or CivilWarLand in Bad Decline, not to mention anything else by George Saunders.

In fact, one time I was talking to my students about all the things I don’t like about Saunders’s writing when one of my colleagues in the hallway overheard me, popped her head in, and asked if I was serious. She and I later on had a great discussion about books by Saunders, which are some of her favorites. While neither of us convinced the other of anything I think we’re both better for that talk and the many that followed.

That’s the thing about “red flags”: if you take the idea seriously then you shut down some amazing conversations. You keep yourself from having to defend your ideas by dismissing not only the book but the person who likes the book as bad. If the person is bad, why talk to them?

Of course, it’s likely the person isn’t bad, they just don’t like the same things as you do. And a conversation with that person probably won’t change your mind about the book or movie in question. But it will force you to wrestle with ideas, like why people enjoy and find value in the things that you don’t. And that is hugely beneficial. It’s one of the most important things about being a thoughtful reader.

This whole “red flag” idea reminds me of something Ted Lasso said: be curious, not judgmental. Curiosity means engaging with people who read and enjoy books that you do not, and maybe asking them why they do. Being judgmental means simply writing off the book and the person as beyond the pale.

Maybe this concept started as a joke, but it isn’t anymore, and I hope it fades pretty quickly so that we can have more curiosity.

Get Fight Club at Bookshop or Amazon

Get CivilWarLand in Bad Decline at Bookshop or Amazon

Community Manager
helpfulsnowman from Colorado is reading But What If We're Wrong? by Chuck Klosterman October 19, 2021 - 10:16am

People who seriously talk about red flag books are dweebs. Try talking to a person without trying to gain the moral high ground, you dweebs!