Put a Cap on It: Learning the Rules of Capitalization 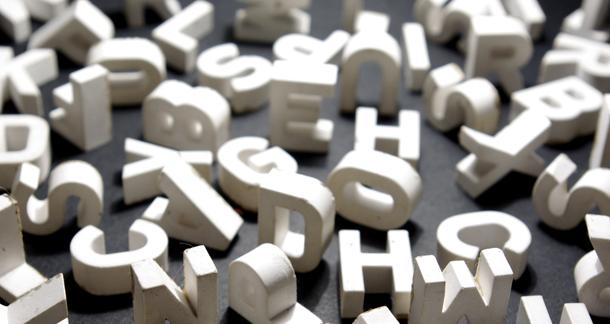 Do you capitalize every noun, every possible title, and every word that might be important? If so, you are an OverCapitalizer! You are not Alone in your Desire to make Every Word seem Important: I read at least 3-5 documents and emails each day that are riddled with haphazard capitalization.  People tend to write the way they think, and sometimes, when they think something is important or noteworthy, they capitalize it. In fact, I’d say, most people over-capitalize because they just aren’t sure. Let’s get the rules straight once and for all.

Capitalize the first word of a sentence.

Capitalize proper nouns (the names of people, places, and things).

Occasionally, some regular nouns may be capitalized when they refer to a specific person, place, or thing. For example, the word president is not capitalized and President Obama is. However, in some cases, typically a news story or press release, if the word is replacing the proper noun AND it's clear that it's only meant to refer to President Obama, it may be appropriate to capitalize the word President. For example:

After the press conference, the President took a phone call from the president of Russia.

However, when used in the generic sense either as nouns, adjectives, or verbs, proper nouns and words derived from proper nouns are not capitalized. For instance,

Brussels is a city, and brussels sprouts is a food named for that city, but not necessarily from there. Ditto for french fries, swiss cheese, manila envelopes, venetian blinds, roman numerals, scotch whiskey, pasteurize, italicize, bohemian, herculean, quixotic, etc.

(Be careful, the autocorrect on your word processor will likely try to capitalize some of these.)

Adjectives formed from proper nouns such as Chicago and Darwin are also capitalized:

Your average Chicagoan is not used to such warm temperatures in February.

The Darwinian theory of evolution is always a hot issue.

North, Northeast, Northwest, South, Southeast, Southwest, East, and West are capitalized when they refer to a specific location. For example:

The Northwest is known for wet climates and snow-peaked volcanoes.

My family is mostly from the East.

However, when they are just used as directions or as adjectives, they are not capitalized. For example:

My house is on the east side of the river.

I am unaccustomed to the southeastern humidity.

Capitalize days of the week, months, holidays, and historical events or time periods.

The words day, month, and holiday are not capitalized, but Monday, May, and Easter are. For example:

The fourth Thursday of every November is Thanksgiving.

The words whites and blacks take lowercase when used in the generic sense, but Caucasian and African American are capitalized. However, sometimes these terms can be contentious, so the words White and Black can be capitalized when used to refer to race in a specific way.

These words are also capitalized when they are used as adjectives; however, the nouns that they modify are usually not. For example: English manor  and Catholic monastery. When talking about the specific Republican Party, however, you will capitalize both because the word party is part of the proper noun that makes up their name. Generically, though, it would be Republican party.

Capitalize relationships ONLY when they precede or replace proper nouns.

You may capitalize these relationship words when they replace the proper noun. For instance:

Please don’t tell Grandpa we are out of jelly beans.

When Mom finds out you ate them all, she’s going to be mad.

However, if you use the words my, the, our, etc. preceding it, you wouldn’t capitalize it because you don’t use those words before a proper noun. So,

Please don’t tell my grandpa we are out of jelly beans.

When our mom finds out you ate them all, she’s going to be mad.

It may seem obvious to capitalize Doctor Smith, President Obama, and Senator Clinton, however, you would not capitalize the titles if they appear any way but preceding the proper noun. Thus it would be: Ted Smith, doctor of optometry; Barack Obama, president of the USA;  and Hilary Clinton, senator of New York.

Now, I often see this at work and in other professional settings:

Mary is the Project Manager on this job.

Frank is the Director of Human Resources at USK Industries.

According to the Chicago Manual of Style, which tends to prefer the “down” style of capitalization (meaning, not capitalizing unless absolutely necessary), corporate/job/organizational titles need not be capitalized.

Mary is the project manager on this job.

Frank is the director of human resources at USK Industries.

Similarly, descriptive titles are also not capitalized. For example:

Capitalize the titles and subtitles of works.

The tiles of books, movies, songs, etc. All words in a title should be capitalized except articles a, an, the; the word to; and connecting words such as from, for, of, and, and in that are under five letters UNLESS they appear at the beginning or the end of the title, or when beginning a subtitle and appearing just after a colon. If the noun or verb is under five letters, it is usually capitalized. Here are some examples:

When in doubt, look it up

I tend to follow the Chicago Manual of Style because it works well for most types of writing—business, marketing, everyday communication, creative prose, magazine writing, etc.—but some style guides may vary in their rules on capitalization. Scientific writing, for instance, may have much different rules, so be aware who you are writing for. The rules above, however, are generally acceptable in most English speaking environments, so get to know them and join the fight against the OverCapitalizers!

Carly Berg from USA is reading Story Prompts That Work by Carly Berg is now available at Amazon June 21, 2013 - 9:50pm

The planets Jupiter and Saturn are sometimes referred to as "the King of the Planets" and "the Ringed Wonder" respectively.

Have I correctly applied the rules for capitalization?

The first one is, hulu minimal service at a month. Hulu Login actions making the procedure a lot easier Making a Hulu account is simple as abc.

Great article! I would like to add whether you have heard about thin capitalization - this is a special financial condition of a legal entity, when the amount of borrowed funds significantly exceeds the amount of equity. Countries with high levels of taxation motivate companies to invest through borrowed funds because interest payments are not taxed and the costs associated with equity financing are often relieved of the fiscal burden.
The opportunity to reduce the tax burden and thus increase profits, of course, attracts multinational companies. For example, this method is used by popular corporations, as well as engineering marketplaces, such as Engre.co. The most popular way to reduce fiscal costs is to lend to a subsidiary in a low-tax jurisdiction of a company registered in a country with a high tax burden. The latter periodically pays interest on liabilities from its income, which are transformed into the income of the former.