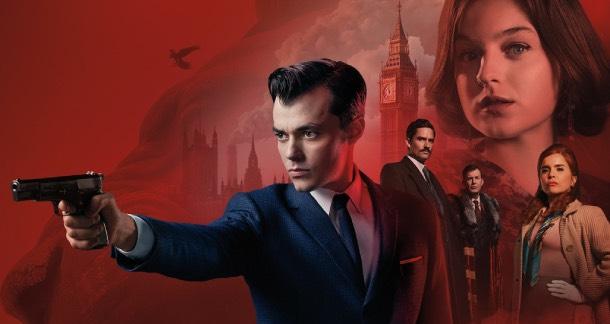 The very premise of Pennyworth sounds like a punchline. An origin story for Batman’s butler? Seriously? When the rumors started to surface in the midst of Gotham’s first season, I immediately dismissed them as a joke, an idea too ludicrous to exist. But I should have known better. If Alfred can star in his own comic series, he is certainly capable of carrying a TV show. And while it has its share of shortcomings, Pennyworth is surprisingly compelling and a lot of fun. It also has the potential to build another intriguing outpost of the DC universe.

Despite its laughable pitch, Pennyworth is not objectively a bad idea. Alfred had an action hero’s resume before he became the Wayne family’s trusted servant. Ex-SAS World War II veteran, former intelligence agent, retired stage thespian, and of course, formally trained butler. His collection of competencies ranges from combat medicine to computer systems. He is the tinker, tailor, soldier, and spy all in one.

The show picks up young Alfred in 1960s London, where he works as a bouncer for a nightclub while he tries to establish his own private security firm. Although a skilled killer, Alfred wants to leave violence behind and become a respectable businessman. Clever and charismatic, he will always try to talk and trick his way out of trouble, but he doesn’t hesitate when it’s time to fight. His services are frequently engaged by Thomas Wayne and Martha Kane, Batman’s parents-to-be, as they get dragged deeper into the cloak and dagger conflict being waged by two shadowy societies for the soul of Britain.

Alfred [has] an action hero’s resume...He is the tinker, tailor, soldier, and spy all in one.

Pennyworth’s greatest asset is its ensemble of eccentric characters. The titular hero is as charming and witty as always, but we get a better look at the darkness that lurks behind the friendly face. It’s close to the surface and not so easily ignored. There are many moments where young Alfred struggles to reconcile his desire to hurt people with his moral code, an internal conflict he will no doubt pass on to Bruce Wayne in the future.

His old army buddies serve as both comic relief and dramatic foils—you will laugh as Dave Boy stumbles drunk and half-naked into a poker game, but then you’ll cry when you realize his bravado in the face of danger is just the death wish of a very damaged man.

Thomas and Martha are a ridiculous delight as spoiled rich kids who decide to spend their summer in Europe dabbling in espionage. They are determined to make a difference, but unclear on how to do so. It’s a rather delicious irony that the parents of Batman are essentially inept intern spies, but over the course of the first season you see that the basic ingredients of the Dark Knight are there: Thomas’ pragmatic no-nonsense worldview and Martha’s compassionate conscience.

The show peeks in on everyone, from the loftiest lord down to the most knuckle-headed thug. Watching this assembly of weird, dangerous people violently bounce off one another frequently feels like a spy movie directed by Guy Ritchie.

In a Guy Ritchie movie, you are so distracted by the hilarious and harrowing misadventures of the colorful cast of rogues that you don’t notice the plot coming apart at the seams. Unfortunately, this deficiency is a lot more noticeable over Pennyworth’s first season. All of the characters are entwined in the clandestine conflict between two shadowy factions: the No Name League and the Raven Society. There are some interesting theories about these organizations being precursors to, or branches of, the League of Assassins and the Court of Owls, respectively, but that’s all they are: theories. The show gives little voice to either group's ideologies, other than some ambiguous sermons about freedom and order. The only thing we know for certain about the League and the Society is that they hate each other, so much so that their supporters are brawling in the streets like hooligans.

It’s certainly entertaining to watch the players politely threaten each other over tea, but after eight episodes we should really know more about the central conspiracy driving the story. It is difficult to get invested in the labyrinthine details of a secret war when we don’t know what either side stands for, or the real stakes of the conflict. Most of the time it isn’t even clear which side is winning, but I suppose we’re meant to root for the No Name League since it employs Thomas and Martha. While I could watch a whole season of nothing but Alfred and his pals having a pint and sharing war stories at the pub in between beating up gangsters, I simply cannot tell you the main conflict of the story. It is equal parts vague and complicated. And since this chapter of Alfred’s life has never been explicitly explored (to my knowledge), there’s no graphic novel I can grab off a shelf to make sense of it for me.

You could very well watch Pennyworth with no idea as to its comic book origins or connections and still enjoy yourself quite a bit. There are no prerequisites, no homework to do beforehand. The dialogue is snappy and the action is solid. Though it’s fun and easily accessible to a wider audience, the show makes no attempt to justify its placement in the Batman universe. There’s nothing in this story that makes it definitively Alfred Pennyworth’s, as opposed to any other spy. It’s just a sleek and stylish 60s espionage thriller, for better and for worse. A few minor edits and you could easily sell the same script as an origin story for James Bond. But this show has a vibrant cast of characters and a deep reservoir of lore to draw from, a combination that proved quite potent on Gotham. Potential is in ample supply on the set of Pennyworth—hopefully the show will live up to it.