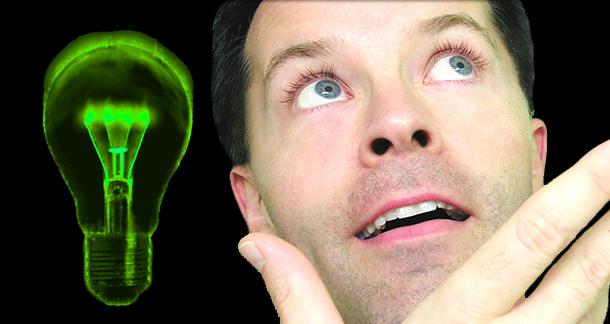 Ah, inspiration. Or, as some writers might instead say: Hello, darkness, my old friend.

Let’s face it: we’re all afraid of the day a drought sucks us dry of story ideas for 10,000 years. It affects even the greatest of writers. “I've often said that there's no such thing as writer's block; the problem is idea block,” said Jeffrey Deaver, while Maya Angelou admits that she can sit at a desk for weeks, writing the “most boring and awful stuff” — that is, “the cat sat on the mat, that is that, not a rat” — when the inspiration just isn’t there.

So what can you do whenever you sit down to write, feeling not unlike the Dead Sea? Though a bunch of advice exists out there, much of it ends on this important note for writers: you shouldn’t just give up and stop writing.

Easier said than done, right? But that’s when writing prompts step into the picture. Here are some of the ways I’ve found they work to boost your writing.

Let’s start with the most obvious way in which writing prompts are useful. “Everybody walks past a thousand story ideas every day. The good writers are the ones who see five or six of them,” said science fiction novelist Orson Scott Card.

But on a bad day, when you just can’t see any story ideas in sight — well, in steps the writing prompt. It’s a curious sort of Good Samaritan: brief enough to give you plenty of room to flesh it out, but so potent that it kickstarts your creative muscles again.

Like Card said, story ideas are sometimes right in front of our eyes, whenever we’re walking. So you can think of a writing prompt as a sort of a scenic walk, but for your mind.

Looking for a writing prompt to keep you inspired, 365 days of the year? Don’t worry. We’ve got you covered:

Did you know that Part III of The Waste Land was the result of some experimental writing in which Eliot engaged while on a break during the summer of 1921? Breaking new ground keeps moving us forward. And there are more than a zillion ways to write a book, which means that there’s acres of dirt upon which you can experiment.

But it’s much tougher to try some out-of-the-box writing technique when you’re already knee-deep in a novel. One of the coolest aspects about writing prompts is that there’s absolutely no pressure to stick to the novel’s rules. Time to build a voice with a gothic Victorian flourish, perhaps. Do you want to try and write from a teenager’s perspective? Or give third-person omniscient a whirl? There’s no shortage of ideas you can use writing prompts to practice on, really.

Want to cut your experimental writing teeth on some prompts? Check out the below:

While writing a novel is (too often) a solitary affair, writing prompts need not be. You only need to take a peek into the world of Twitter, where the tags #writingprompts and #amwriting are ripe with authors prompting each other and supporting one another.

Then you’ve got r/writingprompts, which, with 11,447,923 subscribers, is always a reliable source for inventive and off-beat prompts. (Examples include: “They want Mars to be a prison planet” and “You are a wizard with 1,000 years of professional wizarding experience, applying for a new wizarding job. You need to submit a resume.”) Writers come together to answer prompts — and react to others’ answers. It’s a collaborative, creative community, built pretty much solely upon writing prompts.

Sometimes, the creativity comes when there’s absolutely no stress. That’s when writing is fun, not work. High stakes (such as writing for a novel) means pressure to produce. . . which brings about writer’s block.

You can maximize your return. For authors, ideas are worth a million bucks, but writing prompts are actually a dime a dozen, if you know the right places to search. As I mentioned above, you can find tons of them on Twitter and Reddit. Some writing contests are built around writing prompts, including Reedsy’s. And once you’ve found inspiration again? Create your own writing prompts! Share them to pass on the favor and come to another struggling writer’s aid.

So on this note, I’ll sign off with one more writing prompt for you to use on a morning when the ideas are coming slow:

“He wanted to rest in peace, but with words."