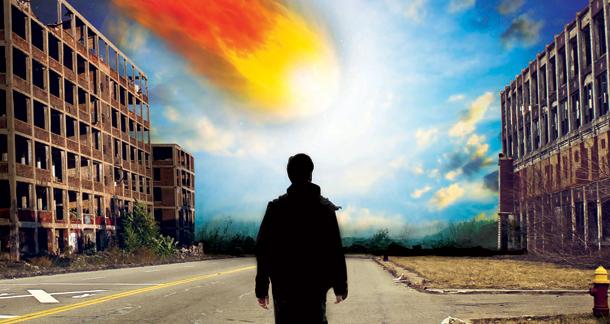 “Write what you know” is the opposite of what you should do. To follow such a stricture would be making the assumption that any good story, any story worth telling, only includes information that you already know. And, no matter how much you know about the world, it’s probably still a very slim fraction of the whole.

So what are you going to do? When you come up with a great idea about, say, the prison system, or about America’s Cup racers, or about dairy farms? You’re going to do a bunch of research. About prisons, or yachts, or cheese. And I don’t mean chickenshit half-assed research on some stupid website, either. Yes, I am sure there’s a lovingly detailed article about dairy farms, with copious accompanying cow photographs, and sure, go ahead and read it—but if you’re writing something set there, go there. Go there and walk around. Milk a cow. Talk to a bunch of people.

If anybody tells you to “write what you know,” kick them in the shins and run away.

The reason to talk to people directly is that you’re not amassing facts to write a report or build a diorama. You’re writing a novel, or a story, or—hell, I don’t know what you’re writing, an epic poem, whatever—and when engaged in a creative project of any scope, there are things you don’t know (you can go to Wikipedia for those) and then there are things you don’t know that you don’t know. These unknown unknowns are, in my experience, best discovered “out in the field,” talking with real humans, learning from them, being informed not only by their knowledge but by their whole deal.

(Yes, I am aware that I just quoted Donald Rumsfeld, of all people. For another creative exhumation of the infamous “unknown unknowns” speech, read Gabe Roth’s moving and hilarious debut novel, The Unknowns.)

One of my favorite characters in the Last Policeman trilogy is the forensic pathologist, Dr. Fenton. When I was writing that first book, I knew I wanted an autopsy scene, and I knew I wanted it to be good and realistic. So I called a friend of a friend of a friend, who does this for a living. And first of all, she totally gave me all the information I needed about suicides by hanging—but even better, as we spoke I was struck by her personality, her dry wit and the precision in her speech.

So by doing the research, I came out of it not only with the information I needed about the science of forensic pathology, but also with a new character in my book—this confident intelligent woman who does her job with immaculate efficiency, who takes sardonic pride in this work that other people would see as macabre. If I had just looked up that information in a textbook, or (blech) on Google, I would have gotten the details but not the character, and my trilogy would have been less good.

When you go out into the world this way, you always get more than you were looking for. Not just sometimes. Always. This is my best advice to writers: Fill your work with richness of the real world by going out into the real world and mining for it.

Where do you find your experts? Everywhere. The world is full of experts. When I realized that the plot of The Last Policeman was going to involve a dead insurance man, I called an insurance man; I said, “tell me about life insurance.” This guy was so happy! He’d been waiting his whole life for a call like that! Here is the biggest non-secret about the human race: EVERYBODY LOVES TO TALK ABOUT THEMSELVES. This simple obvious fact is a huge overlooked resource for fiction writers.

I am always doing this. At this point, it’s second nature. A guy came to work on our driveway last summer and I asked him how he would build a trapdoor in a concrete garage—being sure to explain first that I’m a novelist, of course.

Thanks for the great article and advice. And, of course, the wonderful trilogy! I plan to start the second book soon.