On Comics and Continuity 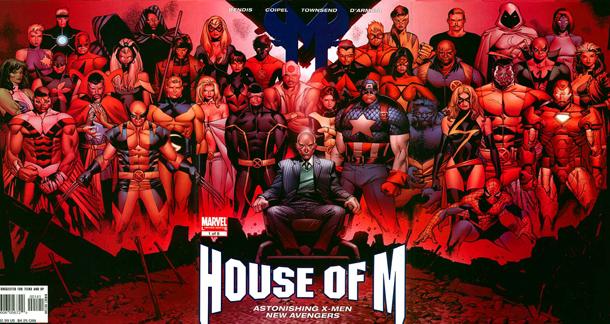 Continuity is quite simply the greatest storytelling device since the narrative poem. Even if you’ve never written a story or taken a lit class, you probably know about continuity. Cause precedes effect, action comes before reaction, and characters that die in chapter four do not suddenly appear alive and well in chapter six without a very good explanation. It allows our stories to mimic the flow of events in reality, thus making them more real for the reader. Continuity is part of the magic that allows us to believe stories that we know to be categorically false.

It is a subtle art—painfully obvious when done wrong, but do it perfectly and no one will ever notice. Critics never point out the excellent continuity in a Pulitzer Prize winner. Writing workshops will teach you all about character development, theme, voice and plot, but neglect to mention continuity until someone in the class egregiously violates it. Despite how important it is to story in all its forms, continuity has never been examined as exhaustively and passionately as by those who read, write and love comic books. Especially, but not exclusively, those about superheroes.

Even before the internet, letter pages were filled with discussion and debate about how all of the fantastic events in a beloved character’s life fit together and influenced each other. This ongoing attention to detail eventually gave every superhero the kind of dense, complex backstory usually reserved for the main character of a novel. The unabridged biography of Batman alone would fill enough pages to print a million copies of War and Peace. The more fans appreciated the attention to continuity, the more the writers played with it, giving rise to the epic ongoing arcs that have now become the standard for superhero stories. In the age of the wiki it’s a little easier to get a concise chronological summary, but discussion about what is or isn’t “in continuity” hasn’t waned. Easy access to complete histories of our favorite fictional universes has only encouraged the conversation, and decades of publications have provided us with plenty of continuities to choose from.

Despite how important it is to story in all its forms, continuity has never been examined as exhaustively and passionately as by those who read, write and love comic books.

There are three basic kinds of continuity in comics. The first is also the most popular—we’ll call it closed continuity. This is the type of story where no matter how many adventures our hero goes on, time never seems to pass and nothing ever changes. Sometimes things might get a little messy, but it will all be fine by the next episode. It’s often used when writing for children or serial fiction because every story, no matter whether it’s the first or fiftieth, has a familiar starting point. For example, mild-mannered reporter Clark Kent is always secretly Superman, defender of truth, justice, and Metropolis. This is a known quantity we can count on, and it makes it easier for many different writers, and readers as well, to pick up the character. Go ahead—grab any issue of Superman you can find and start reading. You will be caught up in no time. When change comes it is slow moving and ponderously planned, as even the slightest alteration will inevitably divide the fandom into devout camps of shippers and haters. That’s why it took Clark Kent 60 years to marry Lois Lane. If the change doesn’t work or is unpopular, the story can always return to square one and act like nothing ever happened, like when DC Comics editorially annulled their marriage 16 years later. See also Spider-Man’s Clone Saga.

Open continuity is just the opposite. Events occur sequentially, compiling into a contiguous history of a fictional world. These are the stories in which everything happens, where our favorite characters are forced to grow and change, to make impossible choices and face the consequences, just like we do in the real world. There is no reset waiting at the end of the chapter. Since time at least appears to lapse in a normal fashion, these stories seem more real to us by default, and we empathize with the characters more because we see how they are shaped by the events of their lives, just like us. Nowhere has the ongoing epic been done better than in X-Men. In House of M their species was almost wiped out and left bleeding on the edge of extinction. It completely changed the tone of all the X-books, a dark day that cast a shadow six years long. Suddenly it was no longer a struggle for equality but a fight for survival.  Everything they have done since has been the last desperate attempt to cling to existence by a powerful dying race. The X-Men have been forged anew in the crucible of war, and watching as they either achieve their greatest potential or die in a senseless and tragic death has proved to be one of the more fascinating character studies of the last decade.

The final continuity trick we get from comics is retroactive continuity, popularly known as the retcon. That’s just fancy talk for when the writer decides to disregard whatever continuity had been established before he got there. Sometimes it’s a subtle change to a hero’s history to make him seem more modern, like having Tony Stark captured in Afghanistan instead of Vietnam. Additions, corrections, and accommodations for unforeseen sequels and prequels are often just slipped in with a line of dialogue. Other times it’s employed to resolve chronological conflicts when character histories become too complex or just need to be reimagined entirely. This kind of retcon usually has a chapter or series dedicated to explaining the new official version of events, typically under titles like “Secret Origin.” DC Comics often turns its retcons into epic crossovers like Final Crisis, so it’s no surprise they gave us the most famous one of all time: the retcon punch, named for when an alternate universe’s Superboy punched the face of reality, causing ripples throughout spacetime that conveniently explained all of the plot holes since the last crisis. While they can certainly be fun to play with, retcons tend to be derided as evidence of lazy writing, so it’s really best to avoid them if at all possible. After all, if you write it well enough in the first place, no one should need to do more than change the name references or update the slang to make it contemporary again.

While continuity is an integral component of all storytelling, comics tend to twist and bend it just like any other element of style. In the hands of a skilled writer it can be used to manipulate the reader’s expectations and perceptions. Grant Morrison practically uses continuity as a weapon against Batman during RIP. Nothing makes turning the page more compelling than finding out everything you thought you knew is wrong, or learning the horrible truth behind it all. Learn to use it like any other tool in your writer’s bag of tricks. Find that holy balance between honored respect and casual disregard. Sometimes a unique approach to continuity is enough to turn a pretty good story into a fascinating story.

"Nothing makes turning the page more compelling than finding out everything you thought you knew is wrong, or learning the horrible truth behind it all."

Actually, that can be irritating as hell, when a story gets retconned just so that creators can disregard previous storylines that get in the way of whatever bold storyline they're pursuing now.

"In the age of the wiki it’s a little easier to get a concise chronological summary, but discussion about what is or isn’t “in continuity” hasn’t waned."

And that's another problem. Why should I have to do research on a wiki before I dive into a story? And doesn't that contradict what you say later:

"Go ahead—grab any issue of Superman you can find and start reading. You will be caught up in no time."

Sure, as long as you catch up on 60 years worth of continuity, and comics history.

Continuity is the, single, most argued thing in the entire history of comics. Want proof? Ask any comic fan what he thought of Spider-Man's "One More Day" storyline...

Actually, Ricky, what I said is that its nice that all that information is readily available if you want it. In no way and at no time do I suggest that prior research is required to enjoy the stories, and when I encouraged you to pick up any issue and get caught up in no time, its precisely because you don't need to know 60 years of history to understand what is happening in a Superman story.

DC pretty much did away with continuity with their New 52 thing. If someone wants to get caught up with Grant Morrison's run on Action Comics, they only need to read the 12 issues that he's written so far rather than familiarize themselves with 60 years of continuity.