NaNoWriMo vs. The Three-Day Novel Contest: Pros and Cons 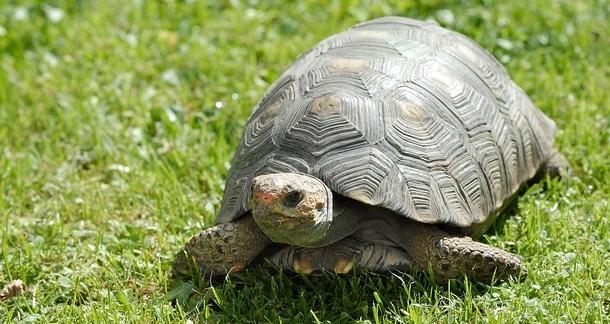 I am definitely a tortoise. If ever I had any doubts on the matter, this past Labor Day weekend cleared them out faster than Hemingway could toss back a martini. Some people are hares. Whether through effort or nature, they have the ability to write large amounts in very little time. I applaud these individuals, but my attempt to become one of them for a temporary period left me exhausted and overly caffeinated. I’m speaking of NaNoWriMo’s Canadian cousin, the Three-Day Novel Contest.

The International Three-Day Novel Contest began in Vancouver in 1977, and has been held at the end of August ever since. Like NaNoWriMo, the contest encourages writing for the sake of writing, but there are a few differences. Obviously, the time frame for creating a completed piece is much shorter, but another variation is the added incentive of publication. While NaNo winners may independently refine and publish their manuscripts, the Three-Day Novel Contest actually picks one author to sign a contract with. I should also note that there is a reading fee of $50 to enter. Due to the tight schedule, contestants are only expected to produce a hundred pages or so instead of the 50,000 words that are the goal of NaNoWriMo.

If you’ve never tried a writing marathon, I would recommend it at least once, even if you don’t finish.

Since I’ve participated in NaNoWriMo every November since 2010, this year I decided to give the Three-Day Contest a crack. As a result, I spent three days shackled to my laptop in a small cabin in New Hampshire. By the time Monday rolled around, I wasn’t so much jogging across the finish line as limping along several miles back. But the experiment wasn’t without its merits, and it really threw into contrast the pros and cons of the two contests, which I believe can both help writers of differing habits.

Looking back, I wonder if I embarked on the Three-Day Novel Contest as a veiled excuse to buy lots of trail mix. There I was in the middle of the woods, a large cup of instant coffee (I had no electric pot) and a heap of non-perishable food at my side. Outlines are allowed in the contest, but it’s against the rules to begin your novel until midnight passes on the first day. Armed with a few detailed charts, I flew through that morning. By the time noon rolled around, I had nearly thirty pages squared away. By contrast, it usually takes me at least a few days to reach that point in NaNoWriMo since the month feels young during the first week and the pressure to finish is still light.

Day two of the Three-Day Contest was a tipping point for me, which brings up one of the pros of NaNoWriMo— no single day has to be a tipping point when you have an entire month at your disposal. There’s room for sick days, "I hate my character" days, and "I need to actually do some laundry" days. Even during the final week, you have time to add a solid 10,000 words to your draft by plodding through 2,000 for each weekday. Not so with the Three-Day Novel Contest. I planned to do an absolute minimum of thirty pages every day in order to meet my goal. In retrospect, I believe that what helped me get started on the first day doomed me on the second: my outline. While writing a 50,000 word novel without any outlining can be like trying to build a house sans foundation, forcing myself to navigate by a pre-plotted map took up precious time and began to bore me. At the end of the day, I had only written 15 more pages.

Day 3 and What Came After

On day three, I decided to go swimming. I have trouble sitting still for one hour, never mind 72, and I caved to the beautiful Labor Day weather (plus one more point for NaNo. November weather is far less enticing). I fit in another sloppy ten pages, but my goose was cooked when I didn’t meet my second day quota, and I knew it. I’m sure a more determined writer could pulled herself out of that slump, but I honestly felt satisfied that I had even produced those 55 pages. After all, it was 55 pages more than I produce on most summer weekends.

Now that a few months have passed and I’m reflecting on the experience, I can personally say that I prefer NaNoWriMo to the Three-Day Novel Contest. A month may not seem like a long time to write a novel, but it’s long enough to become familiar with your characters and the world they inhabit. It should be noted that I am not a nocturnal writer. I have difficulty functioning past 8 p.m. and I do my best work between 7 in the morning and noon. Someone who likes to burn the midnight oil might have a better chance of successfully undertaking the Three-Day Novel Contest.

Either way, here’s to anyone who attempts either event. If you’ve never tried a writing marathon, I would recommend it at least once, even if you don’t finish. At least there’s always the joy of the challenge.

What I'm Doing Instead of NaNoWriMo

Jesus. The fastest I've ever written was like, 30,000 words in a week (no outline). I typically am not an outliner until I get halfway through. By then, I've decided where I'm going and can plot it out and hammer through it. That being said, I just outlined an entire, rather long, story before writing for the first time, so I may have to try this. I'm interested to find out what "100 pages" actually means. They have to have font style/size and margin criteria right?