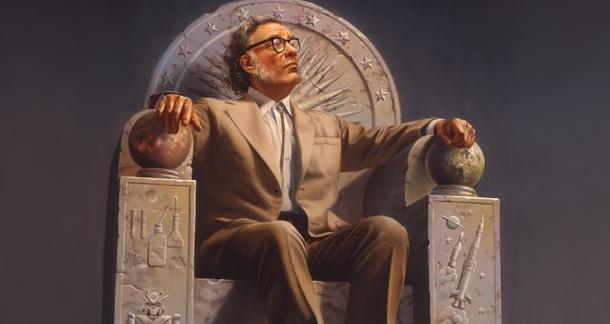 You've heard that Isaac Asimov is one of the biggest stars in the science fiction industry. You know you should read his books, but you don't know where to start. You're a little leery of his facial hair, and frankly you'd rather just reread a Twilight novel and be done with it.

Asimov was an incredible writer who published hundreds of books, over 500 books by some estimates. It's hard to really nail down the exact number between the various anthologies he edited and reprints of his short stories. Regardless, he wrote more than anyone you know. Period.

Even though he's known almost exclusively as a science fiction writer, Isaac Asimov has works in nine out of the ten categories in the Dewey Decimal System. You may be asking, "What's the Dewey Decimal System?" to which I respond, "Shut up; it means he wrote about a lot of stuff, okay?" The only category of bookified knowledge where he hasn’t been booked is Philosophy. Everything else, he's covered.

In other words, Isaac Asimov looks at the term "prolific writer," and laughs uproariously.

Isaac Asimov was born Isaak Yudovich Ozimov in 1920's Russia. His family moved to New York City when he was three. Asimov taught himself to read English by age 5, discovered science fiction shortly thereafter, and by age nineteen was selling stories to John W. Campbell, who is basically the grandfather of modern science fiction and the driving force behind the genre's Golden Age. Asimov dabbled in teaching at a university and a few other things (World War II, for instance), but the bulk of his time was spent writing.

Apparently, it was nearly impossible to get Asimov to stop writing. It's no wonder that he wrote about robots so much because this guy was a machine. There are numerous accounts of how he would wake up at too-early-o'clock in the morning and put in at least 10-hour days, seven days a week, pounding out 2,000-4,000 words a day. That's a brain-melting load of mental anguish for most writers. Friends would have to drag him kicking and screaming from his typewriter just to do little things like say hi, go out for a drink, or change his astronaut diaper. [Editor's note: Asimov did not wear astronaut diapers. He was perfectly capable of remembering to use the restroom without assistance.]

Can you believe that? They had to line his typewriter with asbestos just to keep his house from burning down. [Editor's note: Also inaccurate, although several accounts say he always kept a second typewriter handy as a back-up because he hated taking time out of his writing schedule to get a typewriter fixed.]

Asimov is known for using a very plain and straightforward style. He wasn't much for wordplay or fancy grammar. He had an idea, and he wrote it down. Simple.

I made up my mind long ago to follow one cardinal rule in all my writing—to be clear. I have given up all thought of writing poetically or symbolically or experimentally, or in any of the other modes that might (if I were good enough) get me a Pulitzer prize. I would write merely clearly and in this way establish a warm relationship between myself and my readers, and the professional critics—Well, they can do whatever they wish.

That's the polite version of, "If you don't like how I write, you can go [expletive deleted] yourself."

Asimov started as a short story writer, and that style never left him. A large number of his books are actually serialized short stories that he previously published but decided to edit together into a larger plot arc. As a result, many of his novels are divided into sections, jump through multiple time periods, and follow the viewpoint of multiple unrelated protagonists.

The Three Laws of Robotics

The Three Laws of Robotics are probably Asimov’s most recognizable creation. He spent a ridiculous amount of time thinking about how humans and robots would interact. He wrote a bajillion short stories, and approximately 0.75 bajillion of those stories revolve around robots or people who work with them. One of his favorite characters was a robot psychologist—not a psychologist made of metal, but a human psychologist for troubled robots, which is one of the most terrifying concepts in all of science fiction. The Three Laws are something he created to govern how robots act in his stories, and consequently how most humans treated them (spoiler: like slaves). Here are the laws every Asimov automaton is supposed to follow:

While they sound nice, there are plenty of problems with these laws from a practical standpoint. Asimov occasionally explored these problems in his stories, but the rest of the time they are merely referenced as a given and forgotten.

There's really no way to succinctly summarize all the various plots and concepts from Asimov's short stories. But there are plenty of collections of his short stories for you to jump into. 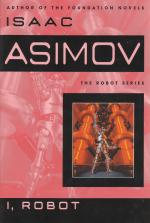 One of Asimov’s most classic collections is I, Robot. This book includes nine famous short stories about robots, and naturally the Three Laws feature prominently. Some of the stories were later adapted for television. You may be familiar with the 2004 film by the same name (assuming that your Shia Labeouf filter was on its lowest setting at the time), but that movie isn't directly related to any of the stories in this collection. It was one of those situations where Hollywood borrows a name for a film that's only "inspired by" the original. However, you can see elements from plenty of Asimov stories (the nature of consciousness, robot rights, evil artificial intelligence, robots as property, etc.), including Susan Calvin, the aforementioned robopsychologist. 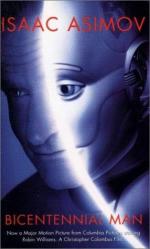 This story is a novelette from 1976. It’s one of several Asimov works that won both the Hugo and Nebula awards (the two biggest awards in the science fiction industry). It's also another Asimov story that was turned into a ham-fisted movie adaptation, this time starring Robin Williams (ah, the 90s). The Bicentennial Man is a robot who, over the course of 200 years, tries to become human. He augments himself to make his functions more human-like, eventually gaining skin and a power system that digests food for energy. The story culminates in a legal battle over whether he can call himself human. Yep, it's a drawn-out version of Pinocchio, but Pinocchio never had roboticists alter his positronic brain so that it would degrade over time and he would eventually die, thus fulfilling the last requirement for being truly human. I would avoid the movie, but the book is a very tragic and moving tale. 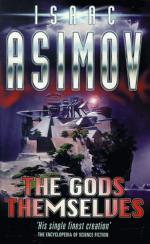 Asimov liked to write series, so The Gods Themselves is notable because it’s a stand-alone novel. It won a Hugo award in 1972 and is widely recognized as one of his best. Asimov had been criticized for avoiding aliens and sexuality in his writing. So naturally he decided to write about aliens with three genders and explored the...uh...implications. Basically, it's an alien race where threesomes are built-in. The main plot arc concerns said aliens contacting humans from a parallel universe where the laws of physics are different. This means that through an exchange of matter and laws with our universe, the aliens can get the energy they need to save their dying universe. Of course, the consequence is that our Sun will explode, but it's for the greater good, right? 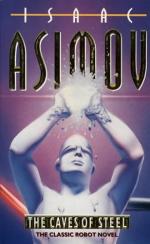 When John Campbell told Asimov that mystery and science fiction were incompatible, Asimov decided to prove him wrong (seeing a pattern here?). So he wrote The Caves of Steel, a book about a policeman named Elijah Bailey and his android helper, R. Daneel Olivaw (The “R” stands for robot, duh), who solve crimes on an overcrowded Earth where robots are restricted. In this novel, they investigate the murder of a pro-robot ambassador, but Asimov would go on to use this futuristic version of Tango & Cash in many more novels in the Robot Series. Sequels include The Naked Sun (Robots #2), The Robots of Dawn (Robots #3), and Robots and Empire (Robots #4). 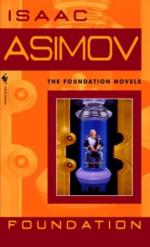 This is the big one. The Foundation Series is considered Asimov’s crowning achievement. The Hugo Awards invented a category called Best All-time Series in 1966 so it could be given to Asimov. It can be hard to tell where the Foundation series starts and where it ends. Asimov eventually wrote novels to consolidate his three major series (Robots, Foundation, and Galactic Empire, a series we don’t even have time for today) into one giant chronicle of human history. But the most well-known book of this series (and possibly all his works) is Foundation. Like many of his novels, this started off as a series of short stories, and it’s quite remarkable because it tells a coherent tale across thousands of years.

This novel also introduces another Asimov trope: Psychohistory. Basically, a genius named Hari Seldon invents this branch of science when it is discovered that humans are actually pretty predictable over long periods of time. So with some scientific mumbo-jumbo, Seldon predicts that the human galactic empire (no aliens here) will collapse and there will be an interplanetary dark age that last 30,000 years. While most people would say, “Well, that sucks,” and cash out their 401k, Seldon decides to fix the problem. So he sets up a secret cabal of “Encyclopedists” who will collect and protect humanity’s knowledge and redistribute it in a certain way that will shorten the dark age down to only 1,000 years.

The story is very non-traditional in that it follows several different protagonists over the course of a thousand years, jumping hundreds of years at a time. However, it’s done well, and it’s remarkable how compelling the story is as it looks at human nature on a galactic scale.

So there you have it. The man took his craft seriously, the writing is simple but easily accessible, the robots are mostly friendly, and there are enough books to keep you busy for as long as you like. Plus, he had muttonchops that made real sheep jealous. Really, how can you resist Isaac Asimov any longer?

Dwayne from Cincinnati, Ohio (suburbs) is reading books that rotate to often to keep this updated August 15, 2013 - 3:38pm

Actually I'd say it takes about 12 years, give or take, to get through them all.