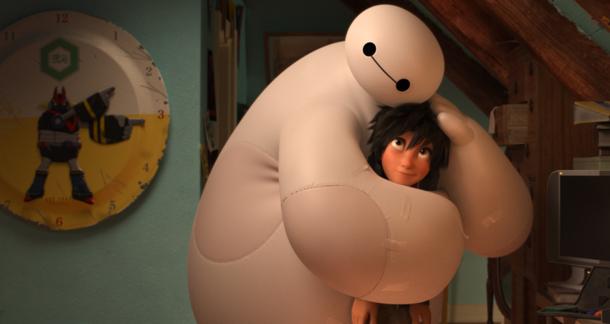 You all know I love the indies, right? I think I've established that on more than a few occasions. I love their creativity and their willingness to take chances on new authors and difficult subject matter. Hell, my next four books are being published by an indie publisher, so you know I have nothing but love for small and micro presses.

But you know who else I love? The Big 6.

Yeah, I can hear more than a few of of you groaning, and maybe mumbling about the "gatekeepers" and whatnot. I can also hear the complaints about the Big 6 being too boring and not taking enough chances, and if I was writing this a decade ago, I would have agreed with you.

Ten years ago, when the final consolidation of all of the mid-size houses was happening, virtually every mid-list writer who was making a decent living was kicked to the curb because their Bookscan numbers didn’t mark them as true income earners in the brave new world of the corporate owned imagination factories. Yeah, a decade ago, the Big 6 sucked the big dick. They lacked any kind of soul and it seemed like their catalogs were basically decided upon by committee, and that committee really didn’t seem to read all that much and were infatuated with reality shows and B-list celebrities.

Faceless airport throwaways are there to finance the next Smith Henderson novel, or Amelia Gray short story collection, and that’s just fine with me.

And you know what? There are still more than a few sub-houses whose catalogs read like they were decided on by a bunch of Mall of America droolers wearing jean shorts and I’m With Stupid T-shirts. (I won’t name-names, but the biggest offender rhymes with Oar Porridge. Figure that one out for yourself.) But over the last few years, something has been happening at more than a few house of the Big 6, and namely, it’s the return of imagination.

Farrar, Straus, Giroux—most of us know them better as FSG— has always been the premier house of literary fiction. They publish lots and lots of international fiction (Mostly Nobel winners), and they’ve been publishing Frazen and Diaz for their entire careers. Yeah, they’re Premier with a capital P. But five or so years ago, something started happening, and that something was a sub-imprint of FSG called FSG Originals. My writing pal Frank Bill got signed on as one of their first writers along with essayist John Jeremiah Sullivan.

Now, the thing with Frank Bill is that he’s brutal, and I mean he’s hit-you-in-the-face-with-a-baseball-bat-studded-with-rusty-nails brutal. Back in the day when we were publishing in zines like Beat to a Pulp, Plots With Guns, and Pulp Pusher, I’ll be blunt—I thought maybe Frankie was a little too hardboiled to get on with a major press. I mean, he was a talented motherfucker, but damn, he writes some messed up shit. But he got signed, and then other folks like Lindsay Hunter (By the way, if you haven’t read Don’t Kiss Me and Ugly Girls, jump on that. Hunter is an amazing, wholly unique voice), Laura van den Berg, and Amelia Gray. In 2014 FSG took a huge leap by signing weird fiction icon, Jeff VanderMeer, and publishing a trilogy of novels in a single year.

Yeah, I know it seems like I’m sucking FSG’s dick here, but honestly, 10 years ago, none of the folks listed above would’ve had a place at house like FSG. Also, I’ll flat out admit it, FSG is my favorite Big 6 publisher largely because they take so many chances, and you can say the same thing about houses like Ecco who publish Alissa Nutting, Smith Henderson, Craig Davidson, and Jordan Harper; or Harper Perennial who publish Willy Vlautin, Blake Buttler, Jason Miller, and Greg Bardsley.

I could go on about houses such as Mulholland Books and the folks over at Morrow, but I won’t because as far as I can see, the Big 6 is going through a huge resurgence of creativity and willingness to take chances, and the bean counters seem to have finally let the editors take charge again, and that’s almost kind of a miracle: Art conquering finance.

Isn’t there always? Because despite the fact that there seems to be more and more left from from center fiction being published by the Big 6, there’s still mountains—literal Mount Everest’s—of mediocre crap being put out into the world. Countless George R.R. Martin clones and dystopian YA epics that in no way qualify as epic, and instead resemble cookie cutter suburban apocalypses. And let’s not even get into the glut of supernatural romance novels that have turned up since the Twilight “saga”.

And chances are this will never change, because the Big 6 are still businesses ruled by marketing and accounting departments, and they’re always going to push their creative staff to find the next Stephen King or Suzanne Collins. But this doesn’t bother me, because the fact is these faceless airport throwaways are there to finance the next Smith Henderson novel, or Amelia Gray short story collection, and that’s just fine with me.