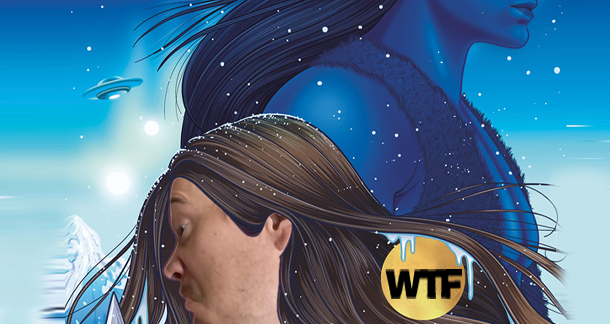 One brave reader—me—decided to investigate and find out whether the book really is a rock solid banger or a flaccid slab of blah.

Let’s lube up and slide on in. 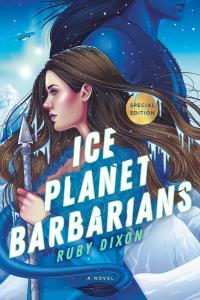 Georgie is our heroine. Picture a youngish Sandra Bullock. Oh, and conveniently, that’s what Georgie looks like. I recommend people spend time thinking about Sandra Bullock in general, it just makes for a nice couple moments, but in this case it's actually useful.

Georgie is having an average night until she's abducted by aliens.

You might be thinking that I’ve skipped a lot of backstory and character building, probably our hapless heroine spilling coffee on herself at her high-powered magazine job. Nope! I counted, and 215 words into the book, we’re in space.

Georgie, along with about a dozen other women, are held on a spaceship, and best they can figure they’re meant to be breeding stock for their alien kidnappers.

THEN, the kidnapping aliens dump their human cargo. Best I can figure (I use this phrase a lot with romance novels), it sounds like maybe some kind of Space Cop was pulling over the alien spaceship, so the aliens dumped their cargo somewhere they could retrieve it later. Sort of like throwing a bag of shrooms out the window when you’re getting pulled over on the highway.

The humans are scared, injured, low on supplies, and they’re basically in a space shipping container, stuck on a planet Georgie describes as “Not-Hoth.”

Georgie leaves the shipping container because reasons, and she encounters our hero, Vektal.

Vektal and Georgie try and communicate, and that’s some of the fun of the book, their learning to understand each other. The narration goes back and forth between them, Georgie telling her side, Vektal telling his side. It’s a little like a reality dating show that way, where we see them together, then they go into narrator/confessional mode and we hear their inner thoughts.

Vektal is completely smitten with Georgie, and Georgie describes Vektal's cock so often that I could draw it more accurately than I could draw my own at this point.

There’s a hell of a lot more, including the return of the evil aliens and some glowing parasitic worms who serve as a sort of intergalactic Tinder (it’s complicated. And gross. So I guess it’s EXACTLY like intergalactic Tinder), but I think you get the gist.

What I’ll Give It

If you’re a writer, I’m just going to lay it out there: This kind of basic storytelling might not be something you do a whole lot of. But readers are into it. They’re spending money on it.

I am not a romance reader. I’ve only read one other romance, which I loved because it was about two warring Vegas magicians using an elaborate illusion to invade Area 51. Oh, and one of the magicians was named Rock Powers.

Ice Planet Barbarians is not pitched at me, it’s not meant to please me, and it travels in book circles I mostly avoid because they are sexy and too many titles feature topless men that make my body look like a baggie full of mayo left in the sun. But...I'm sold on Ice Planet Barbarians.

It starts fast and keeps moving. We don’t waste a bunch of time with worthless backstory that wouldn’t matter because we’re in space, so who cares if Georgie has a job that she'll never do again, you know? It’s just, BOOM, we’re in space.

Georgie is voice-y and fun. She’s not someone you’d want to buddy up with in your Feminism 101 class (more on that soon), but you are 100% inviting her to a party.

Ice Planet Barbarians is weird. It’s much weirder than some of the things I’ve read that are TRYING to be weird. Its weirdness comes from a genuine place. It's my kind of weird.

Consent is the biggest bone of contention when it comes to this book.

There are a couple sexual assault things from the bad guys, but the bigger sticking point is that the meet-cute involves the titular barbarian going down on Georgie without her consent and mostly, kind of, against her wishes. It’s complicated.

The phrase “it’s complicated” probably wasn’t invented for the idea of unwanted oral sex from an alien in a romance novel, but here we are, 2022, baby.

It’s easily the most uncomfortable part of a book that also features a 7-foot alien killing an ice planet mastodon to get at some glowing parasites inside of it.

If lack of consent of any kind in fiction is something that you just can’t hang with, do not read Ice Planet Barbarians. Seriously. You’ll hate it.

And you’ll be pissed at people who call it a light, fun read.

What The Hell Is Wrong With Romance Readers? 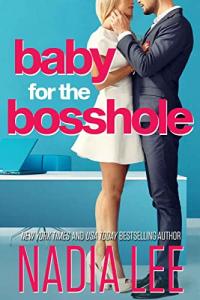 Let’s take a second look, though, for the sake of romance readers, some of whom I've met, and all of them are really, super nice.

I looked over some of the current bestsellers in romance. We’ve got a woman who has the hots for her English professor (power dynamics, anyone?), and LOTS of romances between a woman and her boss, including a woman who storms into her boss’ office and finds him whacking off while moaning her name (jerked straight from the Louis CK headlines).

We all have to agree on lines for real life, what we will and won’t tolerate.

We've all got to set our lines and stick to them.

And we've got to let others do the same.

Why Is IPB Standing Out?

I went to a bar one time that had a weird, intentionally-creepy theme, like a haunted carnival or something.

There are plenty of themed bars that bring you in with promises of a good time, but they're a letdown once you're inside. It’s worth seeing once, but you’d never go back.

With the carnival bar, I went there for the theme, and once I was inside, it was pretty great. Cheap drinks, good jukebox, no TVs.

That’s how Ice Planet Barbarians works. The bizarre theme brings you in, and then it doesn’t suck, AND THEN you start having fun.

Not every book has to be a Pulitzer-winning thinkpiece. I've always read escapist, happy fiction, so that's what I want to write, period.

If I was trying to impress someone on a first date, I might skip the carnival bar.

But if I just wanted to have fun, carnival bar is where it’s at.

If I want to impress someone, I probably won’t spend too much time talking about Ice Planet Barbarians.

If I want to have a good time reading? I'll pick up another Ruby Dixon.

Oh, and if you’re a writer, I’m just going to lay it out there: This kind of basic storytelling might not be something you do a whole lot of. But readers are into it. They’re spending money on it.

Get Ice Planet Barbarians by Ruby Dixon at Bookshop or Amazon

Get Beyond Heaving Bosoms: The Smart Bitches' Guide to Romance Novels by Sarah Wendell at Bookshop or Amazon