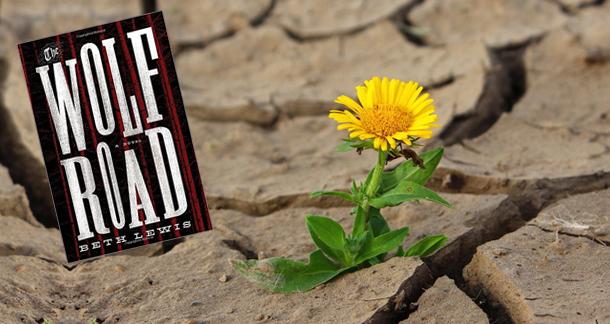 I heard somewhere that you have to write a million words before you write anything worth reading. Some say it was the late, great, David Eddings who said this, some attribute it to Ray Bradbury, others still to Elmore Leonard or John D. McDonald, and I’m sure, before long, another literary great will claim the honor. It doesn’t matter who said it, what matters is they are right. Sort of. You do have to write a lot of words before you write something worth reading, but not a million. It actually works out to far more than that. Think about it, all those reports and essays you wrote in school, college, university, then for work. Every letter, every Christmas and birthday card, every email, every scribbled instruction to the milkman or forged letter to get you out PE, and that’s before you even start counting fiction. It adds up fast. And it’s all practice. The first steps, learning the basics of walking before you try to run.

Most people have one, maybe two, practice novels in them before they write The One. The One being the book that gets you noticed, lands you an agent, maybe even secures you a book deal. Most people have one or two dry runs before the big leap. I had four. Well, five if you count the angsty teen fantasy I wrote when I was thirteen, but let’s never speak of that.

Anyone can be a writer—just set pen to paper and go for it—but it’s a lot harder to be an author.

I had a feeling The Wolf Road was The One when I was a few chapters in. I’m lucky enough to have two brutally honest first readers who give me feedback as I write. All the feedback they gave on The Wolf Road was Write more, faster!. But it took me four books, all written in three years, to get there. That works out to about half a million words, give or take, but what mattered was they were completed novels, not just streams of consciousness or rewrite after rewrite of the same thing.

There is a difference between being a writer and being an author. Anyone can be a writer—just set pen to paper and go for it—but it’s a lot harder to be an author. An agent or publisher wants to make money from an author. They need to know an author they take on is able to deliver. They want book after book, and being able to produce them, on deadline, consistently, is a big tick in the plus column for a new author. It’s all about never giving up despite mounting rejections and learning to finish what you start.

Here are some lessons I’ve learned with regard to perseverance in your writing.

I find this helps. Your ultimate target is to finish the novel. Ok, so how are you going to break that down? If you hit, say, 10k a week, you’ll have completed an 80k book in two months. Fantastic. But 10k a week is a lot unless you have the spare time to devote to it. Maybe 5k a week? Four months is no time at all in which to write a book. You could also break it down the other way. You want to finish your first draft in six months, well that’s around 3,300 words a week, sounds way more manageable right? In all, it really doesn’t matter what number you put against it, just make sure the targets are reachable, then when you reach them you give yourself a pat on the back because you’re on track and you’ve just achieved something amazing.

Don’t push yourself too hard

Give yourself a break once in a while. So many people say ‘write every day’ but, well, sometimes you just can’t. Sometimes you just don’t want to. And that’s fine. That’s normal. Writing should be about the love of the story and the process and the characters and yes, you need discipline, but unless you’re butting up against your publisher’s deadline, you don’t need to work yourself into the ground. Take a day off, take a week off, read half a dozen books, but keep your eyes and mind open to experiences you can use in your writing. Being a Writer-with-a-capital-W is a full time job but you don’t always have to be writing.

Don’t give in to temptation

Invariably, I get a new idea for a book at the 70k mark of my current one. It’s happened every single time. At first, it was horrible and distracting and demotivating. The last quarter of a book is the hardest to write in my experience. It’s at that point I’m trying to psych myself up to write the ending. It’s also the point I realize this book will end soon and I’ll have to say goodbye to the characters, so I want to postpone it for as long as I can. That’s when the new idea seizes its opportunity and latches on. With my first two books, I found myself wavering, wanting to write just a little of that new idea, just a scene, that’s it, it won’t mean anything, it’s just a few words. Just Say No. Write the new idea down and file it away then get back to your manuscript. You’ve got a job to do and that job is finishing the book you started already. End of. I don’t want to hear that you’re bored of that idea and this new one is SO MUCH BETTER. It’s not. It’s just as good as the last so sit down, pull up your sleeves, and finish your book. I used to get distracted by the new ideas but now, after so many novels, I am comforted to know that my next novel is hovering around the 70k mark of this one and I’ll have something new to focus on when I’m done.

This is probably the part most people will disagree with and I don’t always agree with it myself, but I’ve found this particular tip works for me. Or at least, I feel like my writing progresses more quickly by following this pattern. I don’t tend to look back when I’ve finished a novel. I’ll write the story, editing as I go, give it one complete pass and I’m done. I then would ask for some feedback and if it was minor, great, but if it was something major or I wasn’t getting any bites from agents, I wouldn’t go back and rewrite. I always thought, this isn’t The One, so why waste time? Another, new novel was another chance to impress. Now, you may be thinking this is crazy and sure, maybe I could have landed an agent earlier if I’d gone back and rewritten, but hey, life is short and there are a lot of stories to tell. In the novel I wrote before The Wolf Road, I had some feedback from an agent that said they didn’t connect enough to the main character so instead of going back and trying to make that character most likeable/relatable/sympathetic, I took that advice and applied it to a new story, new character, and wrote with that in mind from the beginning. That, I hope, made Elka in The Wolf Road, a strong, relatable character from the start. I’m happy with all the novels I’ve written, I love them, but they were practice. Sometimes I think I’ll go back to them, spruce them up, but then I realize there’s so many more ideas out there waiting to be written. I can’t wait to discover them, the landscapes, the characters, the lives itching to be lived. That’s the great beauty of being a writer for me. Every story is a brand new voyage of discovery, and how often do we get to do that in our modern world?

Beth Lewis was raised in the wilds of Cornwall and split her childhood between books and the beach. She has traveled extensively throughout the world and has had close encounters with black bears, killer whales, and great white sharks. She has been, at turns, a bank cashier, a fire performer, and a juggler, and she is currently a managing editor at Titan Books in London. The Wolf Road is her first novel.

Thank you for this, Beth. I needed this. I'm about to embark on a story that will be my true first. No more hesitations. It is mapped out. All I need to do is write it.

That was my big problem: I would write and write, discovery style, and just circle the drain. Now that it's mapped out, I have a plan, deadlines, I know where I'm going, I can set wordcounts, and it all seems doable.

I just need to remember the second rule of Beth's Write Club: Don't push yourself too hard.

Great article. The last part though gave me pause...just ditch major rewrites?  I'm not being intentionally contrary--in fact, I'd hate to waste my time with rewrites (on my first novel that I'll hopefully finish before I die). But I’d also hate to pass up an opportunity, even if it meant I gained some knowledge from the rewrite (and not necessarily produced something publish-worthy).

I'm curious if anyone else follows this rule. I’ve recently found out that, despite the adage “writing is rewriting”, this can work against you. It has me…I’ve flat out destroyed some short stories because I rewrote them into the ground. But what if you (or your editor) find a major rewrite that could propel the story to greatness? What if that rewrite is specifically what you needed to interest an agent? Just pass up this possibility and chalk up 100k worth of writing as practice? I’m very conflicted about this.

Great instruction for any beginner in this business. When I was in college, I often used these rules to write essays, and they really help. And I found great examples of essays on the necessary topics at https://tooly.io/. They can find essays on a variety of topics and all of them are of high quality. I'm always happy with the result. I recommend

Thanks for providing great writing experience. I'm review writer at detecthistory and going to use all the tips with a pleasure. Thankfully, Michael Moore.

Your article made me rethink some points that previously seemed so clear to me https://papernow.org/ that I could not even admit the thought that this was not what I thought.