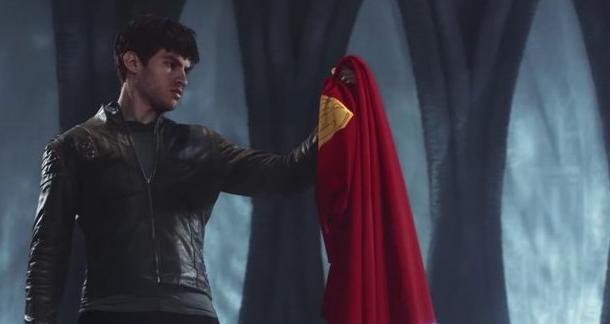 DC Comics loves origin stories. Just about every superhero in their stable has had their beginnings retold at least twice. On television, DC continues to produce prequel series that explore the early development of some of its most iconic characters. From Smallville to Gotham, they’ve done it so many times now that it’s become a formula. A young man is on the receiving end of both great tragedy and incredible power, pushing him to untold heights of heroism with each new season, all the while unaware that his closest friend will become his greatest foe. When the show Krypton was first announced, I expected more of the same. I figured it would be fun if not unique, but by the end of the first episode I was both pleasantly surprised and immediately hooked.

Few superheroes have had their origins detailed more exhaustively than Superman. The story of the Last Son of Krypton is so well known that my grandmother could recite it to me. Countless pages have been spent examining his personal and family history, and it gets retold every time he appears in a new show or movie. Much like mythological figures of old, his story shifts and changes depending on who’s telling it, but Superman is always the same. The Last Days of Krypton, a novel by Kevin J. Anderson, consolidated many different versions of the mythos into a history of this world’s slow decline and ultimate destruction. While the show clearly takes some inspiration from this book, Krypton has found a way to make one of the most well-worn tales in all of comic books feel new and exciting again.

Even if you’ve read all the comics, there is no guarantee you know what will happen next.

The show begins about 200 years before the birth of Superman, following the adventures of his grandfather, Seg-El. This period of time has not been as thoroughly excavated as the rest of Krypton’s history, giving the writers a lot of room to work. They can make bold moves without having to worry about derailing canon. Krypton likely learned a few lessons from Gotham, which suffers this drawback more and more with the passing of each season. Characters that played pivotal roles in Batman’s early career, most notably the crime bosses Falcone and Moroni, are killed or written off before young Bruce Wayne ever puts on the cowl. While still entertaining, Gotham has deviated from canon so much that it is no longer about THE Batman, but just A Batman. It feels more like an Elseworlds tale of an alternate reality, rather than the history of the Dark Knight. Krypton does just the opposite. It begins in unfamiliar territory, then slowly inches ever closer to what we know of Superman’s homeworld.

Krypton also manages to solve one of the more persistent problems that plagues prequels—a lack of stakes. Since we know this is the story before the real story, there are limitations to what a prequel can do within its narrative space. There are things that must happen as well as things that can’t happen in order to preserve continuity, which can make the show predictable. We always knew that Clark Kent and Lana Lang weren’t going to work out on Smallville because Superman has to marry Lois Lane one day. No matter how imperiled young Bruce Wayne might be on any episode of Gotham, we know he certainly can’t die before he becomes Batman. Obi-Wan Kenobi and Anakin Skywalker aren’t in any real danger for three whole movies. Krypton finds a fun and interesting solution: time travel. An arch nemesis from the future has travelled back to erase Superman from existence, and a plucky hero has come to stop him. This little subplot transforms a dry historical text into an engaging adventure. While we still see all the familiar narrative landmarks, temporal tampering means the official timeline can go flying off the rails at the slightest provocation. They even introduce a ticking clock in the form of Superman’s cape slowly unravelling into oblivion. These are real stakes. Now we are not just watching to learn exposition—there is a good chance that the greatest hero to ever live might never be born.

Even if you’ve read all the comics, there is no guarantee you know what will happen next. For the well-informed, watching the recognizable pieces move in different ways is quite entertaining. And if the villain succeeds, it will be even more fun to watch our heroes try to repair the fractured timeline. For those less familiar, the writers have chosen an excellent tour guide in Adam Strange (not to be confused with Marvel’s Doctor Strange). Although from the future, Adam is not a member of the Justice League yet, so he doesn’t know Superman’s whole backstory. The audience gets to learn along with him as he tries to figure out what is the actual past of Krypton and what is temporal interference. At first he thought Brainiac was the threat from the future, unaware of the alien computer’s terrible chapter in Kryptonian history. Adam Strange is quite clever, but not incredibly powerful. So even when he does identify the problem, there is no guarantee he can fix it himself. Adam will have to learn everything he can about Superman’s home in order to save him, and we get to join him on a ride that is as exciting as it is educational.