Hide Your Mistletoe: The Bizarre Tradition of Holiday Romance 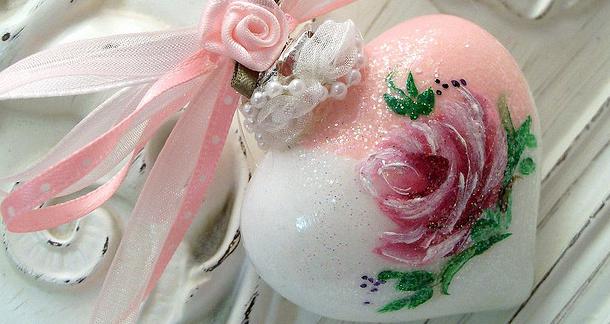 For a long time, one thing about Christmas and the publishing industry always eluded me, and that is the influx of awkward, holiday-themed romances with titles like Tis the Season to be Sinful or Kissing Santa Claus (yuck). If you aren’t sure what I mean, just keep your eyes peeled the next time you’re in a department store between mid September and New Years—I guarantee you’ll find at least one muscled torso wrapped in red ribbon, or jaded cowboy learning to love again with the first snowfall.

“Christmas romances present a great opportunity for authors to incorporate the wonderful aspects of the holiday season, with all the themes that mean so much to readers—family, gifts, warmth, and love,” Deb Werksman, editorial director for Sourcebooks Casablanca told Library Journal in October. “The spirit of the season inherently brings people close.” That much may be true, but I believe there’s more to it. Recently, I was doing research for a historical article and came across some information that finally helped me understand how the niche market of holiday romance developed. Since it’s the season of generosity, I figured I would give the internet a present: Puritan sex. No need to thank me, I know it's just what you wanted.

The months of late autumn were a time for strengthening communal relations, but a few towns forbade the meeting of unwed persons under the pretense of shucking corn unless accompanied by a parent or guardian.

The Puritans actually outlawed Christmas in 1659, but holidays weren’t celebrated in the 17th century the way they are today. The Yuletide was a raucous affair, characterized by drunken wassailers (the prototype for carolers) and other remnants of Saturnalia, an ancient pagan festival that celebrated the end of harvest with public nudity and gambling.

At first glance, it might seem counterintuitive that the early Puritan settlers of New England should loathe the Christmas holiday. It’s a day celebrating Christ, after all, and the first thing that many modern people associate with Puritans is their religious fervor. But Puritanism was more complex than some of the later caricatures of the movement portray, and numerous conflicting factions existed. Puritans in the Americas fell into two main groups: those who wished to sever ties completely from the Church of England (the Pilgrims at Plymouth fell into this camp), and those who thought the Church was merely in need of purification from what they considered to be gaudy ritualism.

There were a number of issues that the varying groups of Puritans did agree upon, however, and the bawdy English Christmas was one of them. On May 11, 1659, the Massachusetts Bay Colony outlawed the observance of Christmas, penalized by a fine of five shillings. Although the penalty was revoked after two decades, many schools and businesses in the United States remained open on Christmas day well into the 1800s.

What was it about Christmas that so offended colonials? There were a number of socio-political factors. When Puritans in England rebelled against King Charles I, the popular Yuletide celebration was high on their hit list. Following a victory against the king in 1647, Oliver Cromwell’s government canceled Christmas. Puritans who came to America merely followed his example. All of this was backlash against the kind of Bacchanalian celebrations that surrounded the holiday at the time. The prominent Reverend Cotton Mather was one of the holiday’s most vocal opponents, denouncing its celebration in a 1712 sermon that referenced blasphemous Christians who were “ungodly men, turning the grace of our God into wantonness.” A year later, he added Christmas to a “Black List of some Evil Customes which began to appear among us” along with other reprehensible acts like gambling, horse racing on the day of a funeral, and “holding corn-huskings that were little more than excuses for a ‘riot.’”

Corn husking festivities were serious business in early America, being events where many young people sought out potential spouses. The months of late autumn were a time for strengthening communal relations, but a few towns forbade the meeting of unwed persons under the pretense of shucking corn unless accompanied by a parent or guardian. The curtailment of these harvest festivities alongside Christmas is a key detail to note, and leads to yet another reason why the holiday was banned: unplanned pregnancies.

It’s not easy to get inside the mind of a Puritan. So far, much of the reasoning for the illegalization of Christmas seems a touch vague. Sure, a few wassailers got rowdy, but was there any real harm in that? From a modern perspective, the canceling of an entire holiday appears to be a rather extreme countermeasure. In The Battle for Christmas, author Stephen Nissenbaum offers an important clue into the colonial mentality by mention of a significant “bulge” in premarital births during the months of early fall. In case you’re still doing the math, the numbers point to Christmas as the peak time for illicit sexual activity in the colonies. The following is an eighteenth century verse meant to be sung to the tune of “Yankee Doodle.” It illustrates the more playful, sensual side that the holiday came to represent:

Heigh ho for our Cape Cod
Heigh ho Nantasket,
Do not let the Boston wags
Feel your Oyster Basket

By 1870, Christmas had finally become a federally recognized holiday. Just as one English ruler helped ban the celebration in the 1600s, the reign of Queen Victoria played a part in popularizing it again in the U.S. through her adoption of the Christmas tree, festive cards, and emphasis on family values. Although the Victorians eventually turned Christmas into a family affair, traces of these earlier celebrations remain in rituals like mistletoe, and perhaps the post-Halloween push by Harelquin to get racy holiday titles onto shelves.

Got a hankering for some Christmas shenanigans? Check out this list of best holiday romance by Publisher’s Weekly.