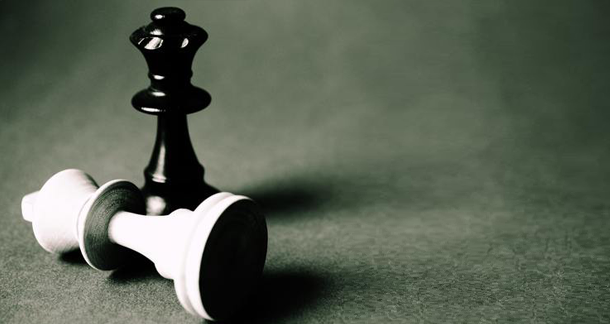 In today's motivational pep talk, I'm going to tell you what you really need to hear: You'll be better off once you give up on your dreams of being a successful author.

Yes, I'm being serious. But no, I don't mean you should give up on your dreams of writing. That's the important distinction here: Ambitions of being a successful author are far different from a devotion to the practice of writing. What I'm arguing here is that you—and your creative output—will be far better off if you abandon your ambitions in favor of a focus on process.

The Downfalls of Ambitions of Authorship

I'm a big fan of ambition. Proud Slytherin, here. The problem is when that ambition is oriented toward something we have little or no control over. And, I hate to break it to you, but your success as an author is largely out of your hands.

You can also fall to rejection. Agent after agent refuses to see your manuscript, and the few who do ask for the manuscript are never heard from again. Those aren't the things that are supposed to happen to an author on their way to success, so you must not be headed in that direction.

It's a fixed mindset oriented around the identity of being an author. You think this is who you're truly meant to be. Each rejection becomes evidence that you're an impostor, a fraud. You want to believe you're destined for writing greatness. Destined to be an author. But that's all a myth. Destiny doesn't have anything to do with the writer's journey.

Ambitions of being a successful author are far different from a devotion to the practice of writing.

What has a great deal to do with the writer's journey is work. Hard, consistent work in the face of difficulty, sub-optimal writing conditions, and constant rejection. So how do we get ourselves into that work?

Well, through setting the write goals. (See what I did there?) Let's explore what that means.

If you've ever dug into goal-setting, you'll have encountered the idea of "SMART goals." The notion is everywhere. You know, goals should be specific, measurable, attainable, Ryan Gosling, timely … whatever. During my studies in motivational psychology, I wanted to know more about how this approach helps and how effective it is. Want to guess what I found when I looked for studies on the topic?

Nothing. Not a single substantial study of how "SMART goals" actually help people. Sure, loads of people advocating for this goal structure. Sure, lots of anecdotal evidence from managers and business leaders. Sure, a smattering of small-scale experiments (e.g., a single physical therapy case study, a single class adding in a SMART goal workshop). But nothing of any real scientific merit.

Nevertheless, it was a useful endeavor for me. In looking for studies on goal-setting, I found other trends: Studies repeatedly found that outcome-oriented goals (such as "I will lose 10 pounds by September") were far less effective than process-oriented goals (such as "I will go to the gym four days a week for the next three months"). And when I say "less effective," I mean both in maintaining progress toward the goal and in reaching the outcomes. Having a goal to lose weight is less likely to help you lose weight than having a goal to go the gym. So, you see where I'm going, right? Having a goal to become a successful author is far less effective than a goal about sitting down to write—for all positive outcomes.

What does a process-oriented goal look like? Well, though "SMART goals" have not been effectively studied, a predecessor can be found in Locke's goal-setting theory. Functionally, it says that challenging goals that are specific (rather than just "I'll get better in this category" or "I'll do my best") improve overall performance. This has been studied and found effective. The challenge may help because we get a motivational boost when we achieve something we self-define as difficult. The specificity can help keep us on track by giving us something narrow and manageable to work with. So, the question then becomes: What specific thing can you do that furthers your writing practice? What sounds challenging (without being overwhelming or unsustainable)?

For me, goals oriented around time function a lot better than those oriented around word count. I also find that "every single day" tasks create a better rhythm for me than "X times per week" tasks. A good process goal for me might be "write for 25 minutes per day, every day." Your mileage and specifics may vary; I've known many writers who focus on word-count, who have specific writing days, etc. The point is to set goals that get your ass in the chair and your fingers on the keyboard.

Resilience and New Definitions of Success

I adore Brandon Sanderson as a writer, but not because I love his books. They're fine. Good, even. (Elantris is pretty great as a stand-alone.) What I love, though, is his ridiculously consistent writing output and his generosity in speaking about the writing craft. Sanderson has published something like 28 full-length original novels—not including the books he finished in the Wheel of Time series after Robert Jordan's passing. But it was not Sanderson's first or second or fifth book that got published. It was his thirteenth. He said:

"A part of you has to wonder, after you’ve written a dozen novels and they’re all getting rejected, maybe this isn’t right for you."

But in facing that rejection, he asked himself a question: If he wrote a hundred books during his lifetime but never published a single one, would that be a better or a worse life than the one where he gave up on writing?

For Sanderson, the answer was that writing was worthwhile. I certainly agree, and the reasons go well beyond the merits of not surrendering a difficult fight. Writing soothes my brain, it excites me, it helps organize my days, it fuels my daydreams, it makes me more optimistic about the world, it helps me process difficult ideas and emotions, and it (brazen and silly though it might sound) makes me a better person.

I'm not making a universal claim here. I don't think writing is the answer for everyone. But I do think most of us were drawn to the writing craft because we loved the practice for its own sake. The dreams of being a successful author came afterward, and—for me, at least—those dreams have consistently dragged down the enjoyment of the craft.

If we define success as writing consistently, digging into the practice, producing work you feel proud of, and letting the chips fall where they may—that is a hard dream to derail. Rejection will still stuck, but it won't knock you off the path to success. And if you keep writing through the rejections, then you're maximizing your chances of finding all forms of success.

I know, I've gotten kind of rambly. Here's the tl;dr.

Ambition is great, but don't be ambitious toward monetary or publishing success. That ambition leads to all kinds of pitfalls, fixed-mindset thinking, and bouts of impostor syndrome. Focus on the process and the practice. Set goals oriented around getting your ass in the chair. Let yourself sink into all the benefits of writing for its own sake. Don't dream big: Dream the right dreams.

Get Elantris at Bookshop or Amazon

It was interesting to read your thoughts on writing skills and your own ambitions. I don't think that writing is my talent, on the contrary, some topics are very difficult for me. I remember that in college we had the task of writing about ourselves and our identity, where we were going and what we wanted. My friend recommended me to look at this site and read some interesting thoughts to get inspired to write something of my own. This resource really helped me and I have repeatedly returned to it to prepare or get help in writing a task. I want to recommend this resource to everyone, there is a lot of valuable information.