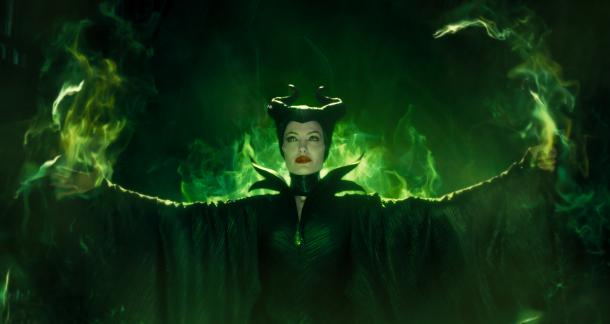 A few weeks ago I saw Maleficent in theaters. Afterward, on the drive home, I was asked what I thought about it. I hated the movie. My partner agreed with me. She said Maleficent was an evil character and should have never been shown to have a good side. She is a villain, and should have stayed that way.

Now, while we both thought the movie was bad, we disagreed on the reason why. Myself, I thought the plot was just lazy and the writing was awful. But making Maleficent "good" is not what ruined the movie, and it's that kind of thinking that can really harm a writer's credibility when it comes to character development.

Here is the definition of a hero:

a person of distinguished courage or ability, admired for his/her brave deeds and noble qualities

And here is the definition of a villain:

I look at these definitions and think, nobody considers themselves the villain. No realistic character has seriously thought of himself/herself as "the bad guy". Despite how cruel our actions can be, we will always find a way to justify it in our heads. We do what we have to do to survive.

If we need to bungee jump off the Empire State Building and punch Tyler Perry in the balls once we reach the ground—goddammit, we'll find a way to justify it.

"Villains" do not think of themselves as villains, but as heroes. It is all a matter of point-of-view, and this is why the new narrative in Maleficent wasn't such a bad idea. It's selfish to assume any character is pure evil. Alan Rickman's character in Die Hard didn't walk around thinking, "I am the bad guy, my sole purpose is to obstruct another person's life and make him/her overcome goals."

Hell no. If you use that kind of mindset, then you might as well call George Clooney's character in Ocean's Eleven a villain. Both characters masterminded a genius heist. One of those films was from the thief's point-of-view, and the other film was not. We could argue that Alan Rickman's character was more "evil" since he killed innocent people, but this isn't about how we view the characters, but how the characters view themselves. The killings he did were, in his mind, fully justified. Just as the robbery George Clooney pulled off was justified in his mind.

Every character is the protagonist of their own life story. Lazy writing makes one person a hero and another person a villain. These are rubbish categories used to progress stereotypes in fiction. To truly bring any character to life, they must have fully fleshed out, reasonable motives. Not reasonable to you, but reasonable to them. A person can justify any act of crime, no matter how cruel, if they try hard enough.

Charles Bukowski once said, "Hey baby, when I write, I'm the hero of my own shit." That can be said about how anybody thinks of their own life. Everybody is the hero, and anybody who stands in their way is the villain. And vise versa.

Vampires don't think of themselves as the bad guys. They're just a species screwed over by nature, and they'll do what it takes to survive. Just as humans will always do what it takes. If we need to kill, we will. If we need to bungee jump off the Empire State Building and punch Tyler Perry in the balls once we reach the ground—goddammit, we'll find a way to justify it.

You want to make your characters realistic? Think of everybody as the protagonist. They all have their own ethics and motives. The reader decides who to root for solely based off what point-of-view the writer chooses. Write a story with one "good guy" and one "bad guy". Then rewrite it, but switch the point-of-view around. Does it still read as the same story?

In my novel, Toxicity, there are a few scenes I repeat throughout the book, each time told through a different character’s perspective. And you know what? Each time the scenes come back up, they read completely different. We’re into the minds of new characters, released into a world of new motives and histories. New personalities. The more perspective you put into anything, the clearer it becomes. The Earth is not flat, and we are not one-sided.

Maleficent is not completely, uh, maleficent. The Wicked Witch of the West may have been perceived as wicked, but was she really?

Nobody looks at you and sees you the same way. You don’t see yourself as others see you, and you don’t see them as they see themselves.

We are all victims of point-of-view.

Six Stephen King Villains Who Were Ridiculously Easy to Defeat

I didn't see "Malificent", but I always thought there might be truth to this idea. You hear a lot about stories where the villains are deranged maniacs who have grandiose plants to conquer/destroy the universe, but you've also got your "normal" people who think they're acting for the "greater good". My favorite book I wrote had this exact theme, in fact, that evil is not always so black-and-white. The story is about a country with a corrupt government, where the bad guys are the ones who form the resistance. We learn that even though the government thinks they're doing the best for the country (and the resistance is a disturbance to the peace), the resistance thinks they're doing the right thing. The main character used to belong to the government but was captured by the resistance, and became loyal to them.

There's this Russian fanfic of The Lord of the Rings, where the POV is the one of the Orcs in progressive Mordor, and the enemy is the reactionary White Council with their attempts to revive the old monarchy with one supreme ruler over all of the West.

The villain's point of view taken to the extreme, and well written too :)