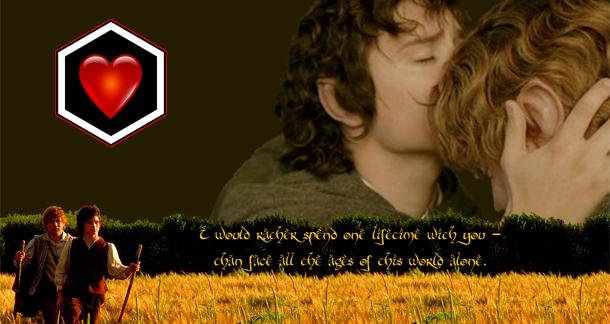 Cersei and Jaime Lannister, A Song of Ice and Fire

George R. R. Martin’s epic series doesn’t really have all that many happy relationships. Even Ned and Catelyn Stark have some tension around the existence (and origins) of Jon Snow, Ned’s bastard child. Perhaps the most intense and passionate relationship is also one of the most disturbing, that between Jaime and Cersei Lannister, twin brother and sister, who have been having an extremely long-term affair under the noses of almost everyone around them. In fact, the discovery of their illicit, incestuous affair sets into motion many of the events of A Game of Thrones.

Jaime and Cersei’s relationship is as disturbing to us as it is the people of Westeros, but it is also portrayed as a very real love, and one which has helped both participants endure the hardships in their life. Oh, and it also produced a few children, including at least one psychopath. Of course this being George R. R. Martin, their happiness isn’t to last.

Corwin and Amber, The Chronicles of Amber

I’ve spoken here about how Roger Zelazny’s Amber series is one of my favorite fantasies. In the books Corwin has a few minor romances—Moire, the doomed Lorraine, and eventually Dara. There’s even mention of a “love that can never be” with his sister, Deirdre. But it’s true that the one love, the one obsession above all others in Corwin’s heart, is Amber, the one true city.

Amber drives all of Corwin’s actions. It’s the memory of Amber that awakens Corwin from his amnesia and he spends the majority of two books trying to get back there to take over and rule as king. He suspends his attempts only because Amber is under attack and he must join with his family to help defend it. Corwin is only to get over his old love by creating a new love, essentially a new universe, a new Amber which he goes off to explore. But not before doing everything that he can to save his original love.

Thomas and Justine, The Dresden Files

This one may be a bit of a cheat because in terms of its pure emotional content it’s a traditional, heterosexual romance of epic proportions. Only it’s a tragic one, too. See, Thomas Raith is a vampire of the White Court, an incubus. He feeds off of lust and sexual desire. Justine is the woman he loves. The rub is that love hurts White Court vampires. It burns them. Literally. By loving Justine, Thomas is hurt by her touch.

And then of course there’s Thomas’s hunger, akin to a normal vampire’s lust for blood. The fear that it will get out of control and that he’ll feed on Justine until she’s dead. It’s not an idle fear, either, since he almost did that once. This leads to a lot of brooding on Thomas’s part, though on him it looks good.

Elric and Stormbringer, The Elric Saga

The most abusive of the relationships listed here, Michael Moorcock’s Elric has a symbiotic relationship with his soulsucking sword, Stormbringer. Stormbringer is alive, with a mind and a will. With just a cut it can drink of another’s soul and it has a hunger. It often drives Elric to attack those around him, even friends and loved ones.

Like any co-dependent relationship, though, Elric depends on the blade for strength and needs it to stave off the weakness of his body. He’s addicted to it like a drug. He longs to be rid of the blade, but can’t. Of course the blade needs him, too, being, well, a blade (well, actually a demon in the form of a blade, but it still applies). Elric is Stormbringer’s best chance to drink of more souls. Dysfunctional to say the least.

Samwise and Frodo, The Lord of the Rings

Okay, okay, the purists among you will say that this is never explicit in the text, that this is the equivalent of fanfiction, but despite all of the more traditional relationships in The Lord of the Rings (Aragorn and Arwen, Faramir and Eowyn), which we’re told are these epic romances, Frodo and Sam are the only duo whose love we see on the page. Arwen doesn’t even show up. Faramir and Eowyn’s romance happens largely off-screen. But Sam and Frodo’s relationship is front and center.

No, they never kiss. No, they never have sex, but they support each other, even when the whole world seems about to fall to pieces around them. Call it what you want—non-consummated, maybe even an epic bromance—but it’s the most emotional relationship in the entire series. Llet the words speak for themselves:

‘Am I still dreaming?’ [Frodo] muttered. ‘But the other dreams were horrible.’

‘I can hardly believe it,’ said Frodo, clutching him. ‘There was an orc with a whip, and then it turns into Sam! Then I wasn’t dreaming after all when I heard the singing down below and I tried to answer? Was it you?’

‘Well, you have now, Sam, dear Sam,’ said Frodo, and he lay back in Sam’s gentle arms, closing his eyes, like a child at rest when night-fears are driven away by some loved voice or hand.

Sam felt that he could sit like that in endless happiness; but it was not allowed. It was not enough for him to find his master, he had still to try and save him. He kissed Frodo’s forehead. ‘Come! Wake up, Mr. Frodo!’ he said, trying to sound as cheerful as he had when he drew back the curtains at Bag End on a summer’s morning.

Let me know about your favorite romances in the comments, conventional or otherwise.

‘I can hardly believe it,’ said Frodo, clutching him. ‘There was an orc with a whip, and then it turns into Sam!'

The relationship between Frodo and Sam was my favorite part of LOTR. So tender and wonderful. It's really the heart of series.

I have to add my favourite unconvetional relationship in fantasy at large:

In Wheel of Time - SPOILER -

Rand and Aviendha and Min and Elayne