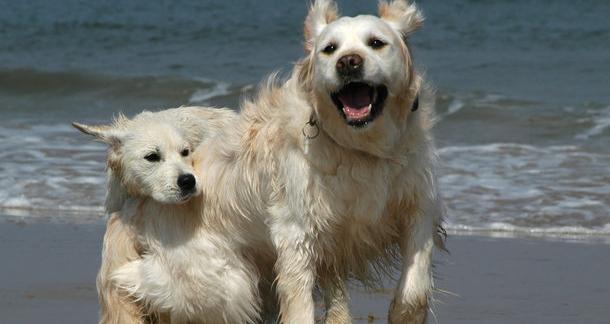 I grew up in Oklahoma. When I turned 27, I decided to move to Oregon.

The scenery here is fantastic. The deepest greens I’ve ever seen, fucking big ass trees, strange fish people…it was a far cry from the flat sun-scorched beauty of my hometown. I took all of my emotional baggage and moved away from my friends, family, and routine. Oregon became a self-imposed isolation, in a sense.

Of course, Oregon is home to many fantastic writers. The Bizarros live up here. My friends Cameron Pierce and Monica Drake and Jeremy Robert Johnson aren’t far away. People I don’t know like Chelsea Cain and Chuck Palahniuk live here. But most of those folks have families of their own. So at the end of the day, I ended up spending a lot of time with myself.

Which is what I needed. I spent every waking moment of my Oklahoma days finding ways to get into trouble. When I moved up here, I had significantly fewer ways to fuck myself up, though I did try on a few occasions.

About a year after I moved, I had the distance necessary to write a book called Black Gum, which talked about my time in Oklahoma, specifically those past few years. It came out in a rush. I wrote the whole damn short thing in about three days. It wanted to come out. After that, I was riding pretty high. It felt good. So I figured I’d keep the momentum going and crank out four more books that I had ideas for. My whole life felt like a reggaeton airhorn. I was fucking pumped.

My muse is a skittish sort of beauty queen who doesn’t like folks running up on her and forcing her into stuff she doesn’t want to do. I have to approach the writing thing very carefully. In my enthusiasm, I scared her far away.

I could get about a thousand words on a project before I lost interest. My mind went in a ton of different directions. Sitting down to focus became a chore. I felt antsy. I sat in my small apartment all day, waiting for something to happen, and it never did. That shit will drive you crazy, I tell you what.

Now, on the other hand, my partner Rios de la Luz caught a good head of steam with her writing. She joined Lidia Yuknavitch’s Corporeal Writing group. I drove her to a lot of the classes. After picking her up, she always had a glow, and she’d excitedly tell me about how great it was, how it was like therapy, how the whole group poured their hearts out into their writing and then read it to each other. She made friends, she gained a mentor, and her writing developed.

It clicked with me: I needed a group. Not online. Real-life people.

I didn’t exactly find a “group,” per se, and maybe that will be an article for another time, should I find one. But I did find a dude who writes like a crazy person.

I think I was just out of high school when I first read Radiant Dawn and Ravenous Dusk, Cody Goodfellow’s epic 2-part Lovecraftian technothriller. Cody is one of those dudes who just overflows with imagination. Over the years I got to know him pretty well, going from nervously approaching him at Comic Con to chillin’ as buds. He moved to Portland from Los Angeles a few months ago.

We’d been talking back and forth about this idea for a book called The Snake Handler. We had a concept: a corrupt small-town Pentecostal preacher gets bitten by a rattlesnake and has one day to save his town from drug dealers before he dies.

The book is out now, and I am here to sing the praises of working with a writing partner. Years of creative isolation might have been necessary, I don’t know. But I don’t think I’m ever going back. Here are some reasons to team up with a partner for your next project:

After several hours-long conversations, I had a rough outline for the novel written on the back of an envelope. I typed it up and sent it to Cody, and we portioned out our sections. A week later, I showed him my first 2,000 words. He showed me his first 15,000.

I knew I had to get to writing if I wanted to have a part in the process whatsoever. Cody is a freight-train of cannabis-fueled madness. When he gets an idea for a story, he locks into it and doesn’t stop writing until it is finished. It forced me to step up, unless I wanted to get completely run over. He coached me along. “It doesn’t matter if it’s fucked up,” he said. “We’ll fix it later.” And I’ll be damned if he wasn’t right. I felt so embarrassed when I turned in what I had. But I learned something, which brings me to point #2.

If you think you can crank shit out as a lone ranger, imagine how much you could do if you had a partner? We're living in the future, folks.

I got to see how a writing process worked in real time. It was different from my own. Cody had a habit of what I began thinking of as “dumping.” It’s hard to explain, exactly, in that it wasn’t placeholders (“this scene goes here”), but rather an actual written-out novel, but written so fast as to occasionally not make any sense.

The first draft was unreadable. It wasn't how I was used to writing. I did shit very carefully, one step forward, two steps back, etc.

Continuing the process, molding the writing that was there into something not just readable but beautiful, each of us picking away at the superstructure of the novel, tossing ideas in, calling to discuss backstory and plot options…I got to see the thing built, and (as per number one) I was swept up in it. Didn’t feel like I had much of a choice.

Human beings are social animals. There’s a benefit to getting up every morning and going to an actual space to do work.

We need to interact with people. If we’re working for eight hours, we’re going to spend four of them fucking around. Better to fuck around with actual people, rather than representations of them on the internet, soulless avatars commenting on Facebook posts (*shudder*).

It’s very strange that co-writing a book is sort of frowned on in the writing world. Being the singular author is kind of the point, right? I’m not sure why. I’m not sure I care. We have romanticized suffering in every shape it can take, and the lonely writer is just one of the many variations on this theme. But real-life businesses do it. James Patterson does it. He’s a business. Film and TV do it. Those are businesses. Writer’s rooms, being able to toss ideas back and forth, and crucially, having someone who can jump off the ledge and say “all right, let’s get it done,” all of those lead to a production output that you could potentially build off of.

But hey, we've gotta be the NAME ON THAT THING, right?

Do whatever makes you happy.

If you think you can crank shit out as a lone ranger, imagine how much you could do if you had a partner? We're living in the future, folks. Buckethead released 120 albums in 2013 or some shit. Lil B puts out 2-hour mixtapes. Patterson is doing those little novellas...or was, I don't know what's up with that. Crank it out. Find a friend, or five, and get these things out.

I’m moving to Texas in about a month. When I get there, I’m not sure if I’ll find a writer’s group or not. If one doesn’t exist, I’m going to create one. There is something incredibly freeing about not sitting in a room, by yourself, trying to figure out where to go with a piece. That might have been worthwhile at first, but now I’m past it.

And I’m going to continue collaborating with as many writers as I can. There’s something intensely freeing about being able to apply your own particular skills to a project. If one person is good at building out the structure, or describing settings, or writing action, and the other is good at dialogue and weirdo flourishes and character, you end up with a full set of skills. Now I’m just thinking about all the different people I could team up with. What would a mashup of me and so-and-so look like? The possibilities are endless.

At the end of the day, it's probably good to find some kind of balance. I was solitary for years on end, so collaboration works for me. You might be stuck around people all day, and the only way the words can fly is if you're all by yourself.

But give it a try. What if there were teams of like, three to five people pumping out novels? That might be something to behold. Novelist collectives. Instead of anxiously awaiting a new work by a new author, we're waiting for the next novel from The Rusty Cans, a group of writers out of Kansas. It's like bands...but for books!

Give it a shot.