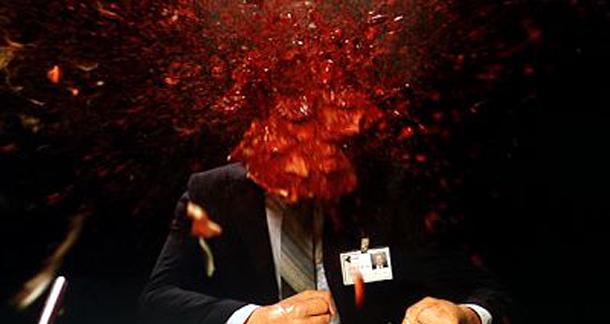 My second book came out this past February. The third is scheduled for October. I’m 36,000 words into the fourth. I just finished co-writing a novella with James Patterson. This is on top of running the class program here at LitReactor, and acting as Associate Publisher at MysteriousPress.com.

Oh and I have a 15-month-old daughter.

Lately, people have been asking me how I do it. “It” being a lot of writing. Like there might be some kind of magic incantation that’ll make the sun pause in the sky and give me another three hours of writing time each day. Or some trick I figured out to get more words down on the page.

I’ve been thinking about this a lot lately: Motivation and productivity. So here are my carefully-thought-out tips for how to write more.

Shut the fuck up and write

Well guess what you can do?

Look, this isn't easy. You spend a lot of time by yourself, wondering if whether the thing you do is working. And sometimes, it isn't... [Either] you can get past that, or you can't.

Give some stuff up

I’m serious about the Netflix thing. I once saw a writer complain about not having enough time to write and THAT SAME DAY say he was binge-watching the entire first season of Daredevil on Netflix. Guess what, pal? You are the cause of your own suffering!

Pick a project. Stick to it. Finish it. Move on to the next.

Get over yourself, you pretentious asshole

This is something I struggled with. I lost so much of my writing life to the idea that the stars needed to align for me to write. Right mood, right time, right music, the appropriate amount of wine or whiskey.

This is nonsense. It’s a way to procrastinate and feel less bad about it.

Sometimes when my daughter takes a nap I have to sit down and open my laptop and write furiously like there’s a clock ticking next to me and pretty soon a bomb is going to go off (the bomb is her demanding toys and snacks).

For the record, my daughter is napping right now, as I'm writing this! Also, she was up until 4 A.M. puking, which means I didn't sleep until 4 A.M., so I am super jealous of her right now because I wish I could take a nap. But I can't, because I've got to finish this article and then edit a podcast.

The only perfect time is the time you have available. Make the most of it.

What do you want to do with your life?
Do you want to be a writer?
Then guess what you need to do?
Shut the fuck up and write!

Are you working on a project and it’s not coming together? Have weeks been stretching into months? Has your level of excitement dwindled?

It might be time to kill that project and move on to something else. Not everything you write is a special snowflake. And for a lot of writers, your first book, and maybe even your second, is going to be a piece of crap that you have to burn off.

I recently found my first novel filed away in my office. I can’t bring myself to throw it out, even though I’d like to, because it is terrible! But it’s also a good reminder that a dead project is still important to the process: You got it out of your system.

Like I mentioned up top, I'm working on my fourth book. It is really bad! I'm rushing through. Making mistakes. Glossing over points. Writing tin dialogue. And I'm doing it on purpose!

I need it on the page. Once it's on the page I can do whatever I'd like. The first thing you write is never going to be the final thing you write. Sometimes you just need to put your head down and barrel forward, like you're at a concert and you want to get to the front of the stage. Things are going to get sloppy and painful and maybe a little bloody, but if you're persistent, you will be rewarded.

Decide what your priority is

Then guess what you need to do?

Shut the fuck up and write!

Look, this isn't easy. You spend a lot of time by yourself, wondering whether the thing you do is working. And sometimes, it isn't. Self-doubt and frustration turn you into your own worst enemy. And either you can get past that, or you can't.

One of the things that drives me a little crazy lately is, in complimenting my output, people have been making it sound easy. I appreciate the compliment but not the implication. It's not easy. I sacrifice things. I worry about whether I'm doing right by my family. Sometimes I feel like I'm approaching a dangerous level of burnout.

But this is what I want to do. For ten years, I've been working toward this, and some days, it feels like this whole thing could disappear at any moment. A publishing career is very impermanent. So I will work my ass off every day to ensure that I get to stick with it, because I love it.

Take a whole bunch of meth

This is a last-resort kind of thing. But it’s pretty effective!

Though if you're concerned about the legality, there’s always coffee.

Class Facilitator
ReneeAPickup from Southern California is reading Wanderers by Chuck Wendig May 4, 2016 - 10:16am

Wow that last one is an idea I'd never considered! I'm gonna try it...

As far as my chances of becoming a successful writer go, I know what my chaces are if I don't write.

Lots of great (and blunt) advice here! Thanks, Rob. I can empathize (sympathize? I always get those mixed up) with the writing-while-the-child-sleeps thing. My first published book was written almost entirely during my son's naps. Thanks for a motivating blog post!

Tony McMillen from Mostly glorious Tucson Arizona but now I live near Boston. is reading Not, I'm writing May 4, 2016 - 11:23am

I'm with Renee, let's see who gets the cleanest house and the most words come June.

Shit. I wish I hadn't spent all that time reading this post. Now I feel guilty about writing this comment. I'm gonna shut the fuck up and get back to lunch.

"Shut the fuck up and write" and "Give some stuff up" were the two hardest for me for a long time.  I never felt productive enough, yet every time I thought about writing, it felt like there was some invisible, evil force holding me back.  Eventually, I learned the evil force wasn't invisible; I just couldn't see it without a mirror.

Now I break it down into two questions: "Do you know what comes next? Yes? Then write it.  No?  Write anyway."

I even write when I'm not writing sometimes.  Whenever an idea strikes me, I take a second and jot a note down in my phone.  Sometimes that note takes ten minutes a 300 word section that I may or may not use later.  And that's fine.  Even the stuff I don't use is worth it.  It's that whole, "knowing what you don't want helps figure out what you do" thing.

Well I did, just not on meth. Survived, back to writing grind. Switching to happier stories though.

I am trying to increase my writing productivity and lose weight, but I never thought of meth.

This is good stuff. I write my stuff and I have a pen name, but they I can have an inner battle royal. I think picking a project and getting it done and then switching bodies so to speak will help me keep up my productivity.

I always enjoy your writing tips Rob. I am still using the three-draft outline suggestion.

"The only perfect time is the time you have available."

getting-over-yourself piece is what the majority of writers need to do..thinking you are a big shot in the literary world won't do your writing much good..this I understood when I started freelancing for this website and guest posting for various blogs like this or this and actually failed to get my piece submitted because I thought it was perfect and nothign should be changed...well..yes..I was quite a pretentious asshole

Wonderful article. It is useful for me, thanks a lot for giving everyone an exceptionally splendid possibility to read in detail from this 70-743 free dumps. I really enjoy reading in your blog! 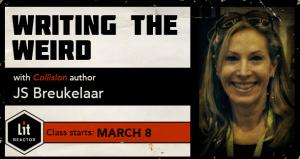