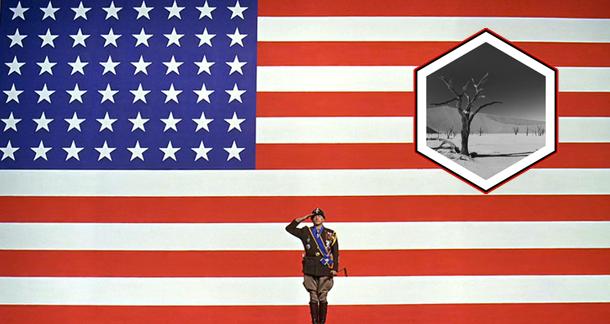 In the realm of story, few characters will ever demand as much respect as The Magnificent Bastard. Cunning, manipulative, utterly brilliant, quick on his feet and smooth as chocolate frosting, this Bastard will have everyone around him on their knees. He always has a plan, but exploits the other characters so they do all the dirty work. He ducks every brick thrown at him and knows exactly what emotional triggers to squeeze to get what he wants from you. With a smirk, he waltzes through your story, doesn’t blink at a single setback and in the end, still earns your affections.

This last point is (arguably) the most important element of his character: how the Magnificent Bastard magnetizes you. Writing an effective Bastard hinges on how he entices both his costars and your audience, otherwise he’s just a regular old villain or anti-hero that is quickly forgotten. Let’s examine what a good Magnificent Bastard does and doesn’t do.

Bastards are plentiful in superhero tales, especially the manipulative and magnificent types, but without much additional character development, they can quickly become boring. Lex Luthor, a prime example, is always after Superman. And while his plans are repeatedly foiled in the end, he never seems to lose his cool. But this isn’t suave, it’s just a lack of self-awareness – most audiences who see that aren’t going to be impressed. Oh, you’re trying to kill Superman again? Cool. Can’t wait to see how that works out.

Speaking of redundant characters, you probably should avoid writing a dramatis personae like James Bond. Yeah, he’s often magnificent and bastardly (some would argue he rapes women though), but Bond’s charisma is heavily manufactured. Ludlum’s Bourne was a better spy by all counts, not only because he rebelled against a evil institution, but also because the amnesiac doesn’t need fancy gadgets to get out of a sticky situation. He just uses his magnificent, bastardly brain.

Thomas Harris loves the Magnificent Bastard, because without it, he’d have nothing. Four out of five of his books feature Hannibal Lecter, the cannibalistic serial killer who is known for nothing else if not holding everyone around him on a short leash, even when imprisoned. The problem is, he often has pretty pathetic motivations and it’s hard to understand what’s so enigmatic about him. He hardly appears that threatening when all his escapes are like something from a Road Runner cartoon.

Also, there never needs to be another Dracula adaptation again. Despite being one of the original Magnificent Bastards, the Count has been done so many times, it’s hard to find him very magnificent or charming. What’s effective in this trope is when the string pulling is subtle or less expected.

General Patton in the 1970 film Patton coined the term when he screamed "Rommel... you magnificent bastard, I read your BOOK!" but it could easily apply to himself. The man was completely callous to the effects of government-sanctioned murder (war), but despite how evil he could be, he was still captivating and always knew just what to do.

However, the first Bastard that comes to mind when I think of this trope is actually a Basterd. Meaning, of course, SS Colonel Hans Landa, played by Christoph Waltz in Inglourious Basterds. After all, his manipulations are so precise that he ends World War II, which is, you know, only the biggest armed conflict in human history. Plus, (*spoiler*) he gets himself a nice little house in Nantucket, all by barely lifting a finger. The fact that audiences were attracted to a Jew-hunting Nazi makes him all the more well rounded.

But even more effective is Cormac McCarthy’s Anton Chigurh in No Country for Old Men, although a number of characters from McCarthy's mythos qualify, especially Judge Holden in Blood Meridian. Locked doors don’t even stop Chigurh. In a lot of ways, the sociopathic hit man resembles the Grim Reaper, only instead of a scythe he carries a captive bolt pistol. Unlike Landa, who is appealing because of his wit and charm, Chigurh is irresistible because of his unflinching coldness. The Coen Brothers, who adapted the book into film, are well-known for crafting characters of pure, unbridled evil—such as Charlie in Barton Fink and Leonard “The Lone Biker of the Apocalypse” Smalls in Raising Arizona—that also somewhat qualify as Bastards.

What really makes these Bastards work is that unlike merely Manipulative Bastards or the so-called Chessmasters, who influence their prey from a distance, the Magnificents are required to be in the middle of the action. How else can they flash their winning (or disarmingly creepy) smile and act like a badass? That’s important too, being a badass, which means they can hold their own. Sometimes this just means knowing kung fu or having a knife up their sleeve, sometimes it just means coolly outwitting their oversized opponent.

One of the most effective ways to outsmart others is through lying, but doing it right is tricky. Lies should never be too obvious and in this trope, lampshading is possibly more effective, using tricks like half-truths or deceptive wording. Giving your Magnificent Bastard vengeful motivations also isn’t enough. Their plan should be so tightly wired that no one can stop it, sometimes even the Bastard himself. V from V for Vendetta, is a great case, somewhat like a modern Edmund Dantes, only his beef is with the very people who imprisoned and tortured him.
But after all he goes through, don’t make your Bastard a heartless monster. After all, that defeats the purpose entirely. He needs standards, because this builds his credibility as magnificent.

Worrying is stupid. I realized a while ago, if I thought I knew everything when I was 21 (and certainly was still making idiotic life decisions) then I will probably always think I’m right until proven otherwise. Kathryn Schulz calls this “error blindness” in her excellent, highly-recommended TED talk about being wrong. Until I’m omnipotent or dead, I’m going to probably have to continually reinvent myself through latent reevaluation.

If you keep a journal, over time you can follow how your deep-pitted insecurities grow and twist out of proportion. In my experience, every three months or so, everything in my life seems to change and I take on a new set of problems, apprehensions and stress. Funny thing is, I can easily see that everything has always worked out. Maybe not how I wanted, but still.

If that’s the case, I’d like to be more like the Magnificent Bastard, only without all the manipulation, lying and underhanded goals. I would like to be far more relaxed about whatever’s going to happen. I’d say I do a pretty good job of sliding through life, making progress despite numerous setbacks and all while sporting a magnificent, shit-eating grin. But I could definitely do better. I could care less about what people think of me, focus less on how I’m doing in the romance department and I could lose less sleep over the possibility of World War III or various other stupid, decidedly unmagnificent thoughts that I have. We all could.

Maybe the Magnificent Bastard is really just good at keeping up appearances and, deep down, he’s filled with as much insecurity as your average Anti-Hero or protagonist. How do you be less insecure? Well, just stop caring. It really does always work out, doesn’t it? Instead of trying to control everyone and everything around you, let the whole spectrum of existence do all the work for you. Focus on yourself, of course, and try to be nicer and more patient, etcetera, but anything you can’t control, just forget about. If that’s the key, I’ll fake it till I make it. And maybe in the end, I’ll earn a headstone that says, “He was one Magnificent Bastard.”

Who are some of your favorite Magnificent Bastards?

John Constantine is my favorite a master manipulator to the very end.

In my military sci-fi book ("On the Other Side"), I think the main character's father/mentor, General Robert Price, was a Magnificent Bastard, now that I think about it. What he did was rebel against a government that had grown too powerful. Unlike his son (Thomas) he's perfectly willing to kill an enemy that gets in his way; he will punch you senseless if he doesn't destroy you right where you're standing. But he does it because he believes he's fighting for his rights to freedom, such as when the President tries to kill Thomas during battle. He's awfully hard to kill mostly because he keeps fighting even when you wound him, and although he has a machine gun, he's capable of slamming your face into the street with brute force just as well. In the end he is killed with his own weapon, and on his gravestone the inscription says, "General Robert Price, beloved leader and hero. He will long be missed."