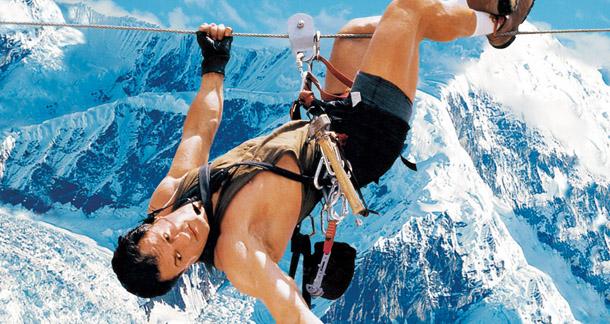 Maybe you've had this experience too, but at some point during my literary education I learned what a hanging ending was, and I remember thinking it was genius—why bother to write a decent ending when you could just STOP writing and let the reader do all the work? Soon, all my stories had hanging endings, and I was smug in my belief that I was following in the footsteps of great writers and that anyone who didn’t “get it” was just daft.

Later on in my literary career, I was halfway through a stack of fiction submissions for the Minnesota Review when I had a sudden—and violent—reversal of opinion. After reading hundreds of stories, I realized the widespread abuse of this particular ending style. Story after story just fizzled out at the end. Characters stayed static and curling plots suddenly contracted rigor mortis and went cold. Hanging endings, I realized, when not done REALLY well, sucked.

There are bad story endings (“And then she woke up!” or “Please tell my son that I love him." *Cough* *Die*), but nothing is so unsettling as no ending at all. “Hanging endings” are also called “cliffhangers” and specifically refer to serial fiction that leaves the main character in an unresolved situation until the next installment. It’s perfectly legit. But somewhere along the line, writers penning one-offs also felt they could abandon their characters (and readers) mid-plot and call it “contemporary.”

The ending is the most important part, and as a writer you should want to write a spectacular ending because, hey, you did a heck-of-a-lot of work on the beginning and middle parts. Not only that, but if you made your reader work along the way, or happened to fumble a plot reveal, you’ll be sure to win him/her back if the ending justifies it. For example, I can’t remember all the plot turns or how many characters named "Aurelio" there were in One Hundred Years of Solitude, but I do remember reading the end of that epic novel and thinking Gabriel García Márquez wrote such a fantastic last paragraph that it justified all the confusion and re-reading I had done along the way.

So how do you ensure your story gets a fantastic ending? My suggestion is to write it first, while you still have energy.  For those of you participating in National Novel Writing Month (NaNoWriMo), imagine how exhausted you’ll be come November 29th after all that comfort food, Black Friday spending, and furious late-night typing. Are you really going to be able to do your characters justice? I know my heroine from last year’s novel is still swinging in the wind. (Sorry, Carissa, but I still have no idea how to get you out of the mess I got you into.)

So before you spend 10k words on that awesome opening chapter you’ve been dreaming about, invest in your future; write the finale first. If you feel sort of dumbfounded by the concept, ask yourself a few questions first:

A few things to keep in mind are that great endings often make great beginnings, too. For example, the 1995 film The Usual Suspects opens with a scene that takes place at the end of a series of plot twists in which characters are not who they first appear to be. However, the final scene of the movie reveals a twist to the whole story that makes the first scene of the movie take on an entirely different meaning. As you know, it’s not uncommon for movies and books to start at or near the end of the plot trajectory as a sort of hook, only to circle back to the beginning to tell how it all really happened—usually with a twist. In the book world, Mary Wollstonecraft Shelley’s Frankenstein is a classic example.

Let’s apply the questions above to The Usual Suspects as a test to see how this analysis method works (SPOILER WARNING):

For today's exercise write a paragraph (or two, or three) that could be the very last scene of a short or long story.  If you like, you can follow the example of The Usual Suspects and reveal a new side to the details that pull the plot together. Have fun.

Post your writings here as comments if you’d like & get us all itching to read the rest of your story (once you have finished writing it).

sweet - it's always nice to have a direction when writing the beginning - the ending makes that possible - also helps to avoid that meandering middle bit. cheers.

Fantastic advice! although endings are a lot easier than beginnings >.<

I often think about where I am beginning and where I am ending- then I start filling in the middle and answering the "how the hell did this happen?"s. I tried an ending and this is what I came up with:

The rocking chair squealed under him, porch floor boards bents and raked against the rusty nails. Uncharacteristically he was stiff as he sat there, stiff upper shoulders, eyes squinted into the darkness and the corners of his mouth pulled down around his chin. Squuuueeeeeeeeeeeeak. Squuuuueeeeeeeeeak. Twilight fell, daylight’s last pulse fizzing out over the trees that vanished into the black blanket of night. The call kept coming. Squuuuuueeeeeeak.

Chest rasping, allergies raging, cuts burning; everything swirled through my veins.  Fire. And the call, pierce through my skull to the brain, laid deep seeds of echoes. Sounds can get in without any intent of leaving.

Treasure before me, prey targeted, the man who left me, abandoned me without warning laid weak in the chair. Fire in my brain sparked, caught and billowed. Cicadas rattled. Owls hooted. Frogs sang and birds chirped their final songs. Cover. Cover of the fury ringing from my shaking fist. Fury from my shell.

Soft steps in the grass. Nature roared, connected with my angry brain wave stink and rapped at its war drums.

His hand lay on the edge of the arm rests, perched on finger tips with nails long and yellow. Hands that took my mother away from me, strangled the life from her body.

The air vibrated all around.

Cold blood through the veins as a hawk cried out. Its cry swallowed the sound and dunked me in silence that stole my breath.

No sight, but the sound. Hawks aren’t out at night usually- but this one was different. It was hungry, stealthy, quick. Wouldn't have any trouble taking what it wanted. Wanted flesh. Wanted my flesh. Wanted my blood. Flesh and blood.

Back against the side of the house, eyes strained to see anything in the dark.

Nothing. Nothing out there except death and noise.

Could be the ending of a segment in a longer story. Not sure yet. This was an enjoyable exercise.

Could also be the start of something

It's very in the moment and full of action. The abrupt sentences and lack of pronouns make it very animalistic and instinctual. I like it.

Excellent, Sarah. I like that it brought closure but wasn't "warm & fuzzy." There's still a hint of panic and adernaline even though the "villian" has died. Love that. I think this could work as an opener, too, because it doesn't give everything away. Thank you very much for sharing. 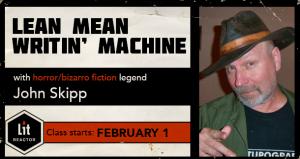