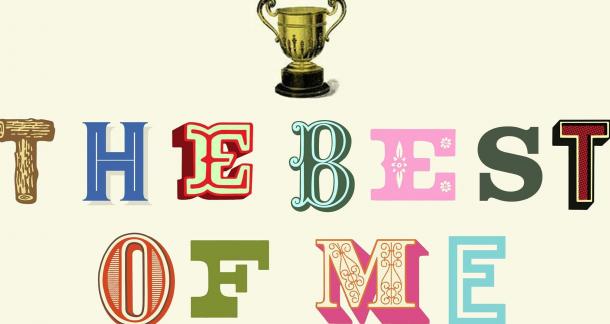 David Sedaris is putting out The Best of Me, a book of his self-selected best stuff.

What would a David Sedaris fan get out of the intro, and what’s the big idea behind a “Best Of” collection anyway?

And what can writers learn from the existence of this book (without ever reading it)?

Lots of writers put out collections, but they’re more along the lines of…”complete” collections.

I’ve got a complete stories of Flannery O’Connor that I’d gladly trade for a volume half as long and twice as tight. The Collected Stories of Lydia Davis is 752 pages, and with the lengths of her stories being what they are, that’s about 30,000 stories, give or take. Raymond Carver’s Selected Stories is 960 pages. How grueling was that collection process?

Sedaris’ Best of Me weighs in at 400 pages, just a little longer than a typical novel. It’s about 15% of what he’s put out in various books at this point. Give me selective, keep the complete. 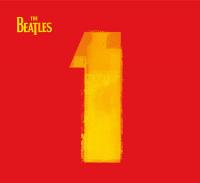 One thing that a greatest hits album used to do for bands was bring in new listeners. Which sounds weird, right? Can’t people just listen to the albums?

The Beatles have 213 songs, and they come from different eras in the band’s progression. In 2000 they released 1, a compilation of all their number one hits. The album is the 4th best-selling album in the U.S. since these things were tracked (1991 and on) and is the best-selling album of the 2000’s, worldwide. One would think there’s absolutely no need for a Beatles greatest hits album, and yet, here we are.

Before you say, “But Pete, albums are such a 2000’s thing!” I know that, and I agree with you. And consider that while streaming music has completely changed the purpose of greatest hits albums, there isn’t a similar thing for books. You can’t just stream David Sedaris’ best stories, free, in a playlist order of your choosing.

People love a greatest hits. It’s the perfect gateway for new fans and the perfect revisit for old ones.

Of course, why not make some money?

This becomes the easy gift if you’re gifting Sedaris, and Sedaris is a gift-y author. He’s got a Christmas-specific book, something few authors boast.

Take a note, writers: Make an easy book for gifting.

Oh, also, WAY too many best of’s come out after the author is dead. Shouldn’t they see the money in their lifetime?

Some of Sedaris’ books do not work if you try and read them straight through. His diaries are a lot of fun, but I don’t think they work as a block of straight reading. His book of fables, same deal. You start to become numb to the fun of it (like reading about a hundred Onion headlines in a row, they get less funny).

Meanwhile, the days of the book of tweets are over.

“SantaLand Diaries,” the story that really put Sedaris on the map, is not in this collection.

This omission might sound a little like seeing Metallica, knowing that they will not play “Master of Puppets.” I don’t know how often Metallica and David Sedaris are compared, but here we are.

And it is a lot like seeing Metallica without hearing “Master of Puppets” because, yes, you’ll be disappointed going in. But you’re still going, and then you’ll be like, “That was about 3 hours of non-stop hits. I’m okay with this.”

Sedaris himself says that he thinks the writing on "SantaLand Diaries" is “clunky.” And maybe it is. I don’t know. I guess when you’re David Sedaris, you get to choose whether or not you want to keep playing the hits. Besides, he’s got another great Christmas story, “Six to Eight Black Men.”

He doesn't need it. Neither do you.

No Zoom, No Social Media

I’m for it. I’m a fan of writers who don’t get social.

He says he thinks it makes him a happier person to stay away, and:

There is literally nothing you can print anymore that isn’t going to generate a negative response. This, I believe, was brought on by the Internet. It used to be that you’d write a letter of complaint, then read it over, wondering, Is this really worth a twenty-five-cent stamp? With the advent of email, complaining became free.

Writers, take a note: You know, all of us could stay away from this bullshit if none of us pitched in. Just saying.

Writers, another note: Sedaris is publishing his second book of journal entries. Meanwhile, the days of the book of tweets are over. Just something to ponder, y’all. Maybe a couple paragraphs a day, written out and done right, will serve you better in the future.

Does a greatest hits mean Sedaris is out of gas?

Calypso, his latest book of new releases, is excellent and only 2 years old.

And based on the intro from The Best of Me, it sounds like Sedaris still has a healthy amount of imposter syndrome, which seems to drive 99% of writers (the other 1% being driven by self-destruction):

I’m not the sort of person who goes around feeling good about himself. I have my days, don’t get me wrong, but any confidence I possess, especially in regard to my writing, was planted and nurtured by someone else—first a teacher, then later an agent or editor.

Just a final note to you all, agents and editors, who are usually writers, too. And a note (of absence) to reviewers.

Get The Best of Me at Bookshop or Amazon

5 Lessons On How To Avoid Getting Fucked By A Publisher

Magic When It All Comes Together: How To Assemble a Not-Boring Book

The best of me is well written book by the David Sedaris, who have the passion to write for the readers. I want to know about the idea behind the https://graduateway.com/essay-examples/beatles/ and the content that you include in the book? I have seen a lot writer who did the same, but they have mentioned the collection at the end of the book, I am expecting same from your side as well.