Clause I Said So: A Refresher Course On Sentence Types 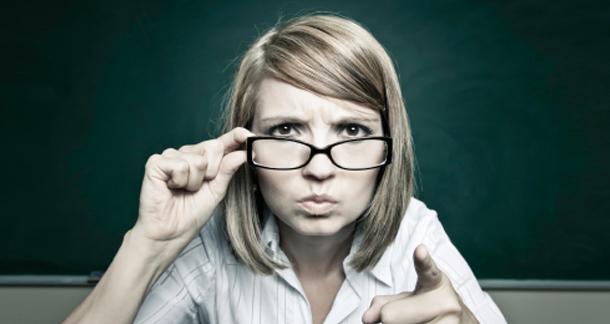 No matter the content, the inspiration, or the writer, a good piece of writing is only as strong as its sentences. In the creative writing world, practically anything is possible. Crack a novel and you will find alternative punctuation, clever sentence fragments, and creative twists on traditional grammar and usage. That’s what makes writing and literature fun and exciting. However, if you’ve read any of my articles, you’ve probably gleaned by now that I advocate knowing the rules before you break them. Call me conservative, but I can’t stand writing that ignores the basic tenets of English grammar.

With that in mind, I want to focus on the foundation of all good prose—the sentence. According to the Little, Brown Compact Handbook, Fifth Edition, a sentence is a “basic unit of expression [that is] grammatically complete.” At minimum, a sentence must contain at least one independent clause, and it must start with a capital letter and end with a closing punctuation mark such as a period, question mark, or exclamation mark. Sentences can include multiple independent clauses, dependent clauses, and phrases. Within those clauses and phrases, a variety of punctuation marks can be used, but I’m not going to get into that now. For this article, I am going to focus on the largest piece of the sentence’s construction—the clause.

No matter the content, the inspiration, or the writer, a good piece of writing is only as strong as its sentences.

What Is A Clause?

It is important to understand clauses because they drive punctuation. Knowing where to place commas, semi-colons, and colons depends on clause location and type. Clauses can also function as parts of speech in that whole groups of words can take the place of basic nouns, adverbs, adjectives, and objects. That said, clauses are specific in that they musy include a subject and a predicate.

Subject: names something, the doer of the verb, usually a noun (person, place, or thing).

Predicate: makes assertion about the subject or describes an action. The predicate will contain at least a verb plus a variety of modifiers. There are five predicate patterns that include different configurations of verbs, direct and indirect objects, and complements. However, to avoid making your head explode, I’ll leave those for another day.

*It is important to point out that sentences can also contain phrases. A clause may contain a phrase, but phrases do not have subjects or predicates. There are a whole bunch of types of phrases: verbal, participial, gerund, infinitive, absolute, appositive, adverb, and adjective are all types of phrases. I won’t get into those in this article in order to avoid head-spinning, but keep in mind that a phrase is NOT a clause but it can be part of one.

Dependent or subordinate clauses function as one of these three parts of speech:

An adverb clause is a clause that functions in the sentence as an adverb which modifies verbs, adjectives and other adverbs. An adverb clause always starts with a subordinating conjunction such as if, because, when, though, before, until, etc.

“When the baby finally naps” is the adverb clause because it modifies the verb “writes.”

An adjective clause modifies a noun or a pronoun and it usually begins with a relative pronoun such as who, which, or that. The clause usually occurs right after the word it is modifying.

Babies who nap when it is convenient for their parents are rare.

“Who nap when it is convenient for their parents” is the adjective clause which modifies the noun “babies.”

A noun clause functions as a noun in a sentence. Like nouns, a noun clause can be a subject, a direct object, or an indirect object. The clause will begin with a how, why, what, whatever, or a relative pronoun.

Why Taylor likes to write about grammar is a mystery to most of her friends.

“Why Taylor likes to write about grammar” is the subject of the sentence and the subject for the verb “is”. You could replace the entire noun clause with a regular noun and the sentence would still be grammatically accurate. For example:

Taylor is a mystery to most of her friends.

These two clause types can be configured into four different sentence types.

“Taylor” is the subject, or the who, and the verb “writes” is the predicate, or the section of the clause that makes an assertion about the subject and/or describes an action.

Here’s another example with the same subject, but a more developed predicate.

The words “articles for LitReactor” are part of the predicate because they further describe an action of the subject, but since they contain no second verb or subject, they can only exist as part of the whole idea or independent clause.

It’s important to remember that a simple sentence does not have to be short. Inexperienced writers often add unnecessary punctuation in a lengthy sentence because they assume it’s too long or that it’s a run-on sentence. A simple sentence can be quite long. For example:

Taylor writes articles and columns for an online literary community called LitReactor that was created by the same group of people who manage Chuck Palahniuk’s fan site.

Everything after the word “Taylor” is part of the predicate. Even though it’s a bit wordy and contains a lot of modifying words and phrases, the entire sentence would be considered a simple sentence because it consists of one complete thought and requires no punctuation.

Taylor writes articles for LitReactor, and LitReactor publishes them online.

Each underlined section is an independent clause connected with “, and”. Each clause is capable of standing as a single sentence:

Taylor writes articles for LitReactor, although she wishes she was napping with the baby.

When the baby finally naps, Taylor writes articles for LitReactor.

Even though babies are supposed to sleep upwards of fifteen hours per day, Taylor finds it difficult to get her articles for LitReactor done on time, and she has to write apologetic emails to the editors who are always nice about it.

Take a look at whatever you are writing now—be it a story or an email. Choose a sentence or two and rewrite them as the following:

Post them in the comments below or email them to me directly at tayor@litreactor.com

Very useful as always Tayor. Thanks. Keep them coming.

Very much enjoyed reading this article. First time reading one of yours however, I plan to read more. Thank you.

tashmallory from Texas is reading Name above All Names by Allister Begg and his friend Sinclair Ferguson June 19, 2013 - 6:11am