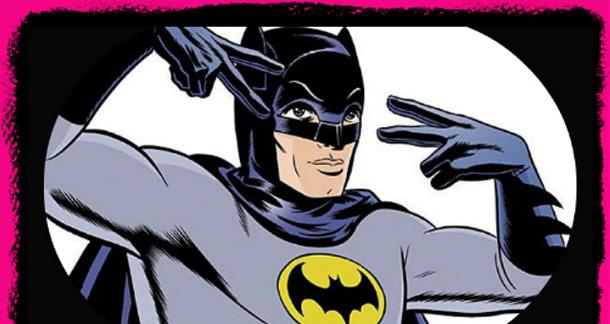 About ten years ago, a friend and I were talking about how to get out of a job we both hated (we were destined for great things and we knew it!) and one of us said we should launch a series of Choose Your Own Adventure type books, but for adults. We discussed how awesome and amazing we were to have thought of this. But we were lazy, so we laughed and went back to our menial tasks.

What fools we were!

We could have been on the cutting edge of what has become a Choose Your Own Adventure-like revolution.

For the uninitiated (how young are you!?! show me your I.D.!), the Choose Your Own Adventure series, originally (and briefly) published by Vermont Crossings Press and authored by writer and creator Edward Packard, were adventure books written in the second person that allowed the reader to literally choose the path they would take at specific points in the story. Picked up by the much larger Bantam Books at some point in the early 1980's, the books became hugely popular, purportedly selling upwards of 250 million copies over twenty years.

Is this just the latest in a series of nostalgic reimaginings and reinventions?

In the last six months we have seen a huge resurgence of the “official” Choose Your Own Adventure brand, as well as numerous variations on the idea. Probably my favorite and the most interesting is Ryan North’s “Choosable-Path” To Be Or Not To Be: That Is The Adventure novel, which became one of the most funded Kickstarter publishing projects of all time by raising over $580k from more than 15,000 backers. On the other end of the spectrum is the slightly bizarre announcement that FOX, with the original rights to the Choose Your Own Adventure concept in hand, is developing an action/adventure franchise based on the idea. Nobody seems quite sure how that will work out, but I think we can all admit that the movie Clue is pretty awesome, so if it’s anything like that, there might be some merit.

Somewhere in-between those two extremes is the announcement from DC Comics of a DC2 Multiverse line, which will be their version of interactive comics (like Marvel's Infinite Comics Line) as well as their version of digital “choose your own adventure” comics. The former is simply comics that add elements to the screen as you tap and scroll. For this user it's not so interesting, and is more gimmick than content of merit (though I can certainly see the appeal for very young readers, something comics desperately need more of.) Additionally, the quality of DC's first interactive release—Batman 66 by Jeff Parker and Jonathan Case, inspired by the classic Batman television show—was quite high. Especially the visuals, which were a pop 60's smorgasbord full of color and life. Add to that the fact that it was only 99 cents and it was a fun experiment to play with.

Supposedly future books (the first looks to be Arkham Origins) will include literal "choose your own adventure" options—the option to make decisions at key points during the narrative—which will unlock different story options. It’s actually a rather brilliant thing to try, given the flexibility of the digital format. An at a time when digital comics are both taking off and drawing a ton of legitimate criticism for being priced the same as traditional print comics, it’s a smart way to maximize content. Arguably, with multiple story options in one book, this is a way to enjoy a comic longer and get more mileage for your dollar. Comics are expensive these days, digital or otherwise, and with a lot of decompressed storytelling, they’re generally not considered a good value compared to other media. This is a potential way to maximize that value, depending of course on the price point. Time will tell —if the gimmick is priced right and has quality as high as Batman 66 did—it could be interesting.

But what's brought on this rash of interest in choosing your own adventure? No disrespect to the idea, I thought it was a great concept ten years ago and I still do (and since I missed the Kickstarter, my copy of To Be Or Not To Be is totally already pre-ordered), but I think we can all admit that it is indeed a gimmick. Is this just the latest in a series of nostalgic reimaginings and reinventions? I mean, if I see one more remake of a classic movie into some horrible soulless too pretty money grab (Footloose!) I'm going to go nuts. If this trend is simply the hottest new thing from the nostalgia gristmill, then what's gonna be next? Can we predict it?

I think video games have a lot to do with this.

Games use to be linear, or they had no real plot at all (Dig Dug and such).

Now we have games like Skyrim and Fallout, and even the newer Call of Duty games, which are offering multiple stories based on the decisions you make. Hell, choices you make in the first Mass Effect game will affect how the third game ends.

Single player games are becoming less about competition or story, and more about virtual reality, where your character is simply an avatar in a fictional world, and the more freedom you have to catch butterflies and chop firewood rather than fight dragons, the more incredible the game is considered to be. It's the next big thing.

So I'm not surprised that the CYOA-style books are making a comeback. It markets free will in a book, and that's a lot cheaper to make than a video game...

@Nathan: I think that's a really good bet! It makes a lot of sense. I don't do much gaming these days, and when I did it was much more straight fighting games, but you are so right that the biggest and most popular games heavily feature plot and choice - storytelling and narrative are a huge draw. Good call!

So what's next? Anything else gaming will force upon us?  :)