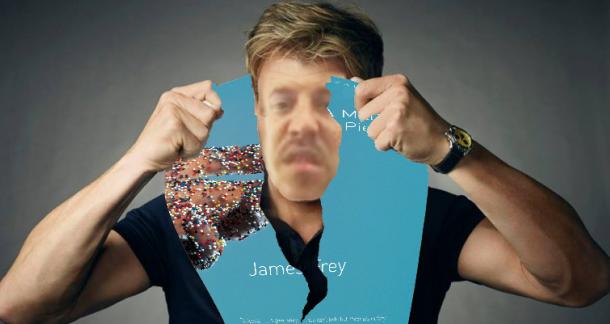 Denver, Colorado. Home of the Rocky Mountains, Rockies baseball, and an indie bookstore with a rocky sales season.

After a smooth takeoff, Jerry’s was flying high, selling lots of books and making lots of readers happy. But the store hit some turbulence, and now it’s in a tailspin, the pilot is drunk, and there’s nowhere close by to land, it’s all volcanoes and spikes, and the only person who is sleeping through all of it is having night terrors.

It’s bad. It’s really bad is what I’m getting at.

I’m Pete. I’m traveling the world, visiting struggling indie bookstores and shouting at them in order to make them better places to buy books, better advocates for authors and reading, and perhaps I can shake them awake from their…

This was supposed to be a TV show with a lot of fast cuts and cool graphics, with me having knives and shit thrown at me, but apparently nobody wants to make a TV show about lousy bookstores with a host who is "uncharismatic" and "combs his hair to the wrong side" and is "kind of unpleasant" and "smells really bad."

I argued that you can’t smell me through the TV, so they really only had 4 or 5 good reasons to not make it a show.

Jerry’s looks cute and quaint from outside, the name painted on the large glass window out front. But the parking sucks. Bookstore parking always sucks because bookstores like to be in busy downtown areas, and all the parking spaces get used up by people who are going to bars and restaurants and bars with arcade games. You know, fun places. Places people want to be in.

Before I headed into Jerry's, I had to put on a disguise, just to make sure no one would recognize me. So I changed out my track pants for khakis, and the illusion was complete.

First thing, if a bookstore has a cat, the rule is that I should find that out when I see the cat.

If I know there’s a cat because I smell it first, there’s a problem.

If I know there’s a cat because I smell it first, there’s a problem.

Jerry’s definitely had a cat. I took a deep whiff and put the age at…12. Male. Orange boy.

Gordon Ramsay can tell the difference between frozen and fresh fish and everyone thinks he’s awesome. I can breathe in cat piss smell and tell you everything, and I’m a distasteful weirdo who can’t grow sideburns?

The world is unfair.

I reached onto the bookshelves and pulled off a stack of mysteries, then immediately started berating Jerry. I understand this is the most effective way to fix a restaurant or rescue a bar, and it probably has to do something with pawn shop stuff, too.

“Look at these paperbacks. Old, stale, vile, rotten inventory. Do you even date these things?”

Jerry shook his head, No.

“If you date them in the corner, you’ll know how long they’ve been on the shelf, you donut. Then you can rotate them out.”

Jerry scratched his face, and he said, “I don’t know about that donut thing…but actually, dates might be smart.”

I said, “I see all these piles out front, and I can only imagine what you’ve got in storage. Show me to the back.”

The back of the store was nothing but piles of unsorted books. Patterson hardbacks, middle books from 2010’s vampire series, and an entire wall of surgical center green, copies of A Million Little Pieces shelved 4 deep. 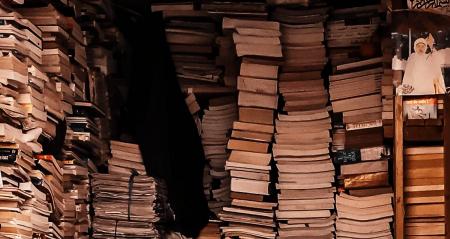 In the middle of calling Jerry a donkey and a donut and some other things, I hit a bookshelf and copies of Wild Animus, the cockroaches of Bookstore Nightmares, hit the floor.

Jerry started telling me some story about how he and his wife put the inventory together, and now she was dead, and he couldn’t part with it. Or maybe she left him for someone else with a better rod. I can’t remember, he was grossing me out because he started crying and stuff, and I sort of tuned out.

As usual, I spent the day watching Jerry serve customers. He barely looked up when people came in the door, he pointed people to back parts of the store instead of walking them to the place they wanted to go, and he just didn’t seem to give even one shit.

I knew what we needed was to turn Jerry around and get him to see his passion for books again.

I Get Real With Jerry

I’ve been advised by legal counsel to not get too far into exactly what happened when I tried to help Jerry reignite his passion for books.

I feel pretty sure I can say that I tried to get him to hike a 14,000 foot peak just an hour or so outside Denver, and when he said he was out of shape and didn’t see what this had to do with selling books, I may have pulled a pistol on him and motivated him the rest of the way up the peak, and, okay, maybe I squeezed off a couple rounds when Jerry slowed down, but the gun was never pointed at Jerry's center mass.

The first thing I changed was the offerings at Jerry’s.

“Jerry,” I said, “You have a splatterpunk section with two books in it, and one of them is about punk music. You have a steampunk section with a book about making dumplings. And there are a lot of other sections here that are weird and understocked and don’t even have anything to do with your apparent misunderstanding of punk.”

Jerry said, “Isn’t it good to have a wide array of options?”

I said, “Maybe it’s better to do a smaller number of options right than to do a shit job of a bunch of things. Wouldn’t it be a lot easier to just specialize in a few things, like, I don’t know, wouldn’t it save you time to just have a crappy mystery section, a crappy thriller section, some dirty books, then call it a day?”

I screamed in his face, "Does McDonald's make pasta!?"

Jerry scratched his face on that one, too. “You know, maybe you’re right. I could put the energy into doing a few things right. instead of a bunch of things half way.”

Jerry was resistant to some of my suggestions. So I interviewed some former customers and showed the tapes to Jerry.

Jerry’s? Oh, yeah. I bought some books there once. I always mean to go back…actually, I did a couple times, but he’s, like, never open at the same time? And he’s closed at 4 P.M. on the weekends? What’s up with that?

I wanted to support a local business, and I went in there so he could special order me some books. He was really nice, but it took…I think 6 weeks to get them in. In the meantime, I got the eBooks, read them, and I just didn’t have the heart to tell him that I didn’t need them when they came in. I would’ve cancelled the order, but it took so long I forgot!

There’s no bathroom in there. I got that thing where the book smell makes me have to shit? So I can’t go in there.

I brought in my crew to remodel overnight.

My crew was only me, and I forgot all my tools and stuff, and I got a little drunk, then a lot drunk. Then I was briefly worried that I was sobering up, so I got even more drunk.

The upside is that the big remodel reveal was exciting for me, too, because I couldn’t remember what the fuck I did.

Turns out not much, just put up some directional signs and plugged in some lamps so you could see the shit in the store. Oh, and I had the nasty green carpet steam cleaned because before it looked like the felt from a pool table in a biker bar where they didn’t so much play pool as spill chili Fritos and murder people.

“Wow,” Jerry said, “I guess occasionally cleaning up the carpet is a good idea. Maybe we should vacuum once a…once ever. Just not common practice for used bookstores.”

He ran a finger along a bookshelf, which had been dusted for the first time ever. “Maybe cleaning sometimes would make this better. I can’t even smell Vagabond.”

The store owner nodded. “How did you know that?” he said.

I said, “It’s amazing what a little cleanin—” and I didn’t get to finish because I had to run outside and vomit.

Once that bout of vomiting was done, I showed Jerry his brand new point of sale system, which was just a tablet with a credit card swipe on it.

Jerry said, “Hey, so I can take credit cards now? Even for purchases of less than $17 dollars?”

I nodded, and I said, “And get this: your inventory is in here. So if someone calls you and asks for a book, you can tell them right away whether you have it or not. AND they can look for themselves online, AND they can order titles, too.”

I don’t know what the future of Jerry’s will be. I hope he sticks to what I’ve shown him. It’s not fucking rocket science. Run a vacuum once a week, get some lighting, change the litter box, rotate the stock. Learn to specialize so people come to you for something specific instead of just hoping they’ll want the same crap they could get for two bucks at Goodwill.

I just hope he can keep it together.

And at this point I walked off, and if this were a show, I’d be muttering something under my breath, but the mic on my lapel would pick it up, something like, “My god. Wild Animus. Are you joking?”

Tune in next time for another episode of Bookstore Nightmares, where I’ll hit another failing bookstore, give them the same goddamn advice, they’ll follow it briefly, then ignore me, lose their business, and blame Amazon.