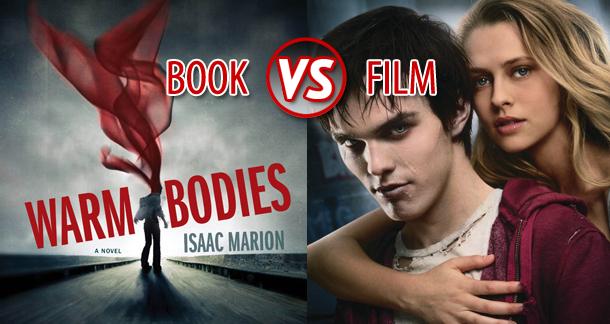 Hold up – zombie romance? Yep, that’s what I’m telling you. Isaac Marion’s book is a Night of the Living Dead take on Romeo and Juliet. Romero and Juliet, if you will. (You probably won’t, and who could blame you?) 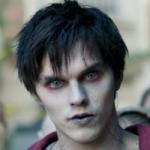 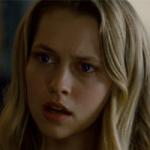 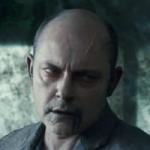 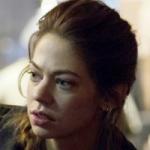 Meet Nora, Julie’s ally who wants to be a nurse. Much like Juliet’s Nurse, you dig?

If it all sounds rather twee and irritating, well, it isn’t. It’s actually dryly clever, a fresh take on tired zombie conventions. R opens the novel with the words, “I am dead, but it’s not so bad. I’ve learned to live with it.” Warm Bodies isn’t, as it’s so often been called, Twilight with zombies. It’s sharp and fun where Twilight is maudlin. It's well-written where Twilight, well, isn't. 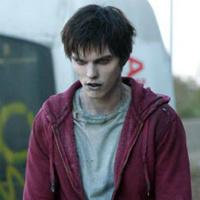 The film gets that most important aspect across beautifully, but in many particulars Levine’s script deviates from its source material. Some things small, some things not so small. For instance, in the book R presumes about himself, “Before I became a zombie I must have been a businessman, a banker or broker or some young temp learning the ropes, because I’m wearing fairly nice clothes. Black slacks, gray shirt, red tie.” The R of the film assumes he must not have been a businessman, because he’s wearing a hoodie and jeans.

It’s a little thing, right? But there are some more significant departures from the book, differences that simplify Marion’s story to a more palatable, teen-friendly 98 minute flick. In the book, The Boneys are the ancient, ruling class of the zombies. They have been dead so long that they’re now skeletons, and with their vast age comes deference and power. The Boneys have the authority to marry R to another zombie and give him and his wife two undead children to adopt.

In the film, The Boneys are nothing but the big bads, the evilest of the zombies. While Marion’s version turns out to be fairly villainous as well, it’s more complex than “Boneys bad; other zombies not so bad.” And freeing the way for teen girls to ‘ship R and Julie to their hearts’ content, the R of the film has no undead wife or children. Fear not, tweens! Nicholas Hoult is single. 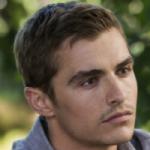 By the same token, Julie’s boyfriend Perry, whose brain R eats, thereby absorbing his love for Julie, is a little bit of a jerk in the movie. He’s played by Dave Franco, captain of smug faced actors everywhere, and he’s brusque and impatient with her, shrugging off her affection. Makes it easy to root for the guy who eats Perry, doesn’t it?

This sort of simplifying is exhibited throughout all of Levine’s film, particularly with an ending I won’t spoil here – and I don’t really think that’s a problem. Warm Bodies the book is elegantly written, darkly comic, lively. Warm Bodies the movie is elegantly filmed, darkly comic, lively. The changes made by Levine translate efficiently to the screen, making for a sleek, brisk film without an ounce of fat on it.

Many adaptations are hampered by slavish devotion to the source material. I think Marion’s book is wonderful, but it doesn’t read like a screenplay. No book should. Levine took the most cinematic portions of the book and updated the rest.

So what are those most cinematic portions? Well, the sharpest part of the book is the idea that zombies crave brains because they crave humanity – memories, passions, dreams.

As always I go straight for the good part, the part that makes my head light up like a picture tube. I eat the brain, and for about thirty seconds, I have memories. Flashes of parades, perfume music…life. Then it fades, and I get up, and we all stumble out of the city, still cold and gray, but feeling a little better. Not ‘good,’ exactly, not ‘happy,’ certainly not ‘alive,’ but…a little less dead. This is the best we can do.

Levine keeps this clever conceit, and as you can imagine, those flashes of memory and life are beautifully filmed, lovely to behold. 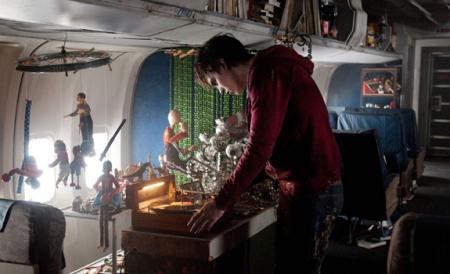 R’s home, an abandoned 747 in which he has made his undead life, makes for one of the great locations of the novel and film, a setting easily pictured and warmly described.

I lead her to Gate 12, down the boarding tunnel and into my home: a 747 commercial jet. It’s not very spacious, the floor plan is impractical, but it’s the most isolated place in the airport and I enjoy the privacy. Sometimes it even tickles my numb memory[…]Sometimes when I ‘sleep’ here, I feel the faint rising sensation of flight, the blasts of recycled air blowing in my face, the soggy nausea of packaged sandwiches. And then the fresh lemon zing of poisson in Paris. The burn of tajine in Morocco.

R plays a record (Frank Sinatra in the book, John Waite in the movie), closing his eyes and taking in the music, and in both, Julie looks at him in wonder.

When my eyes finally open, Julie’s face has changed. The terror has faded, and she regards me with disbelief.

‘What are you?’ she whispers.

This is the most important quality of Marion’s novel that Levine nails in the film. We watch Julie’s feelings for R grow from horror to bewilderment to charm…to eventually love. Marion allows us to believe that a living girl could fall in love with a zombie boy – he fosters that belief, encourages it. The film does the same. We root for R and Julie to fall in love in Warm Bodies, living or dead. The clothes may change, but R and Julie’s affection for one another, and our affection for them, remain the same.

I agree with you. Both are fantastic in their own way. Though, I did miss the Perry from the book when I was watching the film. I'm looking forward the the next book and I hope it is as beautifully written.

The book does this really cool thing philosophically in that it suggests that the zombie curse is a result of losing the Good, the True, and the Beautiful.  The Dead and the Living both have this problem -- Julia gets it and she gives this to R, and in-so-doing, she cures him.  I sort of agree with this.  I wrote it up here: http://trentdejong.com/warm-bodies-the-book/.  I will be dealing with the movie in about a week.