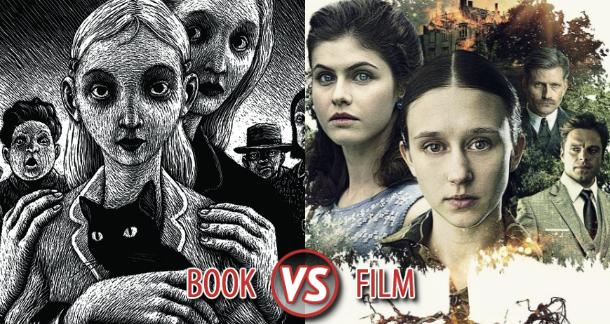 Reading a Shirley Jackson novel, one has the sense of being spellbound or beguiled. It isn’t so much that her writing is surreal, though there is a dreamlike quality to Jackson’s narratives — a quality that dips its toes into the realms of nightmares but never quite fully submerges itself, leaving readers unnervingly aware of horrors at the periphery of consciousness. Violence, too, often stays outside the margins, visible and vibrating, though never quite actualizing. Of course, exceptions do occur, perhaps most famously in her legendary short story “The Lottery,” which ends in an explosive and barbaric, though altogether commonplace, act, but by and large, Jackson is perhaps the master of terrifying her readers by leaving things unsaid, of merely hinting at terrible things lingering like acrid, smoky air around her characters.

Kruger and Passon’s film more or less recreates this narrative for the screen, and in many places they do capture Jackson’s illusory storytelling style...

Because of this more ephemeral, less tangible aspect to Jackson’s writing — and because the critical reappraisal of her oeuvre is sadly more of a modern phenomena — we have seen scant film adaptations of her work. There’s a 1969 short film based on “The Lottery” that many probably saw in middle or high school as a supplement to the reading of the story (and also a staple on numerous YouTube channels). Her most famous novel, The Haunting of Hill House, received two theatrical adaptations and a limited Netflix series that was more remix than remake (read all about the journey from page to screen here).

And then there’s We Have Always Lived in the Castle, a 2018 film based on what is widely considered Jackson’s masterpiece and the final novel published in her lifetime (1962, three years before her sudden death). Written by Mark Kruger, who penned the script for Candyman: Farewell to the Flesh, and directed by Stacie Passon, known primarily for TV work like Dickinson and last year’s The Serpent Queen, the film — at least from a plot standpoint — stays pretty faithful to the source material. The story centers on Mary Katherine “Merricat” Blackwood, whose entire family — minus her sister Constance and Uncle Julian — died from arsenic poisoning years prior. Constance stood trial for the murders, given that the arsenic had been placed in the sugar bowl and only she put none of the laced sweetener on her berries. Merricat had been sent to her room with no dinner as a punishment, and while Julian did ingest the arsenic, it wasn’t enough to kill him, though he did become wheelchair-bound and suffer some mental deterioration as a result of the poisoning. Though she was acquitted, the town citizens still believe Constance committed the crime, and this in addition to the longstanding hatred of the Blackwoods’ snobbish affluence and penchant for exclusionary land ownership have left the remaining family members social pariahs, particularly Constance, who suffers from severe agoraphobia. Only Merricat ever ventures into town to buy groceries and check out items from the library.

Their life of isolation and routine gets disrupted by the arrival of Cousin Charles, himself an outcast from his side of the Blackwood clan, who comes to pay his belated respects to the deceased. He particularly dotes on Constance, who seems torn between the matriarchal role she plays for her sister and uncle and a desire to once again live her life, fueled by fantasies of running off to Italy with Charles. There is a whiff of incestuous romance between the cousins that Jackson leaves vague, although his disdain for Julian and Merricat is quite explicit. It becomes quite clear Charles is only after the riches strewn about the Blackwood estate — many of which have been buried by Merricat or otherwise used in her pseudo-occult and of late unsuccessful rituals to ward off evil. 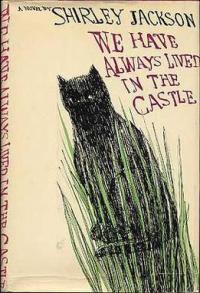 Merricat recognizes Charles’s true intentions and does everything in her power to make him leave. Much like her spells, each of her efforts prove fruitless, so Merricat’s final solution is to set fire to Charles’s room. Mayhem ensues. Charles races to town to fetch help; the fire brigade and other townsfolk show up, and while the blaze is ultimately extinguished, the citizens — their hatred for the Blackwoods at a boiling point — ransack the mansion; Julian locks himself in his room to gather his papers (a never-ending account of the poisoning night) and ends up dying; Constance and Merricat escape the chaos and hide out in Merricat’s encampment in the surrounding woods. Here Jackson reveals that it was Merricat who put arsenic in the sugar bowl all those years ago, a fact Constance always knew, and was fully prepared to take the blame for, even if it meant going to jail for her sister. It is never fully revealed why Merricat decided to kill her entire family (except for Constance, whom she knew didn’t take sugar on her berries), though there are hints that their father John was physically and possibly even sexually abusive toward the girls — the biggest clue being Charles’s resemblance to John, the fact he stayed in their late father’s room and began using his old things and dressing in his clothes, behavior that seems to endear Constance and mortify Merricat. There is even speculation Merricat is actually Constance’s daughter, pointing to the latter’s motherly protection of the former. This could be true, but it’s equally likely Constance’s transformation from young, marriage-bound woman to domestic caretaker is one born of circumstance rather than desire, not to mention a subtle but no less palpable fear of her sister and all she is capable of doing.

The book ends more or less where it began (status quo upheld): Merricat and Constance resume their isolated lifestyle, only without Uncle Julian and the upstairs portion of their home, now completely destroyed from the fire. The townsfolk still keep their distance, though as a mass act of penitence for trashing their house (and also as an extension of the fear they feel toward the reclusive women) they regularly leave food on the front porch, ensuring Merricat no longer has to go into town for supplies. Charles does come sniffing around again, but Constance refuses to answer his calls, and he eventually goes away. The final lines reassert Merricat’s resolve to always protect Constance from harm, a dedication we have always known, but one that has new meaning, now that we know more than we knew before (or at least, we think we know more than before).

Again, Kruger and Passon’s film more or less recreates this narrative for the screen, and in many places they do capture Jackson’s illusory storytelling style (particularly the first dinner scene after Charles shows up). The primary cast — consisting of Taissa Farmiga as Merricat, Alexandra Daddario as Constance, Crispin Glover as Julian, and Sebastian Stan as Charles — all deliver in their respective roles, especially Glover, who is much younger than the Julian of the novel, but who applies his signature oddball intensity to the character with such vigor you hardly notice the discrepancy in age. There are a few minor changes to certain whens and wheres of the narrative that have no significant bearing on the proceedings, but the big changes made, while possibly inconsequential if one separates book and movie, ultimately put too much distance between the filmmakers and Jackson — and as such, those who love the novel will probably feel disconnected from the film. 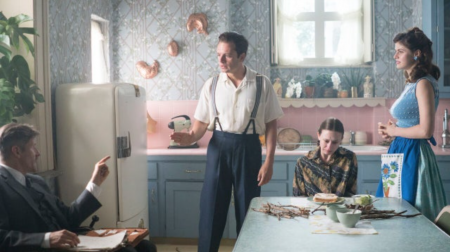 Primarily, Kruger and Passon make explicit what the original author mostly leaves to the imagination. For instance, in the scene where we learn Merricat was the poisoner, Constance thanks Merricat for saving her from their “wicked” father — not an outright acknowledgement of molestation, but a statement much more concrete than anything uttered in Jackson’s work. But the film’s most pronounced departure revolves around Charles and the women’s relationship to him. The romantic chemistry between him and Constance is far more overt — including an effectively icky scene in which the cousins (read: father-husband/daughter-wife) slow dance to the song “Daddy’s Home” by Shep and the Limelites (featuring the lyrics You’re my love you’re my angel / You’re the girl of my dreams / I’d like to thank you for waiting patiently / Daddy’s home, your daddy’s home to stay). Furthermore, whereas Jackson’s Charles is ultimately more bark than bite — a threatener of physical retribution with no follow through — this film version casts him as an overtly violent man who pins both Merricat and Constance to the floor in sexually suggestive positions, further solidifying the incestuous implications of his role as cousin and substitute father.

In the case of the latter attack, which occurs the morning after the fire, Merricat clocks Charles with a snow globe and then stabs him with the shattered remnants, after which the women bury his corpse in the back garden — a far more explosive (cinematic?) end than with his literary counterpart, who is fearsome but ultimately pathetic. There is nothing inherently wrong with this change, except that it does rob Constance of her agency, given that in the novel she casts Charles away on her own and doesn’t have to rely on Merricat to save her, particularly since, moments before he lunges on top of her, she seems ready to give in to his repeated promises of whisking her away to a better life. As such, Constance never actually chooses the cloistered future with her sister she looks forward to at narrative’s end; rather, it is pretty much forced upon her.

All this is to say We Have Always Lived in the Castle is not a bad film, but it certainly is one that, while very nearly faithful to Jackson in both body and spirit, ultimately falls short.

Oh, and it also needed way more Jonas the cat.

Book vs. Film: "The Cabin at the End of the World" Vs. "Knock at the Cabin"

Book vs. Film: "The Cabin at the End of the World" Vs. "Knock at the Cabin" 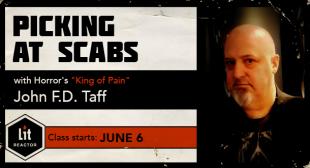 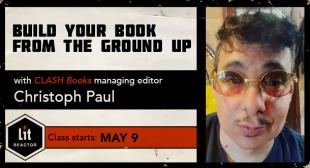 Why Horror Resonates With Autistic Fans