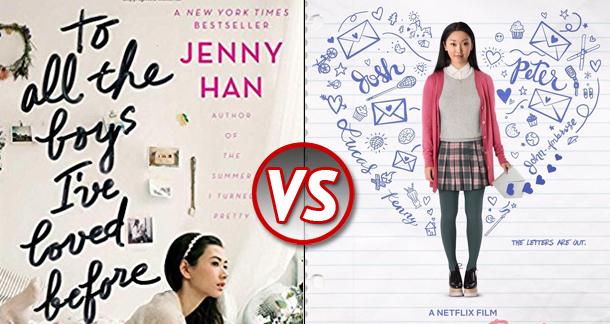 Almost five whole days passed between the moment To All the Boys I’ve Loved Before dropped on Netflix (Friday, August 17, at 3 a.m. EST/12 a.m. PST, a glorious date and time indeed) and the moment I finally clicked “play.”

It’s not that I didn’t want to watch it the second it came out; I have been waiting, breathlessly, for the movie’s release for what feels like eons (technically only three years, but still), and I knew it was going to be good, because the promos and trailers had floored me already. Plus, by the time Friday evening rolled around and I headed to work, my Twitter feed was a glorious shrine to the movie — almost everyone I followed was tweeting their love for the actors, for Jenny, for Peter Kavinsky, for this glorious YA adaptation of a rom-com—two film genres that get looked down on a lot.

I was desperate to watch it, honestly.

But something held me back. It’s like…I knew it was going to be amazing. I knew it was going to shatter norms and rewrite the history and face of YA adaptations. And I just wanted to be sure that when I sat down to watch it, I could give it my full attention, my whole devoted love and affection.

The movie is its own being. It is imbued with the same spirit as the book, but different.

Here’s why I knew this adaptation was going to change the world: it’s already revolutionary as a book, to see an Asian-American girl be the protagonist in a love story, and especially to see that while her race and heritage are themes in her life and story, they are not the theme, the story.

Jenny Han penned an op-ed for the New York Times in which she mentioned that she had to fight to get production companies to agree not to whitewash Lara Jean, which is astonishing to me: her Korean-American identity is woven into the fabric of her character, how could any producer worth their salt want to take that away?

I knew how much this movie was going to mean to so many people, of all ages, across generations, because it is still rare that non-white people get to be the stars of their own stories.

On a different tack, it’s an adaptation of a YA novel, and those films have a…less than stellar track record. Some have done so well — yes, this is where I throw out the inevitable Hunger Games, because it was huge — but I can’t really think of a YA contemporary, a rom-com, that fared so well.

And all weekend, I watched the buzz grow. People tweeted about watching it for a second time, a third. A Twitter account popped up, Incorrect To All The Boys I’ve Loved Before, and it now has more than 1,500 followers. Interviews were published. Journalists started reviewing it. I saw merely one negative tweet about it, and I’ve written it off as an outlier.

Still, I held back.

I read To All the Boys I’ve Loved Before really soon after moving to New York City for the first time. It was 2015, and I was 22, and I was alone in a massive city, going to grad school and trying to make my way in the world.

There’s this specific memory I have, of reading a digital copy on my phone while riding the subway, so immersed in the story that I almost missed my subway stop. I barely made it off the train in time, and even then, it was all I could do not to sit down on a bench, flake on my plans for the evening, and just read.

Reading the book was like being wrapped in a warm sweater, fluffy-sock-clad feet tucked underneath you, drinking something warm. It was comfort, and it was nostalgia, and even though everything about it, from Lara Jean’s heritage to her family to the country she lives in to the romance is like nothing I’ve lived through, it felt like coming home.

I don’t know how else to describe it. This book, to me, was like walking through the door of my childhood apartment after months away and releasing a sigh because I hadn’t realized things were off-kilter, but suddenly, they were back where they belonged.

I treasure this book, this story, so much. There are legitimate reasons to do so, including the representation mentioned above that I can value despite not personally benefiting from; the fact that it was one of the first contemporary YA novels I really really read, and it introduced me to a whole new world of wonder; the fact that it’s just really well-done and glorious and precious and amazing and everything you want from a teenage rom-com.

But the deepest truth is that I treasure it because it speaks to me, for some indefinable reason. And I didn’t know if the movie would do the same.

I hoped it would; I was relatively confident. The clips I’d seen were so adorable already, and I knew other fans were already singing its praises, and honestly Lana Condor and Noah Continuo are the perfect people to portray Lara Jean and Peter Kavinsky…but still.

What if I was disappointed? What if it ruined the books for me? What if it didn’t ruin the book, but it also just…had no magic?

I finished the movie a few hours ago, and the 19 tweets I sent out over the course of my viewing, all of them screechy and happy and gloriously amazed, are solid proof that my fears were for naught.

Not only did the movie not “ruin the book” (which is a really weird fear anyway, don’t get me started on that), but it stands on its own as a movie. It’s not just a piece of art tied to and only able to be enjoyed through the lens of its source material.

The movie is its own being. It is imbued with the same spirit as the book, but different. Watching it isn’t curling up alone in front of a fire with a mug of cider. Watching it is high school slumber parties with my best friends where we giggled and swapped stories about our crushes and watched America’s Next Top Model. It’s spring skies and blooming flowers and something that feels a lot like promise.

It lifted me up, made me feel like I was floating. Made me feel like anything was possible, like love is real, like dreams can come true if we dare to be a little brave.

It represents everything the book does but in a slightly parallel way. It is gorgeously crafted with scenes that made me want to die with how pretty they were and a soundtrack that seamlessly integrated everything.

I would have watched an additional hour and a half, no qualms, just more sister-bonding and fake dating and swooning and friendships with Lucas and Chris.

More. Give me more.