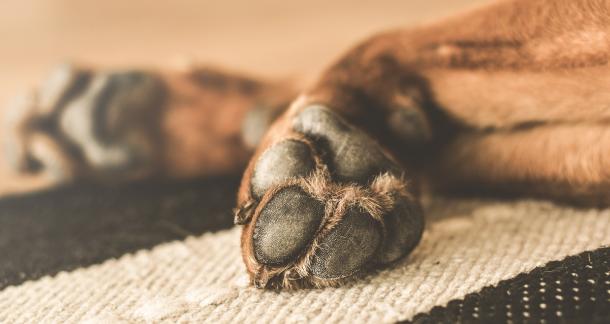 Ah, the Dog Days of Summer. When I was a kid, I thought this the perfect label for those sweltering, stifling days of August when it was so hot that even the dogs could do nothing but dig holes in the cool dirt beneath the porch and wait it out. I’ve since come to know the Dog Days as a reference to Sirius, the Dog Star, and its position rising in the night sky. The ancient Greeks knew it to be a time portentous of disaster—wars, plagues and the wrath of the Gods raining down. At times like now, when the “feels like” temperature is steady at 100, day and night, and the humidity hovers around 90 percent, that wrath is palatable. It’s clear the Greeks were on to something.

But to help you get through it, I’m going to look on the bright side (of the giant flaming ball in the sky that causes me to sweat every time I so much as open my front door). What better way to survive the Dog Days than with a dog-centered novel? So, flip on the AC, fan yourself in front of the open fridge, make yourself a frozen drink or spray yourself with the hose—whatever you need to do to—and then pick up one of these cool canine reads to help you make it to the fall. Or, as we say here in Florida—the summer after the summer… 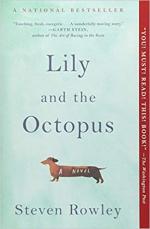 "Lily and the Octopus" by Steven Rowley

It’s no surprise that Steven Rowley’s funny, brilliant, and utterly compelling debut novel is first up on my list. I will be straight-up with you, though, it’s the sort of book that will make you ugly-cry, so here’s a far warning not to finish it in public. The magic of Lily and the Octopus, however, is that it’s far from sappy; instead Rowley builds the relationship between Lily—an aging dachshund—and her human Ted in such a way that their story is absolutely unforgettable and completely relatable, whether you’re a dog person or not. 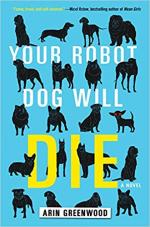 "Your Robot Dog" Will Die by Arin Greenwood

Spoiler Alert—Arin Greenwood’s YA novel is not Old Yeller with robots. While compelling, it’s also zany, a teenage coming-of-age tale set on Dog Island, complete with futuristic technology, corrupt corporations, baddies and, yes, robot dogs. It’s smart, fun, and while it will make you consider how we can better treat our furry best friends, it won’t bring on flashbacks of that time in second grade when you read Where the Red Fern Grows and sobbed into your animal crackers on the swing set. 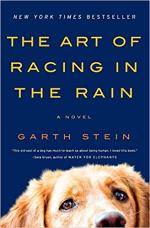 "The Art of Racing in the Rain" by Garth Stein

Now a motion picture, Stein’s classic The Art of Racing in the Rain is, for me at least, the cornerstone of “modern dog literature.” Enzo, our wise dog narrator, is the inner voice we all hope our pets have (though I doubt we’d be so lucky). Looking after his racecar-driving human and his family, and dispensing the knowledge and philosophy only an old dog could offer, Enzo is a dog, and character, that will not soon be forgotten. 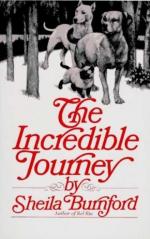 "The Incredible Journey" by Shelia Burnford

Many readers find this story first as a film—either Disney’s 1963 adaption by the same name or the later remake Homeward Bound: The Incredible Journey, starring (the voices of) Sally Field, Michael J. Fox and Don Ameche. The book, written for children but appreciated by all, is the quintessential tale of house pets lots in the wilderness, doing everything possible to find their way home. 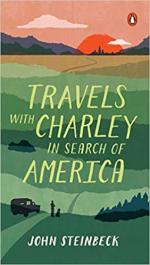 "Travels with Charley: In Search of America" by John Steinbeck

There are still quite a few dog novels that could round out this list—Marley & Me, The Call of the Wild, The Dog Stars, Shiloh—just to name a few that come to mind, but I wanted to wrap things up with one of my favorites, even if it does rest on that precarious ‘memoir’ shelf. Steinbeck’s true account of his cross-country journey with his faithful poodle at his side reads like the Great American Novel all while tackling volatile issues such as race, class and American identity, as relevant today as they were in 1962. Charley plays a smaller role than any of the other dog characters to be found on this list, but if you want to read a book with a dog without anxiously turning every page waiting for the dog to die, then this might be the book for you.

How about you? What is your favorite book that features man's best friend?

Recently my husband gave me a spitz. I named him Mark and fell in love with him very much. But this dog is very naughty, and often mischievous. My friends say that you need to enroll in the Dog training course and teach him obedience. I think they are right and I already found a dog training site.