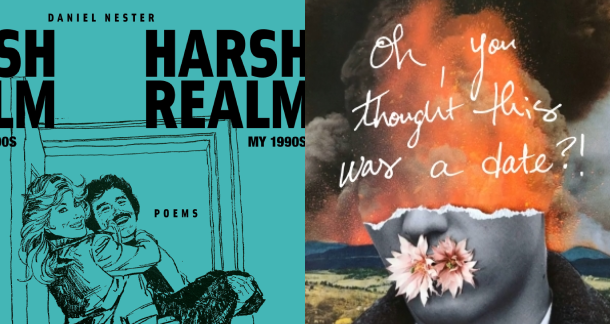 Because you know, pain, sadness, death.

Or maybe it just came on as I was reading and when it did I felt overwhelmed by it all. 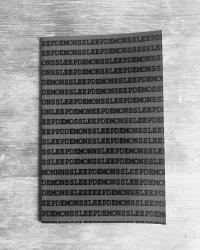 Everything, yo, name it, I was feeling it.

Which has a lot to do with reading poetry, which is why we’re here today, you and I, engaged in this dialogue that doubles as a piece I promised to write for LitReactor and now have. Which is to say, I threatened to pitch LitReactor on a poetry roundup and they called my bluff.

They said you wanted to write fiction and nonfiction roundups and we embraced that, so go ahead read some poetry and write about it.

The issue is not that I didn’t have poetry to read, I got poetry:

There’s Wherever I’m At – An Anthology of Chicago Poetry from the Chicago Literary Hall of Fame, Third World Press and After Hours Press, a gorgeous monstrosity of Chicago love, comprised of 134 poets and 27 artists all telling something grand or granular about the streets, trains, neighborhoods, and people who comprise one of the great, and I would suggest, least appreciated of all American cities.

Harsh Realm: My 1990s by Daniel Nester, a terribly moving mixtape journey through that no longer quite so recent decade, the music of the time, heavy metal and punk especially, New York City, another pretty great American City, and Philadelphia, certainly underappreciated, the poetry scene, parenthood, and all of which is presented with an unavoidable darkness if not outright sadness.

oh, you thought this was a date?! by C. Russell Price, a raw, at times shattering exploration of small town America, poverty, sexual assault, music, and queer culture, and the effort to define all of that in a way that feels completely alive as it bathes itself and the reader in the exigent muck of life and celebrates love, hope, language, escape and the possibility that something beautiful awaits us all.

Sleep Demons by Barry Graham, a slender and introspective series of gut punches, wrapped in pointed narrative and immersed in sex, love, life and the endlessly bitter taste of it all as seen through the loss of relationships and the isolation that comes not only when there is no one present, but even when they are, and are not right or just don’t want to be there.

To recap then, the issue was not, did I have the poetry to read or even did I want to write about it, the issue as I see it and present to you today is that could I handle said poetry?

Handle it you ask? 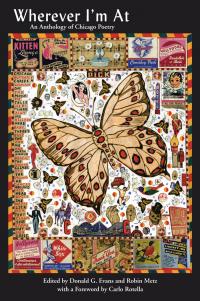 Yes, I’ve never read enough poetry as it is, and unlike other styles and genres of writing and even other art forms, it is the thing I feel like I understand least and can eloquently write about.

Is that reason not to pitch such a piece?

I suspect it the poet’s ability to strip their work down to the most basic elements, none of the fat, digressions or even protections offered by fiction and nonfiction are present.

Poems are streamlined until all that remains are the nerve endings and feelings.

Look, happy shit can crush me too, and what I’m left with is that it may be easy to mock poets for feeling so much, but for this reader, that’s exactly who I want to dialogue with, people feeling their feelings as intently as they damn want to.

“Here, on the shores of Lake Michigan,
where we often believe we’ve avoided
the curse of the coasts…”

"On The Shores of Lake Michigan" / Achy Obejas

So, I open with Wherever I’m At and I’m overwhelmed not just by the sheer range of writing, poets and artists, a number of whom I know, but the celebration of the city I’ve come to love. It’s where I became a writer, husband and parent, and as someone who came of age on the coasts, and who will now defend the sheer breadth of Chicago’s diversity, voices and grandeur, until my last breath, because somehow living here requires that and I’m all in. That and I’m feeling things, period.

“All I’ve ever done is sing along.”

Isn’t the title of this piece enough, do we not know everything we need to know about Harsh Realm: My 1990s by deconstructing what it means that Frank O’Hara and David Lee Roth could have ever met anywhere in anyway. And yet, feelings, there is so much going on in Nester’s work, and so much I love, New York City and punk alone, parenting, but there is also a thread throughout the collection about the act of creation, or maybe being a creative, and how hard it feels to have people be cool about our work, if not celebrate it, and validate that it’s real. That we’re real. That we exist. Maybe we don’t all need that, maybe Nester doesn’t, but I know I do, and feeling his experiences of it, is almost too much. Almost.

I was in a bookstore in Chicago, the Book Cellar, and there was a reading at a long ago AWP, before I was published, writing, but not anywhere yet. Not getting invited to read anywhere certainly. There was this dude in the line-up, and where everyone stood, gesticulated, and did their reading thing, he sat, hoodie on, baseball hat on backwards and pulled low. Ne never raised his head or voice, he just did his short story about alcohol, tacos and / or women and I was spellbound. I wanted to meet this dude, this Barry Graham guy, and I did, and for several years we ran around and did readings, drank, and traveled. We never quite lost touch, we just didn’t see each other, and there wasn’t more writing from him. But then there’s this, Sleep Demons, and it feels like Barry’s been through some shit, though his work always felt that way. Reading the collection killed me a little, but as I read I was also really happy he was putting words to paper.

“A child cannot consent. But a grown person can destroy you.”

That line isn’t even from a poem, it’s from the introduction to a section of oh, you thought this was a date?! titled Now Comes in the Fuckery, a section which contains the tragic and exquisite poem "And How Can it Be That This Means Nothing to Anyone But Me", any or all of which provides an access point and thesis to the collection as a whole. A collection which feels bigger than a collection of something, anything, more akin to a project where someone, this someone being C. Russell Price, has sought to excavate an entire world of pain, violation, joy, and yes, feeling, and construct a means to see it, explore it, organize it, and understand it in such a way that he can say look at this, this is my life in all its messy, at times sad as fuck glory, and I want you to experience what I’ve experienced and know what I know, poetry is my platform, please join me.

Yeah, please join me they say, all of them.

This is what poetry does, and this is why it overwhelms and destroys me, as do these authors and Better Oblivion Community Center for that matter. They extend an invitation to experience what they know and how they’ve lived, and in doing so we feel what they feel.