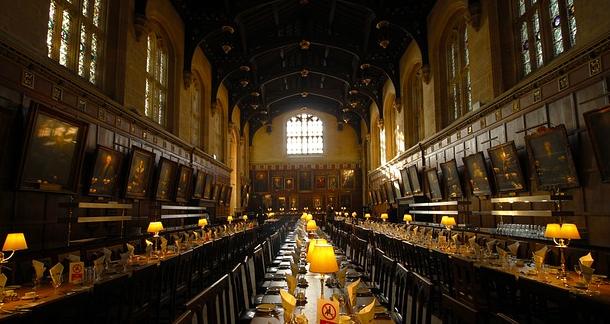 I’m not exactly sure why or how it happened, and this may be an excruciatingly niche observation, but my YouTube recommendations have undergone a slow transformation over the past few months. What started out as more utilitarian-sounding “summer beats” and “lofi hiphop to relax/study to,” selections have somehow gradually mutated into playlists with titles like, “Playing chess with your best friend’s ghost by candlelight,” “Studying with poets long gone,” and “Your elite new boarding school turns out to be more sinister than it seems.” You know, scenarios we can all relate to.

It may have been via these compilations that I first ran across the term “dark academia,” but it could have just as easily been on Instagram or some other channel. Regardless, my first impression was that it seemed like a trend very tied to electronic media; one of a number of internet subcultures that have cropped up largely during the past year, such as “cottagecore” and its many varied offshoots (I’m partial to mosscore). It’s not too difficult to figure out the gist of the general concept behind dark academia once you’ve seen a few examples. For the uninitiated, it focuses on the romanticization of classical academics, but with a darker, more gothic edge—exactly as the name implies. Picture, if you will, college spires rising into cloudy skies, lots of blazers, and the reading of tattered books while leaning against a window streaked with rain.

For the uninitiated, it focuses on the romanticization of classical academics, but with a darker, more gothic edge—exactly as the name implies.

It’s easy to view these aesthetic subcultures as trends of small consequence, but I think it’s more interesting to speculate about their evolution against the scope of other romantic movements. The German poet Friedrich Schlegel, who is credited with being one of the first to use the term “romantic” to describe literature, defined it as "literature depicting emotional matter in an imaginative form." The use of “romantic” in these terms is admittedly vague, but if you hone in more specifically on the Western literary movement of the late 18th and early 19th centuries, it’s not too difficult to spot a few parallels between what was happening in the world then and what was happening in 2020 onward. The British Library notes of the romantic poets, “There was an emphasis on the importance of the individual; a conviction that people should follow ideals rather than imposed conventions and rules. The Romantics renounced the rationalism and order associated with the preceding Enlightenment era, stressing the importance of expressing authentic personal feelings.” Maybe it’s a bit of a leap, but that doesn’t sound too far afield from the current ongoing rejection of the corporate, capitalist culture that’s been such a huge part of the past few decades.

Cottagecore is clearly a celebration of a simple, bucolic life that seems to have sprung from a desire for coziness, peace, and introspection during difficult times, but what about dark academia? One might posit that, given the difficulty of attending school over the past year, an academic lifestyle might suddenly seem a bit more desirable, and even a tad nostalgic. Throw in some memories of reading Harry Potter, the plots of which hinge on groups of people living together in a castle, and you’re almost there. Others, however, speculate that there's something more sinister than basilisks lurking in the shadows of the dark academia aesthetic. Salon (not too shockingly) has some loftier explanations, stating that “the dark academic aesthetic celebrates the world of elite colleges in particular, imbuing them with an almost glamorous sense of danger, but its literary counterpart leans much harder on the danger, with plots that dismantle the very fantasies about prestigious education the aesthetic thrives on, creating a tension between colleges as ennobling institutions vs. sites of tragedy, literal and ideological violence.” The author of the article goes so far as to connect the threatening aura of dark academia to the student debt crisis. It is worth noting that novels which are trending in part due to this aesthetic, such as Donna Tartt’s The Secret History (the publication of which predates any of this conversation about internet mood boards) don’t exactly take place at dental school, or the University of Phoenix. There’s less room for the arcane, it’s not so divorced from everyday reality; part of the darkness of these books goes hand-in-hand with the rituals of elitism that creep into the background and fester away from the prying eyes of the public.

Are aesthetics like dark academia part of larger cultural cycles, or just a quick, passing, isolated moment in time? Are you also listening to "Sobbing alone in front of a haunted piano" on YouTube while you make dinner? If you’re looking for a few titles to bring with you to a park bench while watching the leaves fall, you might consider The Maidens by Alex Michaelides, A Separate Peace by John Knowles, The Magicians by Lev Grossman, The Oxford Murders by Guillermo Martinez, or The Ghosts of Harvard by Francesca Serritella, to name a few. Just watch out for that looming shadow behind the dormitories.

Oliviaalee on YouTube
Header image is free for commercial use from Pixabay.

The Curious, Poetic Lives of the Rossetti Siblings