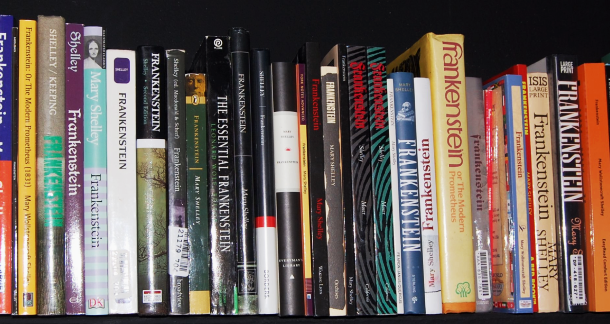 Mary Shelley, nee Wollstonecraft Godwin, was born on August 30, 1797. When she was nineteen, she had a dream about a hideous man, stretched out and brought to life, that sparked a story that changed literature. Now, over two hundred years later, Frankenstein is so embedded in our modern psyche, that even people who haven’t read the novel know the general premise and recognize the creature that walks amongst its pages.

It’s a story about man’s attempts to overcome nature and defy the rules of science. While defying the gods has existed in storytelling long before Shelley created her modern Prometheus, replacing the gods with science was an evolution in literature that arguably launched the science fiction genre. But like those who defied the gods in ancient stories, Victor quickly learns how dangerous his defiance is, and has to deal with the consequences of his actions for the rest of his life.

While it’s easy to see this thread of learning humility in the face of great scientific endeavors as a common theme in modern science fiction and horror, Frankenstein is about more than that. It’s about finding our humanity, both individually and as a society. How we can wrongly rage against the persecuted and exact our wrath on the oppressed. It’s about justice and vengeance, longing and desire, and what we can do versus what we should. In short, Frankenstein is a study of what it means to be human.

To celebrate Frankenstein Day, we’ve compiled five novels that each capture the essence of the original, while creating a story that is entirely new. Some are fantastical, others more modern, but they all embody the endless struggle of right and wrong, life and death, acceptance and rejection, and ultimately, love and loss. 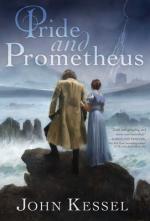 "Pride and Prometheus" by John Kessel

Mary Bennet is the quiet middle sister, often overshadowed by her sisters’ antics. But her longing for a husband is just as strong. When she meets the enigmatic Victor Frankenstein, their growing attraction gives her hope that she may finally have found love. But Victor has secrets weighing him down. The Creature he brought to life lurks in the shadows, threatening Victor with violence if he doesn’t make him a bride. As Mary tries to get closer to Victor, the Creature makes one final and shocking attempt to force Victor’s hand.

By linking the longing of companionship in both Mary and the Creature, Kessel captures the heartbreaking humanity the original Creature struggled with in Shelley’s work. But Mary and the Creature share more than the desire to be seen, they’re both judged by society and punished not because of their actions, but by the public’s reactions. Their journeys become entwined, and Kessel manages to interweave both the voice, tone, and themes of multiple pieces of literature, stitching together something entirely new.

Get Pride and Prometheus at Bookshop or Amazon 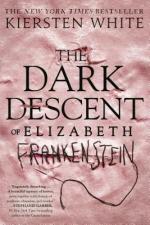 "The Dark Descent of Elizabeth Frankenstein" by Kiersten White

Abused and neglected, orphan Elizabeth Lavenza sees the chance at a new life when she’s taken into the Frankenstein home. Victor is a serious boy who has everything except a friend. And that’s something Elizabeth can be. She makes herself indispensable, winning over the family and then Victor. But his temper is mercurial, and her new life depends on his moods. Elizabeth is a girl who knows darkness. And she’ll do whatever it takes to survive.

Frankenstein is a story about not just life and death, but what it means to be alive. Elizabeth Lavenza is largely in the background in the original novel, but White takes her ignored presence and brings her to life. Of all the characters besides the Creature, Elizabeth deserves the chance to take control of her own destiny, and White allows her to do exactly that in this fiercely feminist retelling.

Get The Dark Descent of Elizabeth Frankenstein at Bookshop or Amazon 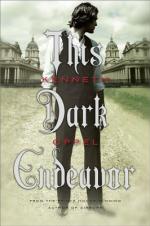 "This Dark Endeavor" by Kenneth Oppel

The Frankenstein twins, Victor and Konrad, are inseparable as children, never leaving each other’s side. But then Konrad gets deathly ill and Victor will do whatever it takes to save his life. He discovers an ancient formula in the depths of the Forbidden Library promising the Elixir of Life. But he needs an alchemist to help create it. His friends Elizabeth and Henry embark on the journey with him, scaling the heights of the forest in Strumwald, diving to the depths of lake caves, even going so far as to sacrifice body parts in their search.

In the original Frankenstein, Victor is driven by ego and a fear of death, but in This Dark Endeavor, Oppel gives emotional resonance and urgency to that obsession. Though it might seem convenient to add a twin brother, the twist on the story allows the reader to see a slightly more human side to Victor, where his motivations are born out of love rather than selfishness. The first in a duology, the story serves as a prequel to the original, offering speculation on how grief can shape us in our youth and grow into something dark and disturbing.

Get This Dark Endeavor at Bookshop or Amazon 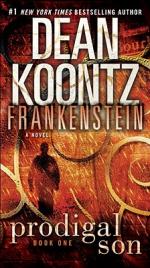 Deucalion is a tattooed man with terrible secrets. He stalks the streets hunting a serial killer who seems to be trying to find specific pieces in each of his victims. Detective Carson O’Connor is tough as nails and carries her no-nonsense attitude like a weapon. When her investigation leads her down the path of conspiracy theories about centuries old creatures who aren’t entirely human, her reputation is questioned. But Deucalion knows she isn’t as crazy as she sounds. The man they’re after is more than a deranged killer—it’s also the creature's maker.

Though the end of Frankenstein sees Victor die and the Creature determined to end his own life, Prodigal Son imagines a future where both monster and scientist were doomed to eternal life, embroiled in the same struggles endlessly. Victor is a victim of his passions and the Creature is burdened with a greater understanding of humanity than the humans around him. Of the two, Victor was always the one lacking empathy, and Koontz and Anderson do a sublime job bringing the true terror of Victor’s machinations to life in a modern setting.

Get Prodigal Son at Bookshop or Amazon 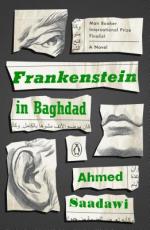 "Frankenstein in Baghdad" by Ahmed Saadawi

Hadi is an oddball scavenger who is a fixture at a local café in rubble-strewn US occupied Baghdad. He collects body parts and stitches them together to create whole corpses so that the government is forced to recognize the dead as people and give them the burial they deserve. Or so he says. But when a corpse goes missing, it sparks a series of brutal murders throughout the city. Rumors spread through the streets about a monstrous criminal, horrendous to look at and impossible to kill. Hadi knows he’s somehow brought a monster to life that needs flesh to survive. But when it moves from targeting the guilty to anyone in its path, Hadi has to destroy the monster before it ravages an already damaged city.

A haunting story that captures a gothic setting in modern, war-torn Iraq, Frankenstein in Baghdad reimagines and highlights the violent atmosphere of Shelley's original novel. Saadawi takes Victor’s obsession with life and extends that to an entire society. Frankenstein is about the escalation of violence and the consequence of our choices, and in set in Iraq, torn apart by war and left in rubble, this retelling captures the frenetic urgency of Victor searching for answers in all the wrong places and highlights how frequently we do the same in everyday life.

Get Frankenstein in Baghdad at Bookshop or Amazon

Everything You Need To Know About the 2021 International Booker Prize Shortlist
What Scares You? 30 Terrifying Horror Stories Straight Out Of Your Worst Nightmares